It’s Valentine’s Day weekend, so if you’re looking for the best romantic movies to watch right now, you’ve arrived at the right list. Our recommendations include classics like Casablanca, romantic comedies like 50 First Dates, and heartbreaking dramas like Portrait of a Lady on Fire. There’s also Fifty Shades of Grey, which doesn’t fit any of those categories, but is perfectly enjoyable nonetheless. You’ll find something to fall in love with here.

In our list of the best Valentine’s Day movies to watch this year, we’ve put together a mix of old and modern classics, some newer releases, and others we think you’ll be searching for. Check it out below.

This isn’t the most traditional of Valentine’s movies, but Apple TV+ released it the weekend ahead of the big day for a reason. Directed by Josephine Decker and adapted from Jandy Nelson’s novel of the same name, it’s a movie as much about first loss as it is about first love, following 17-year-old Lennie (Grace Kaufman), a high school girl whose older sister suddenly dies. While trying to process her grief, Lennie quickly falls for a new kid at school (Jacques Colimon), and also develops complicated feelings for her sister’s boyfriend who keeps coming around the house. It’s a tender story elevated by Decker’s dreamy direction.

Portrait of a Lady on Fire is a simmering love story designed to devastate and delight. Céline Sciamma directs the French film, which is set in the 18th century and revolves around the affair that develops between an artist and her subject, a young aristocratic woman who is about to be married off. The chemistry between the leads, Noémie Merlant and Adèle Haenel, is a joy to watch in action, made all the more upsetting because of the pervasive knowledge that there’s a hard expiration date on their relationship.

Barry Jenkins followed up his coming-of-age drama Moonlight with this beautiful James Baldwin adaptation. Set in Harlem in the ’70s, it follows Tish (KiKi Layne), a young pregnant woman, as she fights to clear the name of her fiancé (Stephan James) after he’s arrested for a crime he didn’t commit. It’s a delicate, emotional love story with two excellent leads and great supporting performances, especially Regina King’s Oscar-winning turn as Tish’s mother.

Where better to start than the movie named after the holiday? This is one of those big ensemble romantic comedies of yore where nothing really happens but all the love stories are somehow connected, and it stars — let me take a deep breath — Julia Roberts, Jennifer Garner, Bradley Cooper, Anne Hathaway, Kathy Bates, and Taylor Swift (!), among others. They literally do not make ’em like this anymore.

An all-around excellent movie, 10 Things I Hate About You is a modern adaptation of The Taming of the Shrew set at a high school. Julia Stiles plays the sardonic, ill-tempered Kat, whose general bad attitude keeps her from dating, which complicates things for her younger sister, who isn’t allowed to date until Kat has a boyfriend. Because this is a rom-com, an elaborate plot is hatched to get the school’s resident bad boy, Patrick (Heath Ledger), to make Kat fall for him so everyone else can date each other in peace.

Ever heard of it? Look, I don’t have to tell you about Titanic. You know Titanic, you love Titanic, you’ve cried to Titanic. Near, far, wherever you are, I believe Titanic will, at one point, come for us all. If you like to cap off Valentine’s Day with a good sob, well, here you go.

Remember when Fifty Shades of Grey, which follows a college student who begins a BDSM-lite relationship with a rich guy, was all anyone could talk about? It’s kind of crazy to remember that this movie helped launch both Dakota Johnson and Jamie Dornan’s movie star careers, in the same way it’s crazy to remember that Twilight launched Robert Pattinson and Kristen Stewart. (Which is a fitting comparison, since Fifty Shades began as Twilight fanfiction.) There are two more films in the series, if you want to make it a marathon.

Often imitated, never duplicated, The Notebook is without a doubt the best Nicholas Sparks adaptation we will ever get. Ryan Gosling and Rachel McAdams star as a couple who fall in love in the ’40s, are torn apart by circumstance, and at one point dramatically kiss during a rainstorm. In the present, an elderly man recounts their love story to a nursing home patient.

The Princess Bride, a fairy tale about a farmhand who goes on a grand adventure to be reunited with the girl he loves, is a total classic. The sweeping romance is certainly one very good reason to watch it, but an excellent performance from the inimitable Mandy Patinkin is what you’ll remember best.

After We Collided is somehow the second movie on this list that was originally based on fanfiction — in this case, about Harry Styles! Anyway, this is the second installment in the After series, picking up after Tessa (Josephine Langford) and Hardin (Hero Fiennes Tiffin) have broken up and following their incredibly intense reunion. These movies aren’t “good,” but they are perfectly stupid antidotes to all the genuine romantic movies out there. The third After film, After We Fell, came out in 2021, and there’s at least one more to go.

Julia Roberts’ face is carved into the Mount Rushmore of rom-com queens for a reason. Pretty Woman is essentially that reason. Sure, she starred in some other greats, but only one centers on a corporate raider (Richard Gere) who accidentally falls for the sex worker (Roberts) he hires to be his girlfriend for a week. It has everything: the iconic shopping scene, the iconic necklace scene, and the iconic Roy Orbison song that’ll be stuck in your head for the rest of your life.

Before he was TV’s saddest man, Matthew Macfadyen starred in the best Jane Austen film adaptation of all time. (Yeah, I said it! I’m not afraid!) Joe Wright directs this version of the classic story, where the headstrong Elizabeth Bennett (Keira Knightley) meets Mr. Darcy (Macfadyen), whose deep-set emotional repression complicates their fledgling connection. You haven’t lived until you’ve seen Tom Wambsgans flex his hand.

Adam Sandler stars as a veterinarian who meets and falls for an art teacher (Drew Barrymore), only to learn that she suffers from a unique case of amnesia that causes her to forget him the next day. I love this movie for its insane premise, and for how thoroughly Sandler and Barrymore sell it.

This classic drama is set during World War II and stars Humphrey Bogart as a nightclub owner in Casablanca, who’s forced to choose between his love for his former girlfriend (played by Ingrid Bergman) and helping her and her rebel husband escape to America. There are few better films to watch on the day of love.

Baz Luhrmann is completely out of his mind in the best way, which makes this adaptation of Shakespeare’s romantic tragedy work. In his usual big, bombastic style, Luhrmann reimagines Romeo and Juliet as a modern-day story where the Capulets and the Montagues are two rival gangs living in a fictional beach town. Romeo and Juliet are played by Leonardo DiCaprio and Claire Danes, respectively, but the real star is John Leguizamo as Tybalt.

This rom-com is based on the actual love story between Kumail Nanjiani and his wife, Emily V. Gordon. Nanjiani plays the fictionalized version of himself while Zoe Kazan plays the fictionalized version of Emily, whose sudden diagnosis with adult-onset Still’s disease — and the coma she falls into — throws a major wrench into their burgeoning relationship. While Kumail and Emily’s story is undoubtedly the thing that drives The Big Sick, Ray Romano and Holly Hunter, who play Emily’s parents, are the movie’s grounding forces. You’ll probably walk away from this just wishing they could adopt you. 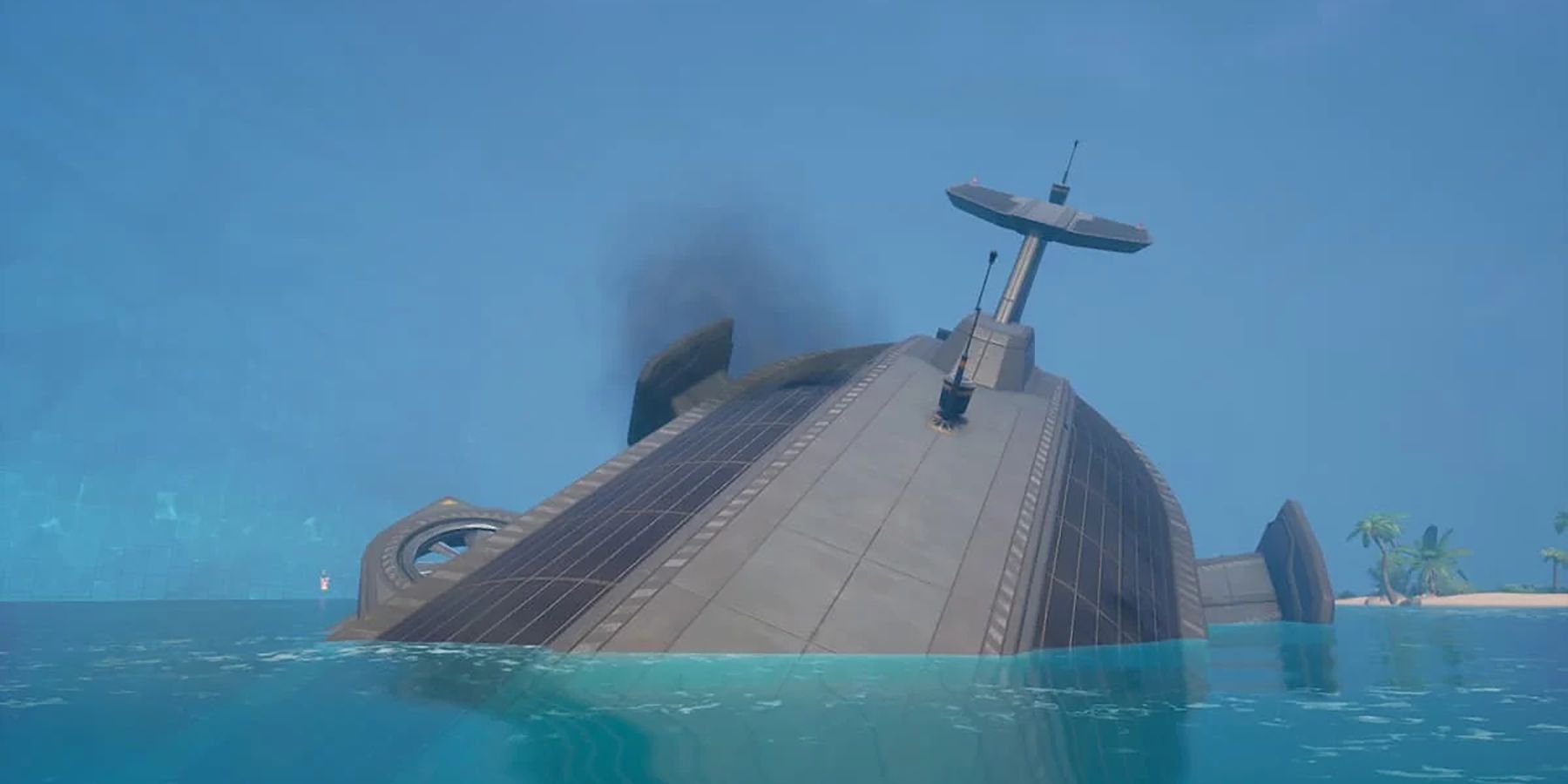 How to Recover a Data Drive from Daily Rubble