By retconning the lesser sequels and simplifying the story, Halloween 2018 saved its series. Terminator 7’s franchise reboot should follow suit.

If the Terminator franchise is to be successfully rebooted with a future installment like Terminator 7, the series needs to co-opt the strategy adopted by 2018’s successful Halloween series reboot even though this would radically alter the tone and timeline of the movies. Few franchises fell from critical grace as quickly as the Terminator series, although the Halloween series gives the sci-fi horror franchise a run for its money. When the original sci-fi horror was released in 1984, The Terminator was a hit with audiences and critics alike, quickly becoming a cult classic thanks to the ruthless efficiency of its bloody set-pieces and its memorable titular villain.

1990 saw the franchise’s critical standing improve even further with the release of Terminator 2: Judgement Day, a bigger, more ambitious sequel that is still viewed by many fans as the high point of the series. However, from the moment that Terminator 3: Rise of the Machines cut Sarah Connor’s pivotal supporting role (and all-important death scene), the series began a slide into critical ignominy from which the sequels have still not emerged. Now, three failed reboots later, the Terminator series seems irreparable to many former fans—although one similar franchise may hold the key to a successful rebirth for the troubled sci-fi action movies.

The Halloween movies followed a similar trajectory to the Terminator franchise, with the third movie in the series (the still-underrated Season of the Witch) trying to change the formula and the rest of the sequels and reboots that followed falling flat with reviewers. However, director David Gordon Green’s 2018 Halloween reboot saved the series by ignoring everything after 1978’s Halloween and following on from the first film. As Rick & Morty proved, the Terminator movies fell apart thanks to their knotty chronology, making it impossible for casual viewers to follow numerous intersecting versions of the same timeline. Similarly, the Halloween sequels and Rob Zombie’s remake muddied the story of Michael Myers beyond recognition, meaning that 2018’s Halloween choice to retcon these sequels streamlined the story of the series while also keeping the tough, iconic heroine of the franchise. A prospective Terminator 7 should do the same, picking up where the first two movies left off and ignoring the mess that followed.

Director David Gordon Green’s Halloween reboot disregarded the confused, self-contradicting continuity and complicated plot of the slasher sequels in favor of simply picking up where the original movie left off. This approach also allowed the creators to bring back the mercilessly scare-focused horror tone of John Carpenter’s original Halloween, as the series was no longer bogged down by backstory and could get straight to building up tension and paying it off with brutal kills. It was a merciless but also simple story and few viewers missed the unnecessary lore of the Halloween sequels when offered an easy-to-follow but hard-to-watch horror sequel whose suspense and gore almost matched the iconic original Halloween.

Each Terminator followup, from the soft reboot Salvation to more complete continuity overhauls like Genisys and Dark Fate, has made the story of the series more complicated, more exhaustingly over-detailed, and harder for a newcomer to enjoy. For example, Terminator: Dark Fate’s opening scene killed off John Connor, which might have been an impactful shock after the action of Terminator 2: Judgment Day. However, this surprise instead came after Genisys had already killed off his adult self and turned him into a Terminator, Salvation had also killed him off (sort of) before reviving him by sacrificing its other lead, and Terminator 3: Rise of the Machines saw him fail to stop Skynet from triggering the nuclear apocalypse. The endless explaining that these twists and turns required sapped each sequel’s narratives of momentum and left the Terminator movies feeling like a leaden letdown, resulting in the potentially shocking opening scene of Dark Fate being just another retcon of an already over-complicated plot.

The fact that it is too late for Terminator 7 to bring back John Connor proves how profoundly the series has overwritten and complicated the winning formula of the first two movies. The first two Terminator movies thrived as a pair of chase thrillers first and foremost, akin to the Mad Max movies but centered around avoiding an impending apocalypse instead of surviving one that has already occurred. In contrast, Terminator: Salvation was a futuristic war movie, Genisys was a recast remake of the first movie with a new timeline, and Dark Fate was a grim, dark slog. None of the sequels have recaptured the simple appeal of watching Sarah Connor escape an unstoppable, unthinking, unfeeling Terminator or seeing Sarah and John team up with the T-800 to elude the deadlier T-1000.

If a new Terminator reboot could save the series, the way to do so would be by borrowing Halloween 2018’s approach. The new movie would need to disregard overlapping, over-complicated timelines and return to the simplicity of 1984’s original The Terminator, crafting a thrilling and tense chase narrative out of the titular villain hunting down human protagonists. Fortunately, even though both the Halloween reboot and any successful Terminator reboot would have the structure of a slasher thriller, the Terminator movies do provide enough of a blueprint for the franchise to maintain its own identity.

What Terminator 7 Needs To Do Differently From Halloween 2018

Unlike Halloween’s 2018 reboot, the Terminator series does not need to disregard everything after the first film. Rather, the sci-fi series should not ignore its first sequel as many fans felt the franchise peaked with Terminator 2: Judgment Day. As such, the events of Terminator and Terminator 2: Judgement Day could remain canon in the event of a reboot, meaning the series could still bring back the T-800 and T-1000 but could forget lesser villains like the under-utilized Rev-9 and the T-X. The rest of the Terminator franchise, and all the accompanying backstories that its canon includes, should be disregarded by a more vital, fast-paced Terminator sequel. Unburdened by fealty to an overcomplicated franchise timeline, this Terminator 7 could bring a sense of urgency and impact back to the series for the first time in years, much like 2018’s Halloween reboot did.


Cathal Gunning has been writing about movies and TV online since 2020. His obsessions include The Simpsons, Stephen King, the Scream series, and the horror genre in general. He has spent more time thinking about Stranger Things than the writers of Stranger Things, and he has never seen a Star War. 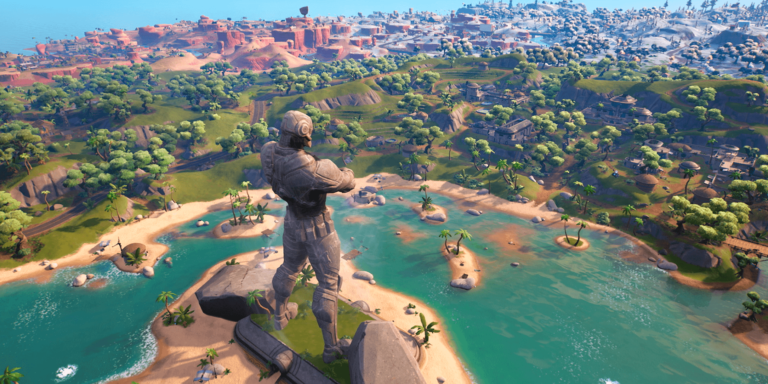