BALTIMORE — Leaning against the white cinderblock wall in the visitors media room after beating the Baltimore Ravens in overtime 16-13, Pittsburgh Steelers quarterback Ben Roethlisberger had a message for the NFL.”Give him half a sack,” Roethlisberger said as he replaced outside linebacker T.J. Watt on the podium. “Start the petition.”Just a few hours earlier, Watt tied Michael Strahan’s NFL single-season sack record with 23 seconds left in the first half. Watt nearly had at least one more, which would have given him sole possession of the record.”I don’t know if any of this has hit me,” Watt said of tying the record. “It’s not just myself. It’s so many other people involved, great players, coaches, schemes and a lot of unselfish guys in the locker room that allow me to make plays. So that record is not just mine.”The win kept the Steelers’ playoff hopes alive in what was likely Roethlisberger’s last regular-season game as the Steelers’ quarterback. With the Jacksonville Jaguars’ upset of the Indianapolis Colts, the Steelers made the playoffs as the No. 7 seed after the Las Vegas Raiders beat the Los Angeles Chargers 35-32 in a walk-off win in overtime on Sunday night. Had the Raiders and Chargers tied, the Steelers would have been eliminated.”We still have a pulse if you give us a chance,” Watt said ahead of the Sunday night game. “To get us in the dance, anything can happen, and that’s where we are right now. So, [we’re] hungrier than ever. We want to continue to play football, continue to make plays. A lot of guys in there are ready to get into the facility tomorrow, watch some film and move forward.”Watt not only recorded the historic sack for a total of 22.5 total this season, he also had three quarterback hits, a tackle for loss, a batted pass and a forced fumble — all despite being doubled most of the game.Watt got his lone sack of the afternoon with 23 seconds left in the first half, coming around the edge, beating Ravens tight end Eric Tomlinson and left tackle David Sharpe and bringing down quarterback Tyler Huntley for a loss of 3 near the goal line.He hugged and high-fived his teammates on the field before the next play. Before that official sack, Watt had two near-sack opportunities. On the first, he appeared to sack Huntley and force a fumble as Huntley scrambled to recover from a botched snap. But the Ravens’ scorer officially listed the play as a forced fumble.Late in the second quarter, Watt wrapped up Huntley and brought him down with Cam Heyward’s help. But Heyward was whistled for unnecessary roughness, and the half sack was negated.”I couldn’t be more excited for that dude,” Heyward said. “I knew he was a little bit nervous starting the game. As a team, you just want to see a guy succeed. I’m sure T.J. is going to tell you, he can’t break that sack record without a bunch of other guys helping. [Chris] Wormley, [Isaiahh] Loudermilk, [Alex] Highsmith. There’s a lot of contributing factors to that. It takes great coverage to do that as well. When a guy like that breaks the record and is going to be cemented in the NFL forever, I’ve never seen someone break that record. To see it happen with the Pittsburgh Steelers is special.”Watt reached Strahan’s 2001 milestone despite missing two games and nearly all of a third. Strahan set the record in 16 games.To get to this point, Watt played through multiple injuries, including a lingering groin injury and hip and knee injuries sustained on a sack of Jared Goff against the Detroit Lions.Watt, voted the Steelers’ MVP by his teammates for a third consecutive time, entered Sunday’s regular-season finale just one sack away from the record after bringing Cleveland Browns quarterback Baker Mayfield down a career-high four times Monday night.Just before the season, Watt, 27, signed a four-year, $112 million extension with the Steelers that made him the NFL’s highest-paid defensive player, cementing his status as one of the premier players in the league. He has been a focal point of opponents’ pass protection, yet he’s still one of the league’s most disruptive and dominant players.Through Week 17, Watt generated a sack on 6.1% of his pass rushes, the highest single-season sack rate in the Next Gen Stats era. He also has the third-highest pass rush win rate in the NFL when lined up as an edge defender, defeating his block within 2.5 seconds 25% of the time. Only Myles Garrett (28%) and Josh Sweat (26%) have higher pass rush win rates on the edge this year. Watt also has four forced fumbles and three fumble recoveries.Earlier in the season, Watt missed a week of practice after testing positive for COVID-19 but returned to record 3.5 sacks vs. Ravens quarterback Lamar Jackson. He also rushed Jackson’s incomplete pass attempt on what would have been a game-winning 2-point conversion, allowing the Steelers to hold on for a 20-19 victory.To prepare for that game while in isolation, Watt ran laps around the trees in his backyard. 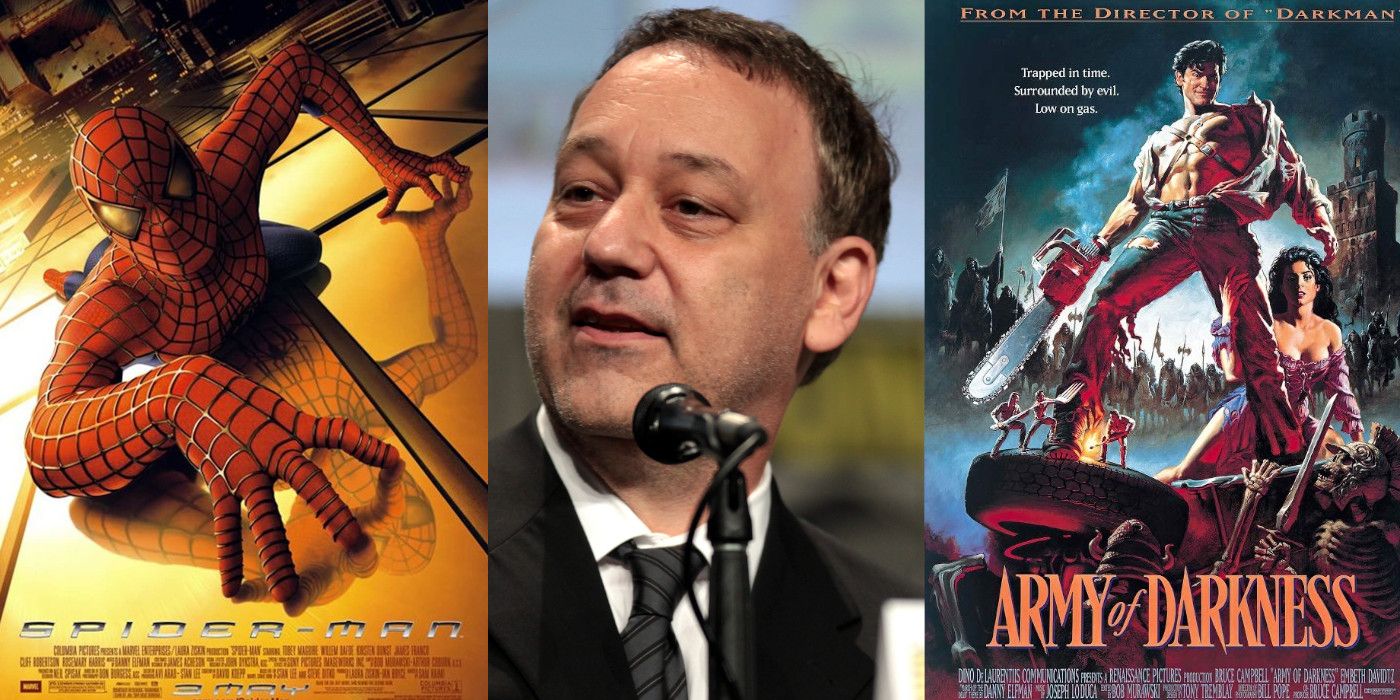 The 10 Best Sam Raimi Movies, According To Rotten Tomatoes