Sunrun: ‘ESG’ Is For Everybody Screws The Government – Muddy… Muddy Waters is short Sunrun Inc (NASDAQ:RUN) because we see it as an uneconomic business built on three shaky pillars: The equity story of exaggerated “Subscriber Values” and “Gross / Net Earning Assets”, funding growth through abusing tax incentives, and issuing ABS that could be exposed to a RUN bankruptcy. These pillars, in turn, are built on a foundation of dubious financial models. If one of these three pillars wobbles, RUN would likely face a funding gap and would require equity issuances to continue growing. Insiders have already become ultra-wealthy, having net sold shares since July 2020 for $205.9 million. RUN is on its third CFO since January 2020.

Get The Full Ray Dalio Series in PDF

Get the entire 10-part series on Ray Dalio in PDF. Save it to your desktop, read it on your tablet, or email to your colleagues

To create an equity story, Sunrun builds models that appear significantly divorced from reality. The below comments on the modeling are from a former finance employee at RUN (who worked with its models):

“That $3,000 [per customer] of renewal value is not real value. You should be very skeptical there… and you know, I would say there’s significant creative license taken in calculating those renewal values. They’re nowhere near what they should be; they’re not being conservative… and in those numbers, in fact, it’s the opposite. They’ve been quite aggressive, right?”

“Now the in terms of the non-GAAP metrics like Subscriber Value that are used to basically explain to the Street and to investors, what are the underlying economics at a customer level… those numbers are completely, I wouldn’t say they’re made up numbers, but there’s no validation… You should be highly skeptical.”

We believe that a realistic range for Net Earning Assets is $426 million to $1.0 billion, an adjustment downward of between -77.5% and -90.4%. We explain our assumptions, and why we believe they are far more realistic than RUN’s, herein.

Sunrun has bamboozled the IRS by inflating the tax bases of its Power Purchase Agreements. Working with pliable appraisers, it turns systems for which arms length buyers claim tax bases of $3.38 / watt into approximately $5.00 / watt. We believe that this inflation is impermissible, especially considering that part of the basis inflation comes from including the value of the anticipated tax benefits in the basis itself.

“Appraisers, they usually discard the comparable sales method, on the theory that it’s hard to find good data, which is a little hard to believe in the solar rooftop market, since most of these same companies make direct sales to consumers.”

“Then when you get IRS audited, there’s nothing much they can say. Of course, they do not have the solar expert[s] to do it.”

A whistleblower filed a complaint with the IRS in 2018 detailing this abuse, and apparently has provided significant evidence to the IRS. Were RUN’s basis inflation disallowed on a go forward basis, we estimate that it would have an approximate $0.50 / watt funding gap to fill, which would imperil its ability to grow. With one of RUN’s partnerships subject to a recently concluded audit pending a final determination from the IRS, we estimate that RUN could be liable for as much as $948 million – excluding interest and penalties. This could be well in excess of the amount insurers would contribute.

The below table summarizes our estimates of RUN’s actual PV System values ​​across the three IRS Methods for Q1 2022, as well as our adjustments:

Sunrun relies on ABS issuances to finance its growth – we estimate that RUN’s securitizations fund approximately $2.00 per watt. We believe that the ABS are exposed to bankruptcy risk because RUN has not created a reserve to remove or service customers’ solar systems. RUN effectively purports to have transferred the assets of its PPAs to limited liability companies without reserving for associated liabilities. In a scenario in in which RUN files for bankruptcy (which could result from an IRS claw back of inflated tax incentives in excess of insurance contributions), we believe the ABS could bear the cost of ongoing O&M (and other unreserved) liabilities to RUN’s solar customers, including for the removal of the PV systems.

The concept of a cash-burning company tapping the capital markets on the back of “mark to model” isnt new. RUN is more exposed though in that it is just as dependent on abusing government subsidies with its unduly aggressive models. The Annals of Corporate Failures are replete with companies whose dependence on MTM led to their rise, and ultimately, failure. RUN is vulnerable to skepticism about its models – which is entirely due – in both the capital markets and tax incentive funding channels, which seemingly gives it a larger vulnerability surface versus the run of the mill model-based failure. In our view, ABS investors should reassess both the risk of bankruptcy and their remoteness from it.

Sunrun utilizes two different sets of models to significantly manipulate values ​​for investor and tax incentive purposes, respectively the“Investor Models” and “Tax Models.” The Investor Models and one of the Tax Models, the “Income Approach” use a discounted free cash flow analysis. The net result of these models is to value RUN Power Purchase Agreements (“PPAs”) at ~$4.75 to $5.00 / watt. We believe that a far more realistic approach would yield a value of approximately $3.65 / watt. After subtracting RUN’s back leverage, the adjusted number leaves very little value for equity holders. Both the Investor and Tax Models are discounted free cash flow models that largely use common model drivers, albeit with slightly different assumptions. (There is an additional Tax Model, the Cost Approach, discussed infra.) Regardless, these assumptions are aggressive, and yield valuation results that, in our view, are significantly exaggerated.

To understand the assumptions underlying RUN valuations for both Investor and Tax Models, we analyzed four solar industry appraisals. While we were unable to obtain any RUN system appraisals, we were able to gain additional insight through conversations with former RUN finance employees. We were able to tie to RUN’s published financial releases by using the techniques in the other appraisals and company statements.

We understand that the Investor Models, which produce the metrics of Subscriber Value and Gross / Net Earning Assets, utilize the below drivers – we discuss the bases for our assumptions infra:

Panel Removal Cost : RUN assumes zero cost from removing panels from customers’ roofs, despite being contractually obligated to do so. We estimate the NPV of this cost at $668 million.


Legal Disclaimer: MENAFN provides the information “as is” without warranty of any kind. We do not accept any responsibility or liability for the accuracy, content, images, videos, licenses, completeness, legality, or reliability of the information contained in this article. If you have any complaints or copyright issues related to this article, kindly contact the provider above. 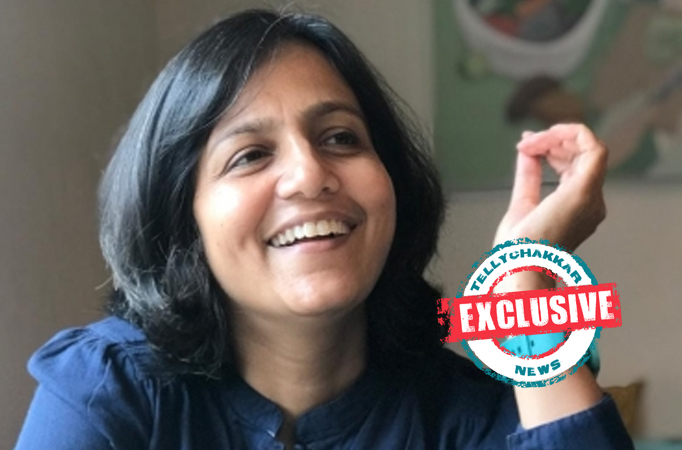 Exclusive! We are very happy with the outcome: Shefali Bhushan on her web series Guilty Minds

Clinician-scientists: how to reverse their declining numbers – Nature.com