Welcome to Best of Late Night, a rundown of the previous night’s highlights that lets you sleep — and lets us get paid to watch comedy. Here are the 50 best movies on Netflix right now,

Proud to Be Bad

The lawyer for Joseph Biggs, a Jan. 6 defendant and Proud Boys leader, argued that his client cannot receive a fair trail in the United States, due in part to “increased and unquestionably spectacular 24/7 negative press and media coverage” of the group, specifically citing Stephen Colbert and “The Late Show.”

“You know, ladies and gentlemen, I do a lot of jokes about these violent fascists, but to hear that even one of them noticed?” Colbert said on Wednesday, pretending to choke up. “I feel so seen. You hate me, you really hate me!”

“Biggs’ attorney argues that they need to move his trial because shows like mine ‘continue to saturate the jury pool of media-obsessive Washington DC’ They want to move the trial to someplace where the Proud Boys have a better reputation, like 1930s Berlin ” — STEPHEN COLBERT

“Of course, after we got the shoutout, the article says Newsweek contacted Colbert’s representatives for comment: [imitating Newsweek reporter] ‘Well, Mr. Colbert, do you have a comment?’ Why, thank you, Steve, I do. ‘Want to share it with the people?’ Certainly. while this is a very high-profile case, in our system of justice, the accused is innocent until proven guilty. So I want everyone in the potential jury pool to hear me when I say, ‘You are going to jail, you neo-numbnut! And if you don’t like it — and if you don’t like it, you can come and get me. My name is Joe Scarborough, and I love coffee! Welcome to the monkey house, brother.'” — STEPHEN COLBERT

“President Biden sent a letter today to oil companies and called on them to produce more in order to alleviate high prices. So if you needed more proof that he’s an old man, he still thinks you can get things done with a letter.” — SETH MEYERS

“The K-pop group BTS announced yesterday that they are going on an indefinite hiatus. Said President Biden, ‘Aw man, they’re gonna blame me for this, too!'” — SETH MEYERS

The Bits Worth Watching

What We’re Excited About on Thursday Night

The hip-hop artist 070 Shake will perform on Thursday’s “Tonight Show.”

Also, Check This Out 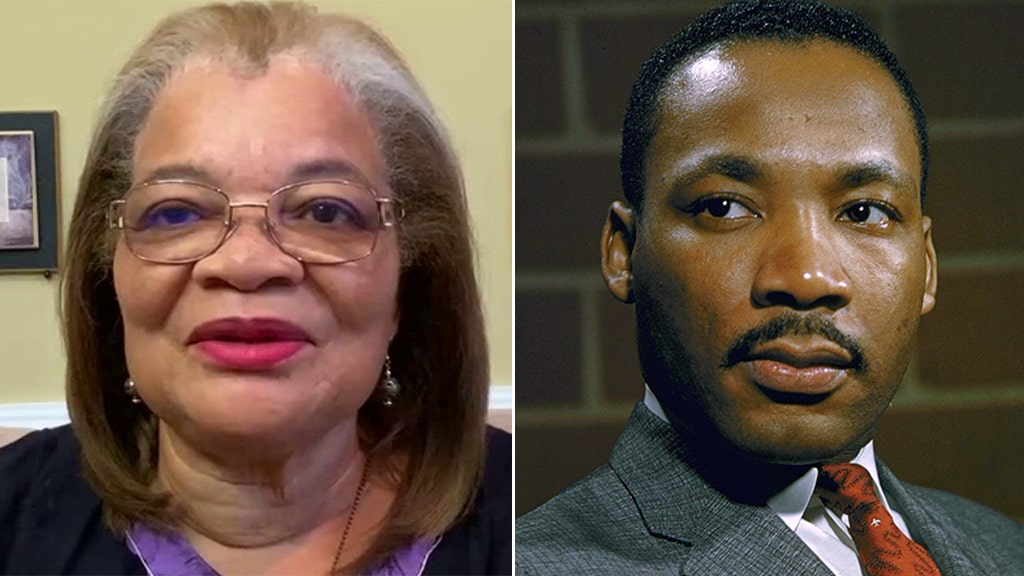 Alveda King reveals how to be more like Martin Luther King Jr. in 2022