The nine long years since Sky Ferreira’s 2013 cult-classic album “Night Time, My Time” vanishing in the opening moments of “Don’t Forget,” a dazzling return to form that is slated to appear on Ferreira’s much-delayed second album, “Masochism.” In her near decade (mostly) away from music — due, in part, to disagreements with her record label — Ferreira’s grungy synth-pop sound has hardly changed at all. But “Night Time, My Time” still sounds singular enough that “Don’t Forget” (which she co-produced with Jorge Elbrecht and co-wrote with Tamaryn) comes as a comfort rather than a disappointment. It’s refreshing to hear the 29-year-old pick up exactly where she left off, inhabiting a song’s echoing, tarnished atmosphere with her signature breathy intensity and smeared glamour. “Keep it in mind, nobody here’s a friend of mine,” Ferreira sneers, proving her melodramatically defiant edge is still intact. LINDSAY ZOLADZ

The Philadelphia-based indie artist Alex G has both an easily recognizable aesthetic sensibility and a playfully elastic sense of self. On his excellent 2019 album “House of Sugar,” Alex (last name: Giannascoli) sometimes pitch-shifted and distorted his vocals as though he were embodying different characters — and then on the very next track he’d sing a twangy and seemingly earnest acoustic-guitar ditty that could break your heart in half. His predictable unpredictability strikes again on “Blessing,” which contrasts quasi-spiritual lyrics (“Every Day/Is a blessing”) with a sound that borrows from the moody, alt-rock/nu-metal sound of the late ’90s. Alex sings in a menacing whisper, and an explosion of apocalyptic synths completely transforms the song midway through. Inscrutable as it may be, the whole thing is eerie, hypnotic and, somehow, strangely moving. ZOLADZ

The London-based group Superorganism turns boredom and monotony into something almost perky in “On & On.” “No more space, hit replay/It goes on and on,” Orono sings with sullen nonchalance, then repeats “and on” another 16 times. The track is bubble gummy pop with a hint of reggae, and it’s packed with little hooks and ever-changing effects, but nothing breaks through the ennui. JON PARELES

Wynonna & Waxahatchee, ‘Other Side’

As she’s gotten older, Wynonna Judd has been singing with an assured husk in her voice, cutting the crisp country she’s performed for decades with just a hint of the blues. Katie Crutchfield of Waxahatchee, over the course of a career that began in DIY warehouse spaces, has found her bridge to American roots music. The two singers meet on “Other Side,” a gentle rumination on impermanence. For Judd — whose mother and longtime singing partner, Naomi, died last month — it’s a sturdy breeze, understated but invested. For Crutchfield, it’s a soft landing in a new home. JON CARAMANICA

“Empathy for Bethany” keeps wriggling free of expectations. Saya Gray, a Canadian songwriter who played bass in Daniel Caesar’s band, starts the song like a folky, picking triplets on an acoustic guitar. But almost immediately, the chord progression starts to wander; then her vocals warp by multitracking and shifting pitch, and soon a breathy trumpet drifts in from the jazz realm; By the time the track ends, it has become a loop of electronic aftereffects. “Honestly, if I get too close I’ll go ghost,” Gray sings, and the track bears her out. PARELES

Bruce Hornsby has stayed productive and exploratory through the pandemic, doubling down on musical craftiness and structural ambition. His new album, “’Flicted,” pulls together spiky dissonances and folky warmth, chamber orchestrations and electronic illusions, puckishness and benevolence. “Fun and games in pestilence/We could use, use some kindly kindliness,” he sings in “Tag,” adding, “Still shake your fist/A kind of gritted bliss.” The music seesaws between rumbling, dissonant piano over a funky backbeat and richly chiming folk-rock, neatly juggling skepticism and hope. PARELES

The songs on Maria BC’s debut album, “Hyaline,” are revries built around patiently picked guitar patterns and tranquil melodies, though they might sprout electronics, percussion or chamber-music orchestrations at any moment. In “April,” vocals overlap and multiply into cascading chords while unexpected sounds wink into earshot behind the guitar. “Listen to me/Anything you want,” the lyrics promise. PARELES

The experimental artist Kaitlyn Aurelia Smith and the Academy Award-nominated film composer Emile Mosseri have struck gold with their collaborative album, “I Could Be Your Dog/I Could Be Your Moon.” It’s only two minutes long, but “Amber,” from the second half of the project, runs like a spaced-out symphony. Over bubbling synth tones, Smith’s airy vocalizations loop into circuitous entanglements, shapeshifting into oceans of cosmic flotsam. The effect is appropriately cinematic, like a long-lost immersive Pipilotti Rist video. ISABELIA HERRERA

The first release on the new Blue Note Africa label, “In the Spirit of Ntu” is the South African pianist Nduduzo Makhathini’s homage to the universal energetic force known in Bantu cultures as “ntu.” It includes this wistful but swiftly rolling tune, “Mama,” written by Makhathini’s wife, Omagugu, in memory of his mother, who died recently. Omagugu sings in a sweeping, brushy tone, holding her syllables open, as Makhathini surrounds her in a pattern of chords that ascend and ascend. GIOVANNI RUSSONELLO

Falling somewhere between gritty hardcore and distorted jungle, Rico Nasty’s “Intrusive” scrapes like metal through a meat grinder. With her latest single, the Maryland rapper continues her return to music after her 2020 album “Nightmare Vacation.” On “Intrusive,” she harnesses punk verve and raps over a warped breakbeat, letting her intrusive impulses and most violent desires flow out in a stream-of-consciousness torrent. It’s bratty, turbulent and deliciously cathartic, like a childhood temper tantrum. “Mom, if you hear this I’m sorry,” she raps. Hey, at least she warned you. HERRERA

There’s not much to “Sleazy Flow,” by the Kansas City rapper SleazyWorld Go: a few piano tinkles, some groaning bass throbs, a sleepy, sinister tempo and crucially, some select lyrics blending street beef and sexual conquest: “How you mad she choosing me?/I like what she do to me/She say she feel safer over here, this where the shooters be.” That snippet became a TikTok breakout earlier this year, and Lil Baby picks up that taunting theme on the song’s official remix. His verse is almost chipper: “Acting like I’m chasing her or something, she be pursuing me/Can’t hold her, she be telling me all the time she wish that you was me.” CARAMANICA

David Virelles has no beef with the piano. A virtuoso improviser and classically trained pianist from Santiago de Cuba, he doesn’t seem intent on turning the instrument inside-out, like Thelonious Monk did; or jettisoning it entirely, like a John Cage; or turning it into an android, like some of his contemporaries. Virelles is a subtler expander. He plays the grand piano with sensitivity and deference, working with it, not against. He tucks dense harmonies inside other harmonies, shading his music with deep browns and grays — like an island sky turning dark before a storm. And on “Al Compás De Mi Viejo Tres” (“By the Compass of my Old Guitar”), from his masterly new album, “Nuna,” he celebrates the lilt of classic Cuban danzón by playing with utter elegance and clarity — stopping every so often to get in his own way with a few irruptive slashes or low, corrosive chords. RUSSONELLO 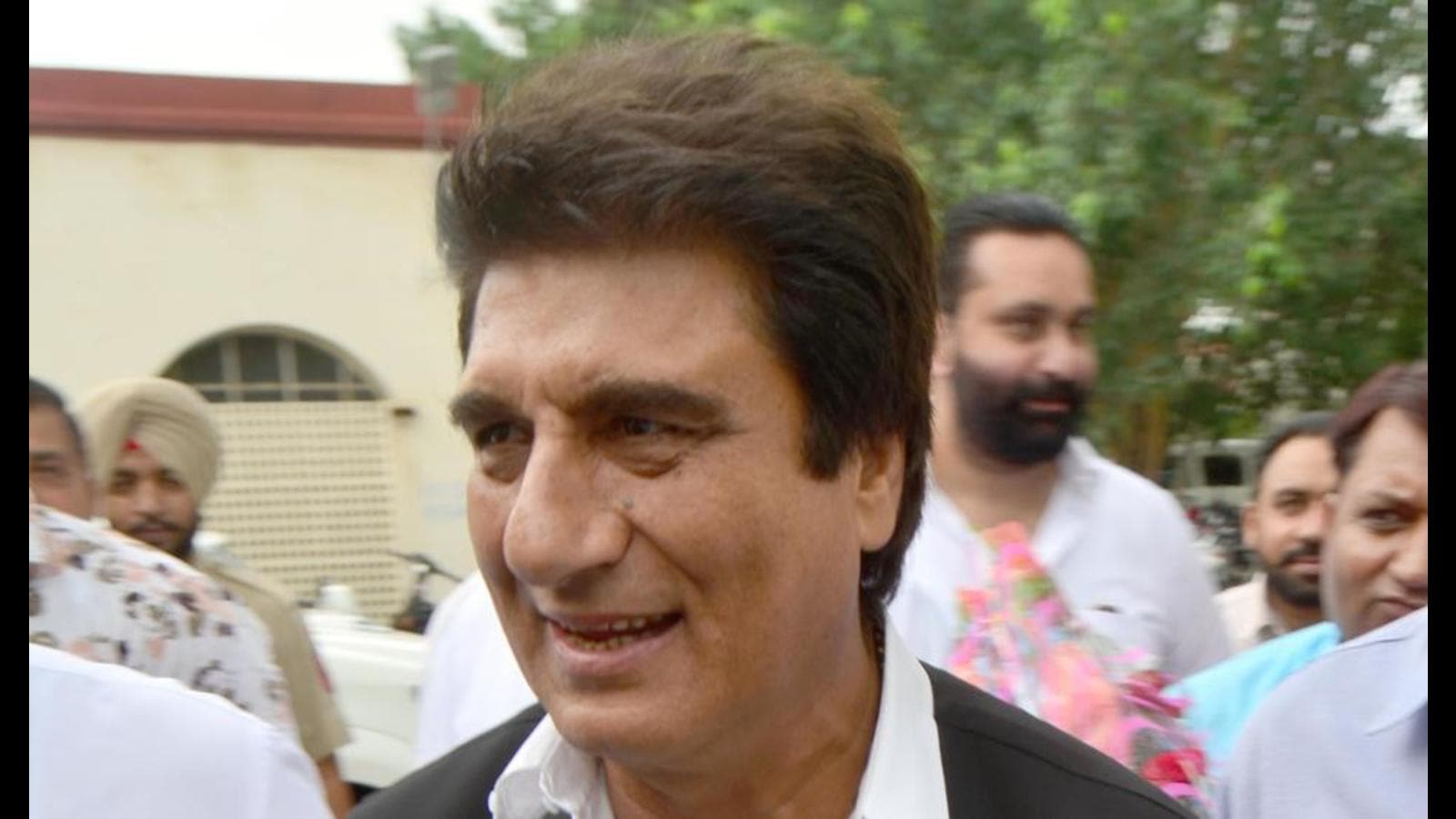 Good content is back, thanks to OTT: Raj Babbar

‘The Princess’ Review: Holding His Heart in Her Hands