‘She was Zoom’d out:’ Harris tries to navigate the D.C. bubble

She wholeheartedly wants to get out. She said she was ‘Zoom’d out,’ she would love to be in-person engaging.

Inside Harris’ office and among her advisers, confidants and close allies, there’s a near universal belief that she is mired by a contradiction: While she’s among the most powerful people in the world, owing to her swift rise in national politics, people still don’t know her at the levels they need to.

They point to instances where her work is either ignored or her policy portfolio misinterpreted, as evidence that she remains not just poorly defined but under-defined by the public. They’ve identified a spate of recent polls where voters give Harris and President Joe Biden similar marks for their disapproval rating, but where her approval rating falls several points below his. They explain the disparity not purely as a byproduct of her early, and at times self-inflicted struggles, but of Americans not knowing what she’s been up to. And aides and allies believe the D.C. press corps is obsessed with style over substance, especially when it comes to their boss.

Their conversations of late are not just an exercise in finger-pointing and blowing off steam. Harris’ refusal to, in the words of one close ally, “play the game” in Washington has likely cost her the benefit of the doubt from D.C. opinion makers.

Increasingly, her aides concede, part of that failure falls on them.

“The first year was spent passing a lot of things, getting a lot of business done that American people needed,” Jamal Simmons, Harris’ new communications director, told POLITICO. Now, he said, Harris and Biden “need to spend more time telling people about the benefits. And also connecting people who don’t live in Washington to this work so they understand how they benefit.”

At the meeting with Black women leaders, attendees said, Harris was receptive to suggestions she build more public events and town halls into her schedule. Harris indicated that she sees the wisdom of better explaining not just the complexities of her policy portfolio, but also her approach to the job of vice president, with its often shifting tasks. She recognized the potential rewards of sharing more about herself — and she agreed all of that can be harder to do while stuck in D.C.

“You get cabin fever when you’re in Washington, D.C., you feel stuffed between that 1.5 mile distance from the Capitol to the White House,” said Donna Brazile, an ally of the White House who is part of a loose unofficial network of Harris confidants that acts as a sounding board. “D.C. is a great backdrop, but it’s not the only backdrop. Sometimes you have to be in someone’s backyard to have a better picture.”

You get cabin fever when you’re in Washington, D.C., you feel stuffed between that 1.5 mile distance from the Capitol to the White House. D.C. is a great backdrop, but it’s not the only backdrop. Sometimes you have to be in someone’s backyard to have a better picture.

Changes were already afoot in the vice president’s office to close the year, including more national interviews after a year spent largely focused on local and regional press. The change came with an acceptance that Harris would field more questions on behind-the-scenes machinations.

Harris is also increasing her travel. And there’s the expectation that the midterm elections will give her a natural opportunity to scale up campaigning, which could put her back on offense after months in a defensive crouch.

It’s part of a larger strategic shift from the White House writ large, but one that has increased relevance for Harris, who is still trying to balance how much she should bend to the traditions of D.C., however uncomfortable they may be, or try to change them.

“To put her in some box where she has to go play the game of checkers, you miss the game of chess,” Brazile said. “Every politician is different. Every ‘first’ has this challenge to try to define themselves. Everyone defines their own path and so has the vice president.”

Even with those recent changes, Harris’ supporters think she may need to do more to end up at a place where she’s playing a complementary role to Biden, but is still far more present in peoples’ lives.

Nathan Barankin, one of Harris’ longest-serving aides who was chief of staff to her in the Senate and a top staffer in the California attorney general’s office, said he’s not surprised by the vigor that has come out of her meetings with leaders and activists. “They almost always come out energized, excited, even if they didn’t get what they wanted.”

He welcomed the new approach after months of frustrating results.

Not since Vice President Spiro Agnew, who came into office with no Capitol Hill experience (other than a stint as a House staffer), has a vice president been such an outsider to Washington. Typically, it’s been presidents who are the outsiders, forced to choose a veep explicitly to give them establishment credibility, Washington experience, and connections to D.C. power brokers.

“The conventional thinking, which I don’t entirely share, is that it’s a big handicap for a vice president from outside because part of what made people like [Walter] Mondale or [Dick] Cheney or Biden influential was the fact that they had all this experience and they were able to sort of tutor the president and the people around him,” said vice presidential historian Joel K. Goldstein.

Biden’s triumph in the Democratic primary changed that. Not needing someone to give his ticket additional experience, he went with Harris, a history-making woman of color, as a nod to raising up a younger generation of Democrats and the Black voters that rescued his candidacy.

“Her advice is not explaining to Biden how Washington works or how diplomacy works [but] it doesn’t mean that she can’t be extremely consequential. It may mean that her consequence is different,” Goldstein added.

Harris’ political life has been bookended by her time in D.C. As a student at Howard University, she marched in protests over issues like apartheid. But she also sought a foothold in its corridors of power, taking internships, including one in a California U.S. Senate office she would one day call her own.

A line prosecutor before being elected district attorney of San Francisco, Harris spent much of her career climbing law enforcement’s political ranks in California. She was among the first major politicians in her state to support Barack Obama for president, trudging through Iowa snowstorms in a parka to go door-to-door for him. Later, her name was mentioned for the post of U.S. attorney general and a possible Supreme Court nominee under Obama.

Along the way, Republicans in Washington seemed to recognize the threat she posed, with a Karl Rove-assisted organization spending significant sums in California to take her down in 2009 before her star could rise. It didn’t work, but advisers point to the effort as an eye-opening, even formative moment for Harris; a taste of the bare-knuckled partisan politics that would await her out east.

While she had a relatively easy path to the Senate in 2016, aides and friends recalled that having to relocate to Washington was among her top considerations when she decided to run. She arrived in 2017, and soon made a mark with her Women’s March address and as a chief interrogator of then-President Donald Trump’s nominees.

Other aspects of life in Washington commanded less interest from her. She was a regular, for example, at fundraisers for Senate colleagues and at Democratic Senatorial Campaign Committee events, but she preferred to make a lap around the room or its equivalent, exchanging pleasantries with a handful of attendees, and then leaving for her own dinner, aides recalled.

Before she got settled, she was already eyeing the next office. Her run for president consumed much of 2019. And while it began with a bang — and bursts of prodigious fundraising too — it ended quietly. Harris’ allies and supporters were thrilled by her selection as Biden’s vice president, but even then they warned she needed to be better defined in the public eye.

Harris has similarly guarded her private time as vice president, prioritizing gatherings with family and close friends at the Naval Observatory residence and on the few occasions when she’s returned home to California.

Most of Harris’ known extracurricular activities, including the walks and hikes she does with her husband around town, only become publicly known when the couple are spotted by passersby. Her team members said they work to allow her a semblance of normalcy in D.C. (Aides have declined to provide a fuller accounting of her weekends in Washington).

During work days, part of the tension around Harris’ schedule revolves around her push for meetings and events that haven’t always been valued by traditional powerbrokers.

Karen Finney, a Democratic strategist who attended the meeting with Harris last month, pointed to roundtables with Black sorority members, voting rights activists and an event billed around the maternal mortality crisis as examples of such. But she also argued those events and meetings shouldn’t be dismissed or overlooked. They have a multiplier effect that resonates back home when attendees share their personal experiences meeting with the vice president.

Maybe, Finney said, it will just take some time for all of that to sink in.

“It’s for Washington to try not to see her the same way that we may have seen other VPs because frankly it’s never been done before,” she said.

“We need to remind ourselves in a moment when the country is undergoing massive change,” Finney added, “that the vice presidential role is undergoing significant change, too.”

What is Refugee Resettlement? - BORGEN 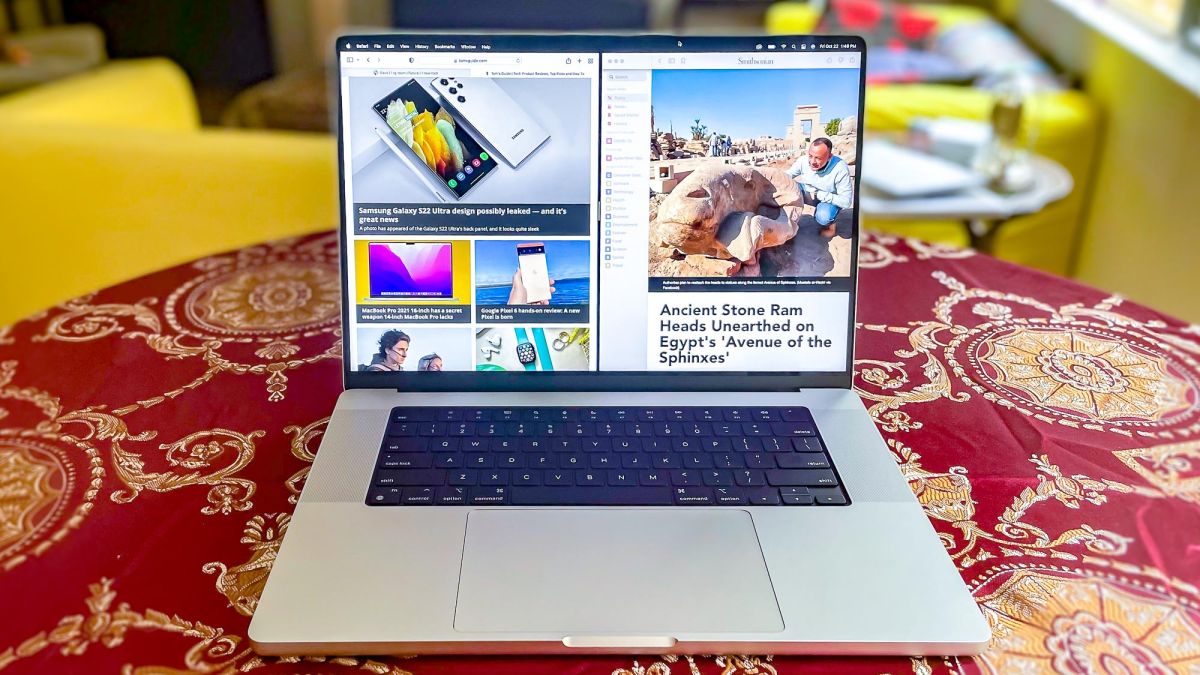 How to factory reset a MacBook Pro

DOMINIC LAWSON: At last! A minister who is standing up for the silent majority – by stopping NOISE