In the first month of 2022, two monumental acquisitions have changed the shape of the esports landscape. Microsoft’s influence could be just what Activision Blizzard needs to once again compete with Riot Games for esports supremacy. Meanwhile, the merger of ESL and FACEIT as part of a sale to Savvy Gaming gives that firm a place at the top of the competitive Counter-Strike ecosystem. If this is how the year is going to start, the esports industry could look very different by the end of 2022.

The move to third parties also comes amid Microsoft’s plans to acquire Activision. Microsoft is already using a third party — Esports Engine in this case — to operate the relaunch of its Halo Championship Series.

With the news that ESL and FACEIT, the largest tournament organizers in the space, will merge into the ESL FACEIT Group after a purchase by Savvy Gaming Group for $1.5 billion, there looks to be more movement and investment in the third-party operator space as it relates to esports production.

Monumental Sports & Entertainment rolled out plans for District E, a 14,000-square-foot live-event theater and gaming center focused on esports and located adjacent to Capital One Arena, reports SBJ’s Bret McCormick. MSE is taking over two former restaurant spaces, amounting to almost the entire first floor of the Gallery Place mixed-use mall. The redesigned venue is expected to open in the fall.

“It felt like it was the right time to build a brick-and-mortar (esports) gathering space for the Mid-Atlantic, and Washington, D.C., specifically,” said MSE President of Media & New Enterprises Zach Leonsis. He noted the project included millions of dollars spent on LED and A/V systems alone. Aramark is an operating partner in the food and beverage portion of the business, marking the concessionaire’s foray into esports.

District E’s three main components include a public-facing, 150-plus-person esports competition studio expected to host over 200 events per year and serve as a regional hub for grassroots esports; an F&B experience; and a private esports practice center, with streaming pods, for Wizards District Gaming, Caps Gaming, Team Liquid and other entities. Team Liquid, which MSE Owner Ted Leonsis invests in through his stake in Axiomatic, will establish a satellite office at District E as well.

The venue will include a large esports competition studio, expected to host over 200 events per year

Although there are no plans in place for the NHL to develop a standalone esports league along the lines of NBA 2K League, that hasn’t prevented individual NHL teams from entering the esports and gaming space in recent years, writes SBJ’s Mark J. Burns. “This is a great way to reach a younger demographic and tap into this new audience, especially coinciding with the opening of UBS Arena,” said Jeff Fischer, VP/Partnership Sales for the Islanders and UBS Arena and one of two execs who spearhead the franchise’s gaming efforts.

NHL team execs estimate that around one-third of the league’s 32 clubs have a dedicated competitive esports or gaming vertical. The league expects to hold its fifth annual World Gaming Championship later this year, which brings together the world’s best players of EA’s NHL game to compete for a six-figure prize pool.

The Ducks and Panthers are in the early stages of weighing other genres of games beyond EA Sports’ NHL title. Panthers Chief Strategy Officer Sam Doerr specifically mentioned the likes of Counter-Strike: Global Offensive, Rocket League and Call of Duty and the opportunity for the NHL franchise to “expand our reach” outside of traditional hockey fans. It was a remark echoed by the Ducks VP/Marketing Merit Tully.

See more from Burns’ story in this week’s magazine.

Team Liquid is already looking to take advantage of sponsor opportunities in the wake of buying Limit Guild, one of the most successful outfits in competitive World of Warcraft, reports SBJ’s Trent Murray. Team Liquid Chief Business Development Officer Mike Milanov said his organization is discussing opportunities with current sponsors — many of whom will appear on player jerseys — but the organization is looking to build deals around Liquid’s entry in a new genre — massively multiplayer online (MMO) — from scratch.

Liquid had been eyeing the genre for years, said Milanov, and now wants to take advantage of the Race to World First, a marathon gaming event launched in 2018 that takes place two to three times annually for World of Warcraft (an Activision Blizzard title). “We want to make sure that the folks we do partnerships with for the [Race to World First] broadcast are passionate about the broadcast and are passionate about how much viewership it gets.”

World of Warcraft offered limited esports value before Race to World First, particularly due to limited involvement from Activision. Esports teams that participate even operate their own streams, most of which have had nominal sponsor engagement. Red Bull has participated multiple times as a presenting sponsor. But the audience figures are big. “The viewership and engagement is insane,” Milanov tells SBJ. “It shuts down the Twitch website for two weeks almost every six to eight months.”

While Race to World First and World of Warcraft itself are exciting to Milanov, he said that Liquid is looking at this acquisition beyond a single game. A new division within Liquid — Limit MMO — will cover multiple games in the MMO space, potentially recreating the Race to World First broadcast for other titles. Milanov has a high level of confidence in the upcoming MMO currently in development at Riot Games, despite the lack of information currently available.

The $1.5 billion dollar acquisition of both ESL and FACEIT by Savvy Gaming Group was a huge surprise to those in the space, writes SBJ’s Kevin Hitt. The fact that two of the biggest esports tournament organizers have merged — and under the auspices of a company backed by the Saudi Arabian government’s Public Investment Fund — has some seeking answers.

“There are a couple things we want to do,” said ESL co-CEO Craig Levine. “One is familiarizing people with who and what the PIF is. PIF has taken substantial positions within EA, Activision Blizzard, and Take-Two already. They’ve invested in companies like Disney, Live Nation, and Uber. It’s a financial investment vehicle.”

But Saudi Arabia already has a bad perception among many in the esports world, particularly as it pertains to the country’s human rights record. One example was the backlash seen in 2020, when tournament organizer BLAST and League of Legends Europe (LEC) each unveiled plans to partner with NEOM, a planned “smart city” being developed in Saudi Arabia.

“The way [Savvy Gaming Group] is set up is as an independent company and we’re an independent operating company within that,” Levine said regarding the independence that Savvy will have. “These are the questions we obviously thought about and asked ourselves while getting to know the team, before we ultimately moved forward together. We got to know Brian Ward, the CEO of Savvy, and know he’s building a diverse leadership team. This is an independent company.” 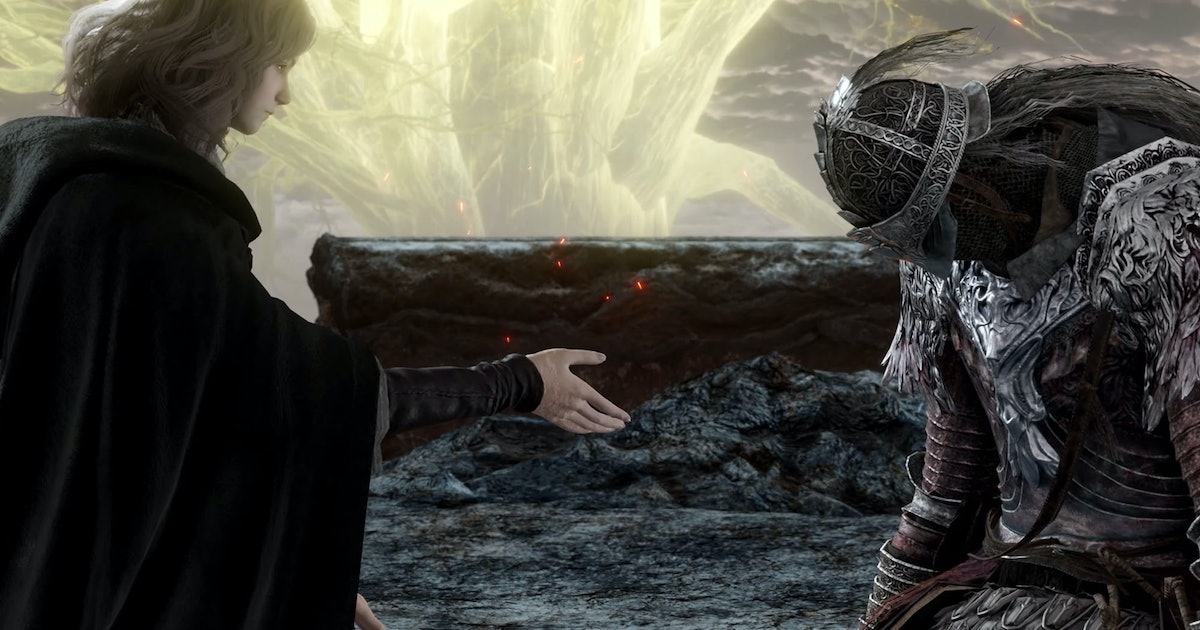 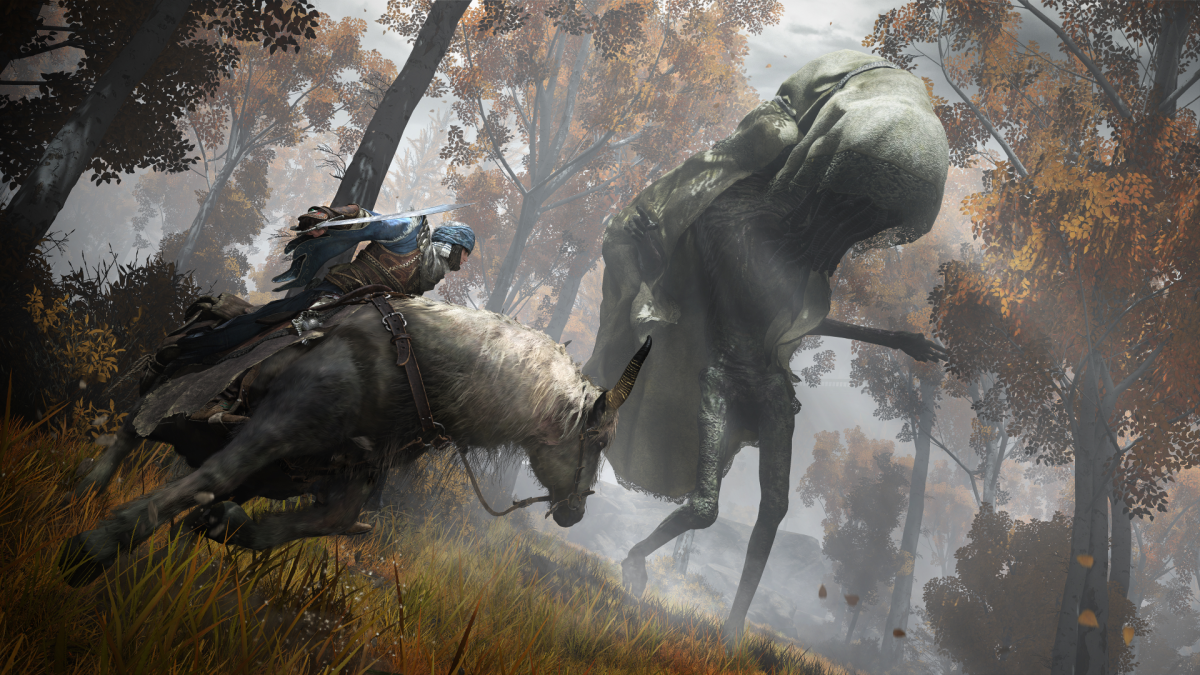 Zendaya reveals what she hopes for Rue’s journey in ‘Euphoria 2’; ‘redemption is possible’

Things to do in LA, OC: Movies: Prince, Sidney Poitier

Just Who Is This New Vikings HC?