Russell Crowe to Star in Supernatural Thriller ‘The Pope’s Exorcist’

Russell Crowe is set to star in The Pope’s Exorcist, a supernatural thriller that Julius Avery, the helmer behind the 2018 horror movie Overlordwill direct for Screen Gems.

Crowe will portray the real-life figure Father Gabriele Amorth, a priest who acted as chief exorcist of the Vatican and who performed more than 100,000 exorcisms in his lifetime. (He passed away in 2016 at the age of 91.) Amorth wrote two memoirs — An Exorcist Tells His Story and An Exorcist: More Stories — and detailed his experiences battling Satan and demons that had clutched people in their evil.

Screen Gems previously acquired the life rights to the chief exorcist from Michael Patrick Kaczmarek and faith-based media company Loyola Productions; The deal included rights to Amorth’s two international bestselling tomes. Amorth also left behind other troves of detailed accounts of his exploits of pulling the devil out of people all over the world.

“It’s been a goal of mine to work with Russell,” said Avery in a statement. “To collaborate with him on the amazing Pope’s Exorcist is truly a dream come true.”

Producing are Doug Belgrad via his 2.0 Entertainment as well as Kaczmarek, Loyola president Eddie Siebert and Jeff Katz of Worldwide Katz.

A September start of production in Ireland is being planned.

The current script is by Evan Spiliotopoulos with revisions by Chuck MacLean. That in turn is based on Michael Petroni-revised original drafts by Chester Hastings & R. Dean McCreary.

Avery, who is repped by CAA and Brillstein Entertainment Partners, next has Samaritan, a superhero thriller starring Sylvester Stallone, due to his theaters Aug. 26.

Crowe, who won an Oscar for his work in 2000s Gladiator, is heading into a busy period. He recently wrapped a turn in Sony’s Marvel centric-movie Kraven the Hunterand chews up the scenery as Zeus in Taika Waititi’s Thor: Love and Thunderwith the latter opening July 8.

He also has a couple of movies in the can, including Peter Farrelly’s The Greatest Bear Run Everset up at Apple, and Poker Facewhich he directed, wrote, and is starring opposite with Liam Hemsworth and RZA, 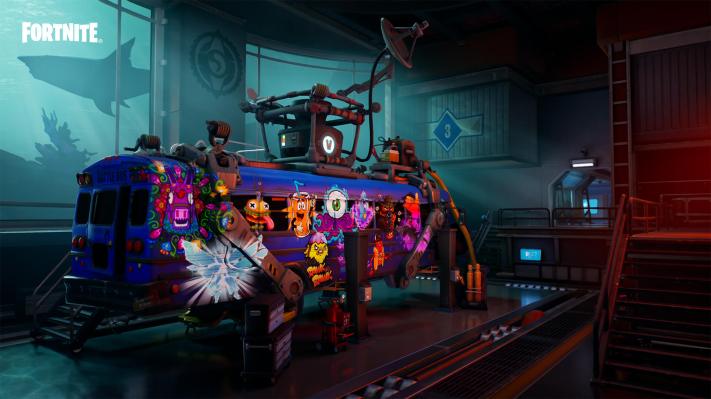 Fortnite adds a new mode that’s basically Among Us – TechCrunch