Over 150 athletes invited to this year’s NFL Combine are considering boycotting the event due to tight COVID-19 restrictions, according to multiple reports. That’s nearly half of the 324 players invited to participate this year.

NFL Network reporter Tom Pelissero published an NFL memo sent to the upcoming draft prospects which said the athletes will be subject to a bubble, similar to what other sports have put in place at various points throughout the pandemic.

“Players will be restricted to secure Combine venues during their entire time in Indianapolis for their protection,” the memo said, via Pelissero. “Players who violate this policy at any time will be disqualified from further participation and sent home.”

Further, the Combine would limit players to bring only one “medical support person,” such as a massage therapist or athletic trainer, rather than a more complete support staff. In addition, whatever staff member an athlete decides to bring along will need to be fully vaccinated.

According to Pelissero, if changes aren’t made to the COVID-19 protocols, the 150+ athletes boycotting the Combine would only participate in medical evaluations, and not the typical drills completed at the Combine.

Other changes to the Combine, per the memo, include fewer days on-site, a new communication platform, a reduced testing schedule and customized meal times and options.

How to counter Wraith & Ash portals with Loba in Apex Legends 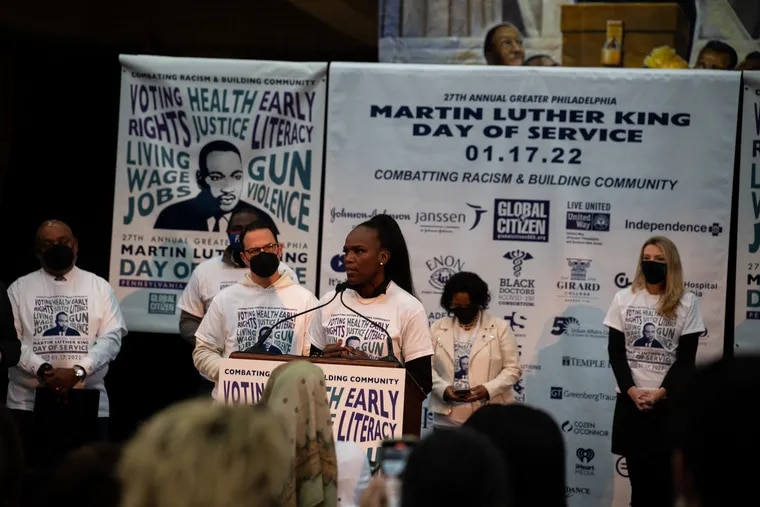 From administering vaccines to cleaning Philly’s streets, ‘This is what MLK Day is all about’

Live Updates: Voting in Hong Kong Is Underway, With John Lee the Only Candidate