PYMNTS Blockchain Series: What is Polygon?

Throughout this series of articles, we’re looking at the top blockchains in crypto to help you make sense of the alphabet soup of so-called “altcoins” that exists beyond bitcoin’s BTC and Ethereum’s ETH.

We will look at what they are, how they work, what they do and their pros and cons.

You’ll come out of this series not only with a better sense of what cryptocurrency is all about, but you’ll also understand why the way a token works — the way its blockchain processes transactions — is key to its success or failure as a digital asset.

PYMNTS Blockchain Series: What is Polkadot? The most ambitious of the Ethereum Killers

PYMNTS Blockchain Series: What is Solana?

PYMNTS Blockchain Series: What is Cardano?

PYMNTS Blockchain Series: What is Avalanche?

PYMNTS Blockchain Series: What is Cosmos?

While Polygon is another of the top blockchains referred to as “Ethereum killers,” that’s not really accurate. It’s more like a would-be Ethereum savoir.

The “Ethereum killers” that make up the first five article in this series are largely trying to replace the No. 2 blockchain as the main smart-contracts platform on which nearly everything, from NFTs and metaverses to DeFi and supply chain management projects, are built. That is to say, they are trying to replace essentially all cryptocurrencies except stablecoins and the fiat-replacement cryptocurrencies bitcoin was intended to be.

While other Ethereum killers offer an alternative platform for the self-executing smart contracts that are the building blocks of blockchain, Polygon is an attempt to make clogged and overly expensive Ethereum work better. It’s a scaling solution designed to offer far more that Ethereum’s 12-15 transactions per second.

Polygon began life as Matic, a Layer 2 solution, much like the Lightning Network is for Bitcoin. This means that it sits on top of Ethereum, allowing projects to pull the actual meat of their transactions off its blockchain while still uploading the transaction details to the Ethereum blockchain.

This has a couple of big benefits, starting with the ability to build projects in the programming language of Ethereum, Solidity, making it far easier to find developers — a big consideration in the blockchain business, which is desperately short of experienced builders despite very high salaries.

However, Polygon is not just a way to build decentralized applications, or DApps. It allows developers to build their own blockchains on which to run their projects as sidechains, running parallel to both Polygon and Ethereum.

Polygon’s token is still called MATIC, but the project’s name change represented an expansion of Polygon’s abilities and ambitions. Instead of one scaling solution, it has five that developers can choose from, which are designed to incorporate others if new solutions for making transactions faster are developed.

Polygon’s biggest selling point compared to other blockchains is that it offers developers a lot of choices in how to get to that scalability, all while offering some significant other benefits, most notably the ability to interoperate with other blockchains built on its programs.

That means the ability to make payments and other transactions between projects built on Polygon — as well as those on Ethereum proper — despite having their own native tokens. This means DApps can be completely interoperable.

See also: PYMNTS Crypto Basics Series: What’s a Consensus Mechanism and Why Is It Destroying the Planet?

Proof-of-stake (PoS) has a number of other benefits, including easier scalability and more opportunities for token-holders to earn funds by helping validate new transactions — the PoS version of Bitcoin and Ethereum’s proof-of-work (PoW) based mining.

Calling Polygon a “Layer 2” solution is actually something of a misnomer, since it has four layers: an Ethereum layer, a security layer, a Polygon networks layer and an execution layer.

The Ethereum layer is for smart contracts that execute off the Ethereum blockchain itself but record transaction onto it. The security layer runs next to it, offering what amounts to “validation as a service” — meaning that projects can choose to use Polygon validators rather than trying to build up a staking network, or a shared security solution, of its own. This offers another level of security beyond that found when transactions are written onto Ethereum.

Developers building DApps and private blockchains on Polygon can choose whether or not to use either or both of those layers.

The Polygon network layer is where the entire ecosystem of Polygon private blockchains comes together and can cross-communicate. They can handle their own transaction validation or use the security layer’s validators, but all Polygon projects are a part of this layer.

The execution layer is where all Polygon projects and blockchains’ smart contracts actually run and do the business of the blockchain, whether that’s producing and selling NFTs or tracking a product along a supply chain. Again, this takes the weight off of Ethereum, so only the transaction results are recorded on Ethereum proper.

Another strength of Polygon is that it offers more than one way for developers to offer high-speed, low-cost transaction processing.

Aside from that main Polygon security layer, developers can choose to use something called Plasma chains, which use bridges to connect the individual developers’ blockchains to the “parent” Polygon chain. Alternatively, there are ZK-rollups, which offer a way for developers to bundle transaction results on their private “child” chain using a cryptography technique called zero-knowledge proofs before sending them on to Ethereum. Another technique available is “optimistic proofs,” which validates transactions by showing proof of no fraud rather than proof of accuracy.

Polygon has two strengths: it makes transactions faster and easier on Ethereum rather than scaling by replacing it., and it’s a platform where private blockchain and individual DApp projects can interoperate while developers choose the scaling tool or tools that best suit their needs. Without having to abandon Ethereum, Polygon is the only smart contract platform with a deep record of success.

NEW PYMNTS DATA: 70% OF BNPL USERS WOULD USE BANK INSTALLMENT OPTIONS, IF AVAILABLE

About: Seventy percent of BNPL users say they’d rather use installment plans offered by their banks — if only they were made available. PYMNTS’ Banking On Buy Now, Pay Later: Installment Payments And FIs’ Untapped Opportunity, surveyed more than 2,200 U.S. consumers to better understand how consumers view banks as BNPL providers in a sea of BNPL pure-plays. 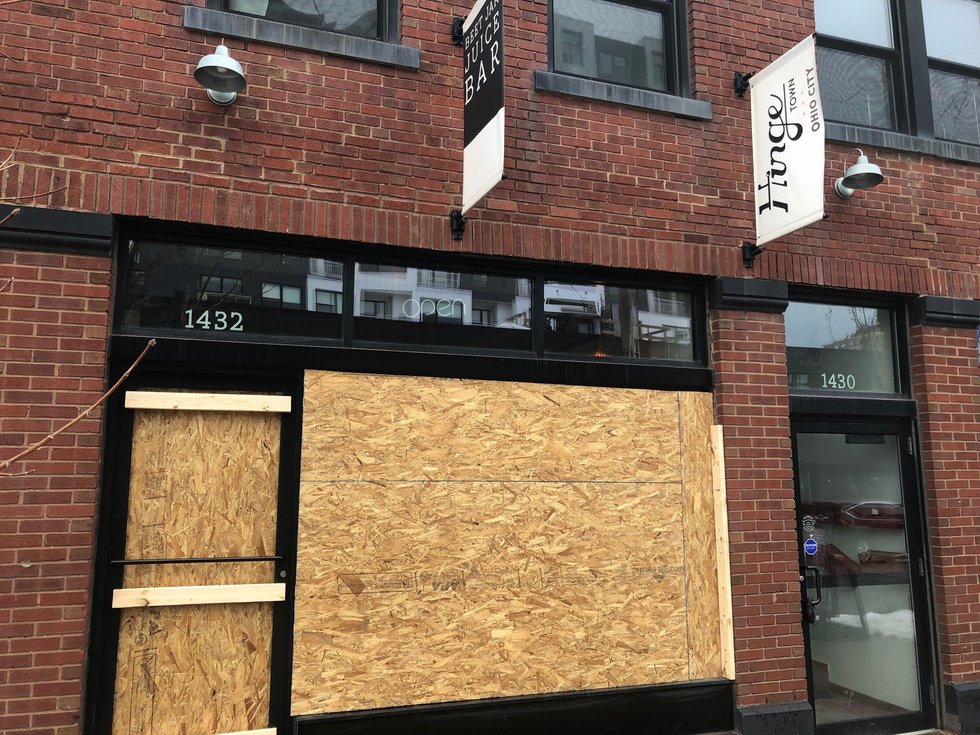 Break-ins in Ohio City do not deter business owner

What is the best fry shape? | Good Morning Mid-Michigan