A pet completes a family, says director Dnyanesh Zoting, who wanted to put forth the theme of coexistence through his popular Marathi series Pet Puraan.

This is not just a story about pets, pointed out Zoting. He said he is already in talks with the streamer for the second season of the show.

“Through this series, I’m putting ahead the theme of coexistence. I believe this is the way to live. These days we are not okay with coexistence, be it living with animals or living with someone of a different race, identity, or gender. Nature has designed the world in a way that there is no other way but to coexist,” Zoting told PTI in an interview.

Pet Puraan started as a “personal” short story for the director and went on to become a sensitive peek into the lives of urban couples who are not yet ready to have a child.

“In a way, this is a journey my wife and I have experienced. Then, I realised there are many couples who are opting to be pet parents. When I Googled, I found there is a global trend among the millennials to be parents of an animal,” Zoting, who along with his wife is a pet parent to a tomcat named Simba, added.

Through conversations between the characters, the series also ever so lightly trains a lens on topical issues including casteism, ageism, and animal activism.

“Cross-region, cross-culture marriages are normal, especially in a country like ours. If a Punjabi man is married to a Bengali woman, what’s so unusual about it? Our multiculturalism, cosmopolitanism is the beauty. A couple deciding to have or not have children is normal.

“I wanted to put all this through but didn’t want to do it as propaganda. It was a conscious decision to put these points out through pets in a non-political manner.” Having a pet is normal in a small town, said Zoting, who believes urbanisation has taken away “this natural feeling” of having an animal at home.

Recalling his childhood in Maharashtra’s Aurangabad, Zoting said his first pet was a goat and later he took in Tipu, a stray dog some time after his father’s death.

“It was a tough time for my mother as a single working parent. She thought I’ll probably never make friends. But things changed when we took in a stray dog. He became the reason for our happiness. Tipu was with us for 15 years. ‘Pet Puraan’ is dedicated to him,” the 35-year-old filmmaker, who made his directorial debut with the 2018 Marathi film “Raakshas”, added.

For the eight-part series, which premiered in May, he drew inspiration from his own life as well as his peers, many of whom are pet parents.

“When I got married, my wife was not into animals. But I always wanted to have a pet. After my dog passed, I didn’t have a pet for about 10-15 years. I always had a feeling you need a pet to complete a family. Finally, my wife became fond of cats because my friend had a cat…

“I had written a short story which I read out to my friends who have pets. So, I got many inputs from them too. It was an organic and personal process.” The director, who said watching “Beethoven” and “Hachiko”, two popular films around dogs, inspired him to build a story around pets, also gives a live-action hat-tip to the popular 2007 animated comedy “Ratatouille” through his protagonist’s character. Sometimes, it is difficult for a director to conceive what the writer has visualised, Zoting said, but since he was handling both these duties, he knew what was needed to be done.

“I built the team accordingly. Taking my brother Pushkar as the director of photography was an important decision. Every head of department was told that there have to be at least one-two members in their team who have pets at home. There was no one on the set who didn’t like pets.” The director credited his experience at the Sundance Screenwriters Lab in 2016, of which “Raakshas” was a part, for helping him understand the process of developing a web series.

“Sundance gave me a perception to be able to study. I used to study web series like “The Marvelous Mrs Maisel”, “Fleabag”. Writing a web series is tougher than a film because you need to construct it for a longer span of time and sustain it. It has to be layered.” Zoting, who has worked with close friend Tamhankar, a popular star of Marathi cinema, in “Raakshas” and ZEE5’s first Marathi original series “Date With Saie”, said the actor became a pet person through the process of working on Pet Puraan.

“Both she and I were a bit worried about her getting along with the pets. But she liked the script as this was an exclusive space in Marathi. I told both Saie and Lalit that they will have to befriend the animals.” As part of the prep, the actors spent time with friends who had pets. “Later, Saie suggested we adopt the cat (real name Banku) with her,” the director said.

(Disclaimer: This story is auto-generated from a syndicated feed; only the image & headline may have been reworked by www.republicworld.com) 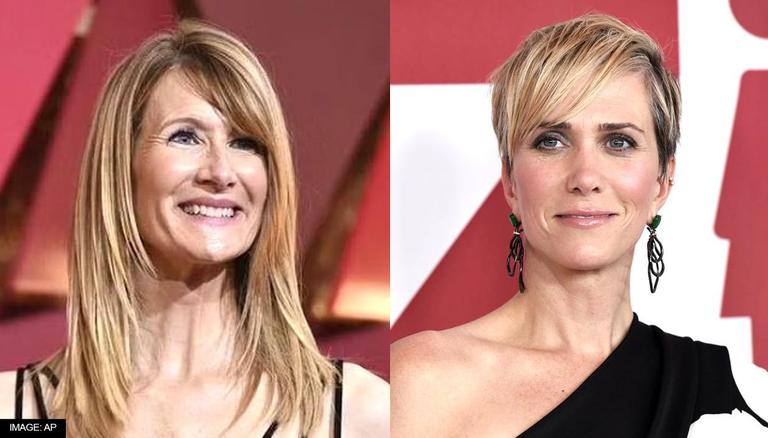