Peaky Blinders is set to return for another epic series of Thomas Shelby and his family exercising questionable judgement and criminality.

Filming got underway for season six back in February 2021, with Cillian Murphy and others spotted in Manchester and Scotland.

The series, primarily set in 1920s Birmingham, left off with Tommy having gone from criminal underworld to public-facing politician, in his bid for power.

So, who will return for the sixth season of Peaky Blinders, what can we expect and when is it released? This is what you need to know.

The official trailer for the final series of Peaky Blinders dropped on New Years Day and it does not disappoint!

Kicking off with Thomas firing a round of bullets into the air, it looks like the final series will see more fatalities and violence from the Shelby brood.

Ada can be heard warning her eldest brother: “Take a good look Tom, cause one of us isn’t gonna be here for long”

While Tommy can be heard threatening: “One last deal to be done, and then we Peaky Blinders rest,” as he paces through the snow and Swastika’s appear in the background of Mosley’s speech, a hint that the Peaky Blinder’s era is heading into the start of WWII.

Arthur looks uneasy as he comes to terms with Tommy’s actions, whatever they may be, as his brother races through a busy corridor protectively carrying his daughter in his arms.

There is also a Gatsby-esque feel to some of the scenes, as they revel in their success.

Watch the full trailer below:

Who is in the Peaky Blinders season 6 cast?

Also returning is the Shelby gang, who have starred in the series alongside Murphy since series one.

Helen McCrory passed away in April this year, Murphy said she was his closest colleague on Peaky Blinders (Picture: Getty)

It is unclear whether she participated in any of the filming for the series, which wrapped in June, or how her character will be written out of and paid tribute to in the upcoming series.

Murphy, 45, told the Guardian that he was “in awe” of his co-star, adding that she was his closest colleague on set.

He said: “She was my closest colleague on Peaky, and one of the finest actors I’ve ever worked opposite. Any material, any scene… she made it special.

“She could do power and vulnerability, one after the other. She was just so cool and fun, and had such compassion for everyone she met. I was kind of in awe about how she lived her life – the way she balanced her work and her family so beautifully,” he added.

Line of Duty and Help star Stephen Graham is also set to make an appearance in the upcoming series, as the official Peaky Blinders Twitter page confirmed he had joined the cast.

In April, the account tweeted: “We’re thrilled that Stephen Graham has joined the cast of #PeakyBlinders series 6,” accompanied by a picture of Graham in costume.

It is not clear what role he will play in the series, but it looks like the Liverpudlian is a working class man, as opposed to a high flying politician.

Talking about his time on set with Murphy, Graham said: “There were a couple of moments – I had to pinch myself a couple of times because I was sitting there in a scene with him, doing a rehearsal and stuff and I’ve kinda gone, ‘Ahh that’s Tommy Shelby.”

Marvel’s Venom star and Hollywood legend Tom Hardy has also been teased as making a return for the sixth installment, as he reprises his role as Alfie Solomons.

New for season six is 21-year-old actor Conrad Khan (County Lines, The Huntsman: Winter’s War), who has kept his character a mystery other than to say his part is “amazing”.

A new female lead has also been teased. According to director Anthony Byrne: “There’s a great female character who is new, who is pretty dark. I haven’t seen a character like her in Peaky before.

“I won’t say who she is,” he told Digital Spy. “But she certainly gives Tommy a run for his money. She challenges him in a different way basically. She’s certainly not a protagonist and I don’t know if she’s an antagonist.”

“It’s similar to [Oswald] Mosley… she has a similar ideology, and that’s challenging for any character, like I’ve said before… he or she, they don’t have guns or a gang, but they have an ideology that’s like a virus and it’s more dangerous than anything.”

While Tommy Shelby’s wife, Grace, died in season three, she has continued to make appearances as she haunts Tommy from beyond the grave. Actress Annabelle Wallis, who plays Grace, hinted on Twitter that she may return for season six, writing that Grace “has some unfinished business”.

When is Peaky Blinders season 6 released?

The end of the teaser only confirms that the season will debut in ‘early 2022’, but it has now been slated for a February release.

Creator Steven Knight recently stated: “Peaky is back and with a bang. After the enforced production delay due to the COVID pandemic, we find the family in extreme jeopardy and the stakes have never been higher.

“We believe this will be the best season of all and are sure that our amazing fans will love it.”

And, while this is the final series of the BBC drama, it will return for a movie which is set to begin filming in 2023.

“While the TV season will be coming to an end, the story will continue in another form,” Knight confirmed. 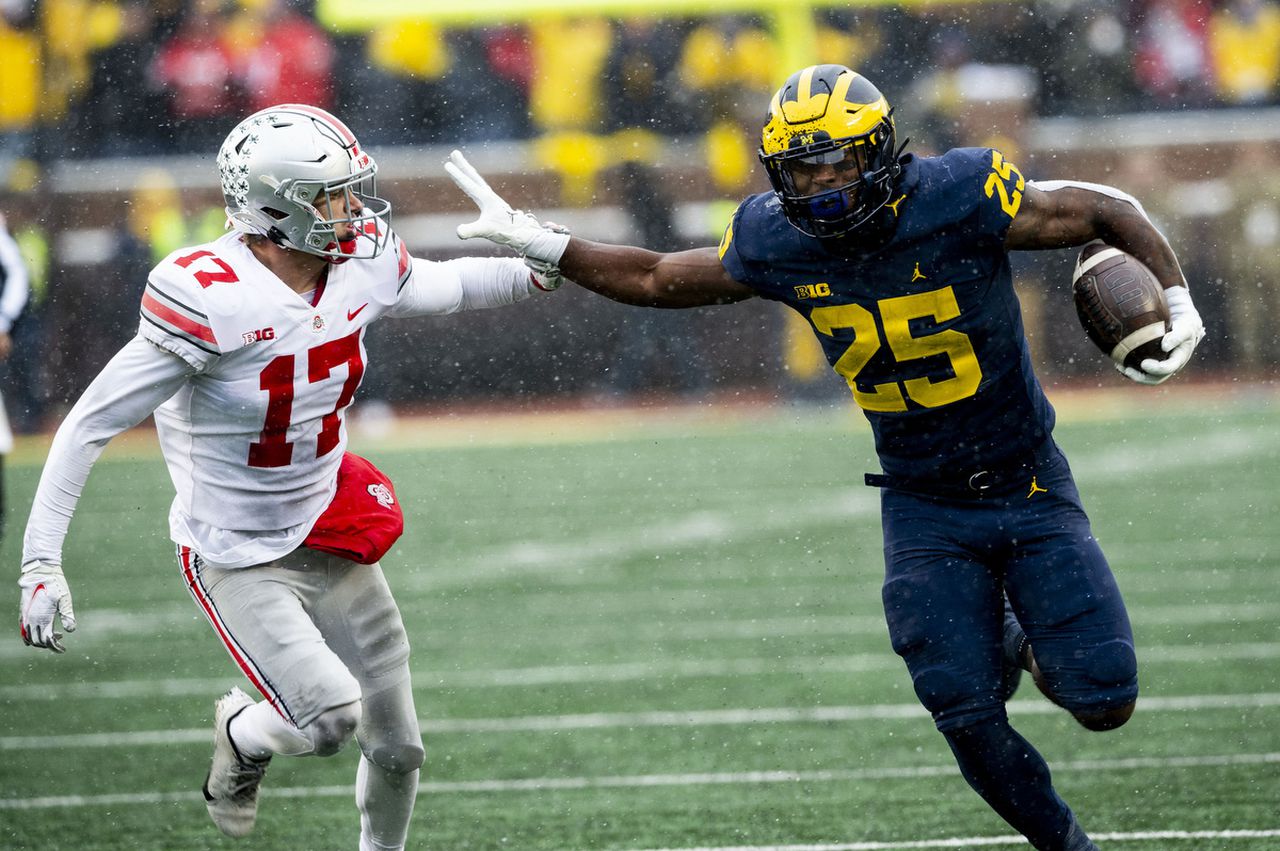 How much money did Floyd Mayweather make betting against Canelo Alvarez in fight vs. Dmitry Bivol?

‘Wordle’ today: Here’s the answer, hints for May 4