Patients Face Long Delays for Imaging of Cancers and Other Diseases

Doctors cannot seem to pinpoint what is wrong with Michael Quintos.

Mr. Quintos, 53, a Chicago resident, has constant stomach pain. He has been hospitalized, and his doctors have tried everything including antibiotics, antacids, even removing his appendix. “I still don’t feel good,” Mr. Quintos said.

His doctors recommend using a CT scan with contrast, imaging that relies on a special dye often injected into patients to better visualize their blood vessels, intestines and organs like the kidney and liver.

But a nationwide shortage of the imaging agents needed for the procedure — the result of the recent lockdown in Shanghai to quell a Covid outbreak — has prompted hospitals to ration these tests except in emergencies.

Like thousands of others in recent weeks, Mr. Quintos cannot get an exam using the contrast dye.

And an alternative may not be enough to determine how to treat his illness. “The fact you can’t figure it out tells me you need more tools to figure it out,” he said.

An estimated 50 million exams with contrast agents are performed each year in the United States, and as many as half the nation’s hospitals are affected by the shortage. Some are reserving much of their supply on hand for use in emergency rooms — where quick, accurate assessments are most dire.

The shortage of a vital imaging agent is the latest example of the country’s vulnerability to disruptions in the global supply chain and its overreliance on a small number of manufacturers for such critical products. The Shanghai plant shuttered by the lockdown is operated by GE Healthcare, a unit of General Electric and one of two major suppliers of the iodinated contrast materials. The company supplies its dyes, Omnipaque and Visipaque, for the United States.

Lawmakers expressed concern about the scarcity of imaging agents. “In the wealthiest nation on Earth, there should be no reason doctors are forced to ration lifesaving medical scans to compensate for a shortage of material,” Representative Rosa DeLauro, Democrat of Connecticut, said in a statement. “We are seeing supply chains break down because of consolidated industries experiencing manufacturing shortages and offshoring American jobs to China.”

Shortages of the dye were reported to the US Food and Drug Administration earlier this month, and the agency said it was working closely with manufacturers “to help minimize the impact on patients.” Yet even though GE Healthcare said this week that the situation was improving now that the plant had reopened, the shortages and patient delays could persist well into the summer because of a lag in how quickly replenished supplies could be distributed.

Senator Patty Murray, Democrat of Washington, is pressing the agency to see what steps it is taking to address the shortage, according to a statement from her office. She has also introduced legislation, with Senator Richard Burr, Republican of North Carolina, to strengthen the supply chain.

“The hits just keep on coming in this pandemic in the supply chain,” said Dr. Jamie McCarthy, the chief physician executive at Memorial Hermann Health System, a large hospital group in Houston.

Health officials and doctors worry that the low supply and prolonged waits for tests will exacerbate earlier delays in care caused by the pandemic, when hospitals were overrun with Covid patients, they were facing sizable backlogs to get tests and elective procedures were canceled or postponed for months . Patients who overlooked troubling new symptoms or could not get follow-up appointments have suffered deteriorating health in many cases. Some doctors report more cancer patients with advanced-stage disease as a result.

“We continue to be concerned about the impact of the delayed, deferred or ignored screening over the last few years,” said Dr. William Dahut, the chief scientific officer for the American Cancer Society.

The lack of contrast dye in an exam can make it more difficult to diagnose cancer, he said, and can make it harder to see if a treatment is working. “Patients could be in a situation where clinical decisions are going to be negatively impacted,” Dr. Dahut said.

In addition to using contrast with a CT angiogram to determine whether patients have a blood clot or internal bleeding, doctors often rely on CT scans with contrast to spot infections, bowel blockages or cancers. Doctors are also delaying some cardiac catheterizations.

The shortage does not affect people undergoing mammograms and screenings for lung cancer because they do not require the imaging agents, and some patients may be able to have an MRI in place of a CT scan or have the exam performed without contrast.

But for many others, the shortage leaves them in limbo. “It’s definitely causing more stress for patients,” said Dr. Shikha Jain, an oncologist in Chicago. “There are patients who are getting frustrated because scans are delayed or canceled.”

How long and to what extent the shortage will affect patient care is difficult to predict. For health care workers, for whom supply shortages and the pandemic have been so relentlessly taxing, “it feels like a never-ending marathon,” she said.

At Memorial Hermann, the system has “throttled back” its use of contrast for elective procedures, Dr. McCarthy said, to preserve its supplies. The daily volume of CT scans being performed with contrast is about half of what it normally is, he says.

At ChristianaCare, a Delaware-based hospital group, the supply depletion problem emerged in mid-May, and “became a serious issue very quickly,” said Dr. Kirk Garratt, the medical director for the group’s heart and vascular health center and a former president of the Society for Cardiovascular Angiography and Interventions. When other area hospitals began running out of dye, they started sending patients to ChristianaCare. “It impacted our burn rate,” he said.

“We’re really worried here,” Dr. Garratt said. Explaining why elective procedures were being delayed, he added: “We feel we have to make this change now to ensure we have a supply so we can keep doing the urgent care we need.”

A patient who fails an exercise stress test that may indicate a heart problem but is not in imminent danger is likely to wait for a scan and be treated with medications. But if a patient enters the emergency room and is sweating, with severe chest pain, an angiogram requiring contrast dye is immediately ordered to determine whether the person is suffering a heart attack.

“We either fix that now, or in a few hours it will be too late to save you,” Dr. Garratt said.

Hospitals generally rely on a single supplier for their contrast agents, and many facilities may have only a week or two of supply on hand, says Dr. Matthew Davenport, vice chair of the commission on quality and safety for the American College of Radiology and a professor at Michigan Medicine.

He likens the situation to the current scarcity of baby formula, where only a handful of companies serve a critical market. “There is not a lot of redundancy in the system,” Dr. Davenport said.

GE Healthcare said in a statement on Monday that its supply of iodinated contrast media products was increasing, although it did not provide an estimate for when the shortage would end. “We are working around the clock to expand production and return to full capacity as soon as possible and in line with local authorities” in China, the company said.

“After having to close our Shanghai manufacturing facility for several weeks due to local Covid policies, we have been able to reopen and are utilizing our other global plants wherever we can,” the statement read.

GE Healthcare said the plant was operating at 60 percent capacity and would be at 75 percent within the next two weeks. It also said it had taken other steps like increasing production of the products at its plant in Cork, Ireland, and flying some shipments to the United States.

The company also said it was distributing the dye to hospitals based on their historical supply needs, which doctors could prevent large hospital systems from stockpiling excessive amounts.

Bracco Imaging, the other producer based in Milan, said in a statement that it was working to deliver supplies even to hospitals that were not customers to shore up use for “critical emergency procedures,” according to Fulvio Renoldi Bracco, the company’s chief executive. In a statement, he said that Bracco had also submitted a request to the FDA for the potential importation of an equivalent agent that had not been approved for use in the United States. The agency declined to comment on the request.

Nancy Foster, the vice president of quality and patient safety policy for the American Hospital Association, a trade group in Washington, likened the situation to the short supply of oxygen, among other treatment machines and remedies, during the pandemic. The group has urged GE to share more information about the shortage.

“We need to figure out how to really create a much more robust, not as lean, supply system that has some give to it,” she said.

Companies Are More Vocal Than Ever on Social Issues. Not on Abortion. 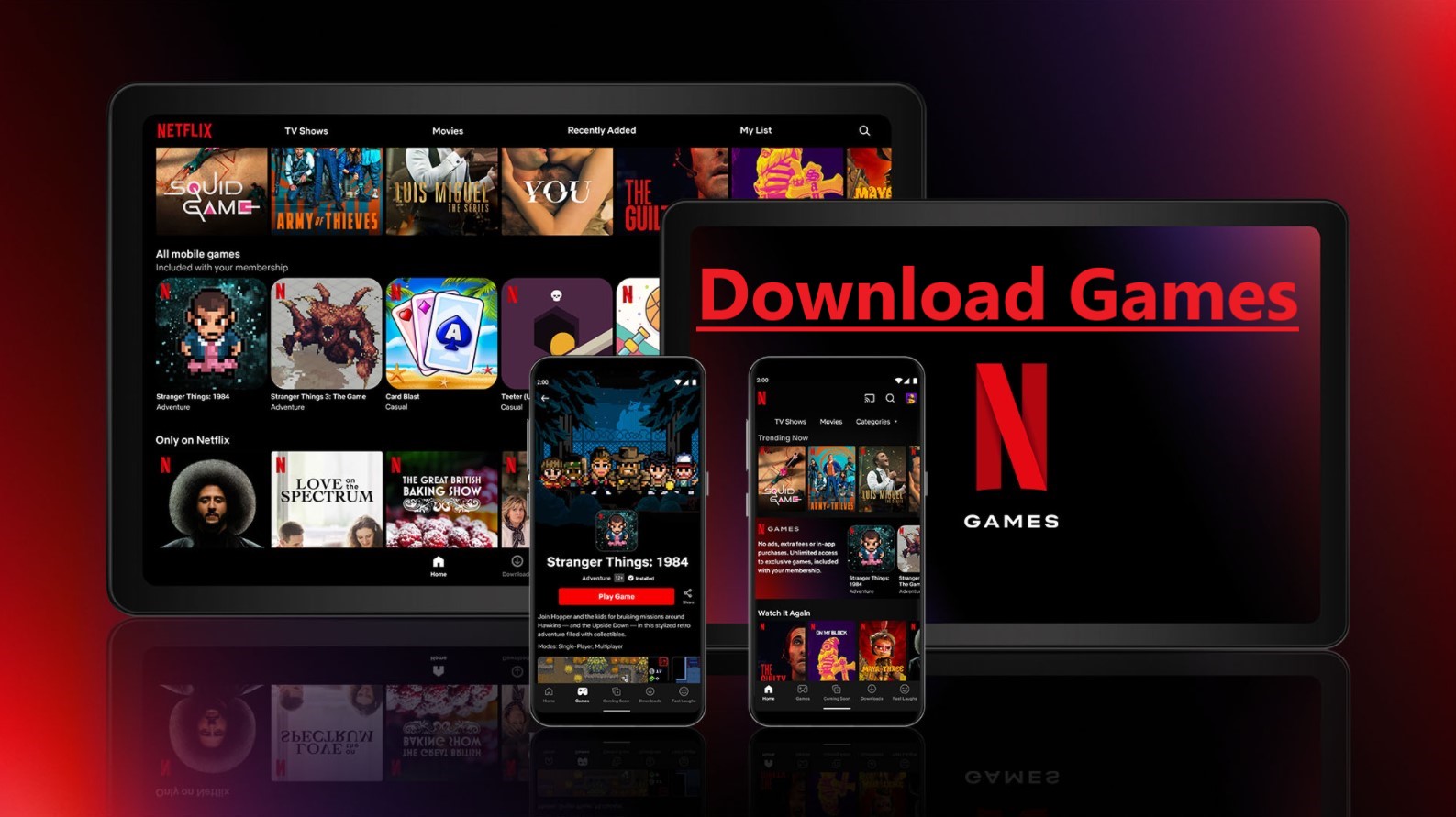 How to Cast Oculus Quest 2 to a TV