I’m USA TODAY editor-in-chief Nicole Carroll, and this is The Backstory, insights into our biggest stories of the week. If you’d like to get The Backstory in your inbox every week, sign up here.

In late March 2020, Gary Fowler, 56, went to three Detroit emergency rooms looking for care. His father had COVID-19 and was in the hospital on a ventilator. Now Fowler had a fever and was feeling ill as well. He wanted a coronavirus test, and he needed help with his breathing.

Three times, he was turned away.

At the first hospital, “He tells them, ‘My father has the coronavirus. I would like to get a test because I am showing symptoms. I am coughing,’ ” Gambrell said. “He had a fever of 101. He had shortness of breath. He was showing all the signs.

“They tell him, ‘Sir, more than likely the fever is from bronchitis.’ And they tell him to go home. But they also give my dad a piece of paper saying to act like you have the virus.”

Fowler was not tested for COVID-19.

He continued to seek medical care in the following days, Shamus wrote, going to another emergency room with a 100.7 degree fever and shortness of breath. There, Gambrell said, his father was told he’d get better care at a facility three miles away.

We’re not going back to normal:We died in normal. America needs to face health inequity

So they drove him the roughly three miles to the next ER, where Gambrell said his father explained: “‘My chest hurts. I can’t breathe. I have a fever that has not broke. I’ve been taking Tylenol, I’ ve been drinking stuff and it is not breaking. I think I have the virus because my father tested positive for it and I saw him … the day he went to the hospital.’

“But it was the same thing. They tell him: ‘You’re fine. You have bronchitis. Go home. Drink water. Act like you have the virus.’ ,

He followed instructions. He went home. He couldn’t breathe well, so he slept upright in a blue recliner by his bed.

That’s where he died on April 7.

“My dad passed at home, and no one tried to help him,” Gambrell said. “He asked for help, and they sent him away. They turned him away.”

USA TODAY ran the story on the front page on April 22, 2020. That is where Oprah Winfrey read it. She said she couldn’t get it out of her mind.

She talked to Shamus recently about her story.

“I was haunted by the words of the story and that picture,” Winfrey said of Gambrell, who was photographed by Free Press photographer Ryan Garza staring through the window of his northwest Detroit home. “In the middle of the night, I woke up thinking about that.”

She said the story humanized how the pandemic disproportionally sickened and killed people of color and clearly showed the racial bias in health care.

“I … sent the story to everybody I knew, digitally. I sent it to one of my producers who’s worked with me for years for the Oprah show. And I said, ‘Gee, you know, I wish there were something we could do about this story.’ … Then, when I was talking to my team about documentaries and what kind of work we wanted to do and I said, ‘I can’t get the story of Gary Fowler out of my head.’ There have to be more Gary Fowlers,’ and that’s how it happened.”

“It” is The Color of Care, a disturbing new documentary that details racial disparities in health care and the families who lost loved ones in the pandemic. Winfrey’s Harpo Productions partnered with the Smithsonian Channel on the documentary.

But it’s just the start of her push for change.

“It’s a moment to ignite a cultural conversation around this public health crisis, and … to move the conversation forward because there’s so many people who aren’t even aware that this is what is happening,” Winfrey told Shamus.

Winfrey would like to get the film shown in medical schools, to professional health care networks, nonprofits and to health care journalists.

“I want people to be aware that because of the color of your skin, there are disparities in your ability to receive your rightful health care. What we’re trying to do is have this campaign, … it’s a yearlong campaign, reach current and future medical professionals.”

That campaign kicked off Wednesday night at the documentary’s premiere at the Smithsonian National Museum of African American History & Culture. Gambrell was there.

He wore two teddy bear necklaces around his neck. One contained ashes of his father, the other of his grandfather.

I asked him how he got involved in the documentary. He said Harpo first called him in August 2020.

“I was sitting on the porch with my mom and they were like, ‘We saw your picture in USA TODAY. Would you be interested in doing the film?’ They didn’t say it was Harpo, but I was like, yeah, sure. I just want to get the story out there.”

The next day, they called him back and said the film would be produced by Harpo. “And I was like, are you serious? It was major. I would say it’s a blessing. I hate that it’s for my dad, but I’m glad it’s for him. You know, look what’s happened. They’re raising awareness of these issues.”

I asked him what his dad would think of the film, of the campaign, of the change that is to come.

And what does he want to come from this?

“I hope that with this film, doctors and nurses will treat people like human beings. Take away a person’s color or religion and treat them as a human being. Stop telling someone what you think is wrong with them and let them tell you what’s bothering them because no one knows your body like you know your body.”

Shamus asked Winfrey the same thing: What are you hoping that the documentary will accomplish?

“I’m hoping that it becomes more than a film,” she said, “just like your words became more than a story and how your words got passed on to me and then I now have created this film that passes it on in a different language.”

Journalists want to make a difference. That’s why so many do what we do, including Shamus.

“But when you actually see something tangible come from your work, there’s just no way to describe how good that feels.”

Backstory:You can talk about suicidal thoughts and depression. USA TODAY editor shares advice after her mother’s death by suicide.

Backstory:‘Take a chance’: Lessons from Simone Biles, Melinda French Gates, Nina Garcia and other USA TODAY Women of the Year

“The Color of Care” premieres on May 1 at 8 pm Eastern on the Smithsonian Channel.

Nicole Carroll is the editor-in-chief of USA TODAY. Reach her at [email protected] or follow her on Twitter here, Thank you for supporting our journalism. You can subscribe here. 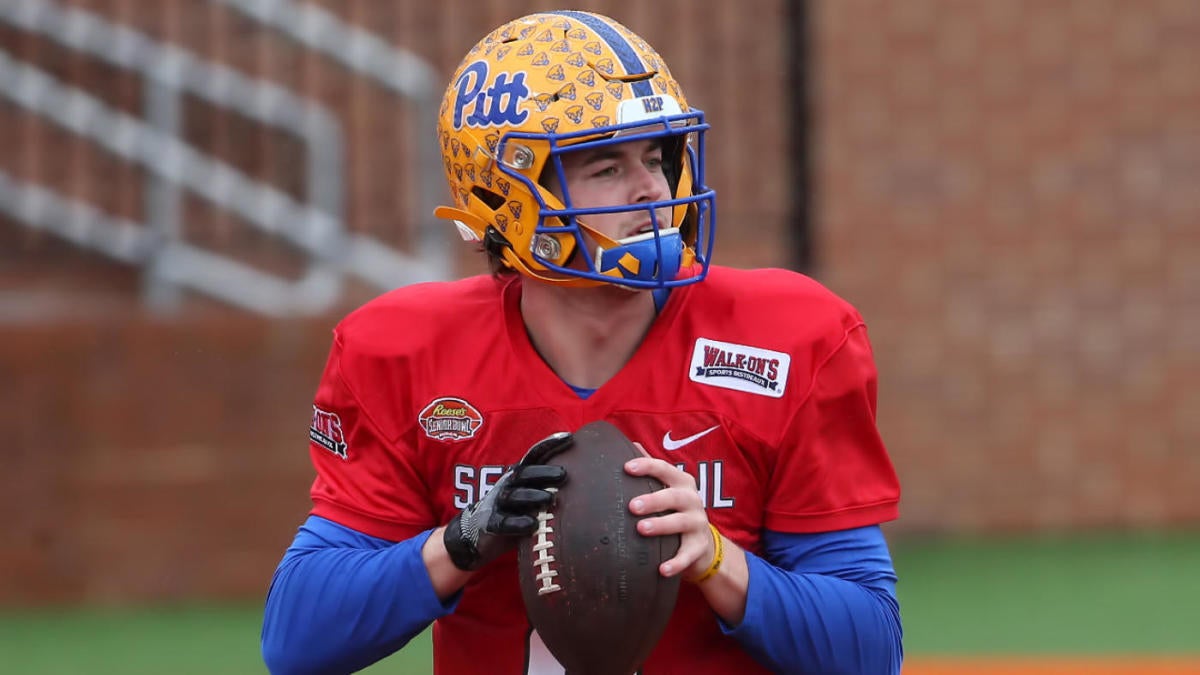 NFL insider notes: Kenny Pickett a likely Panthers pick at No. 6 and more draft insight from scouts and execs

Every Easter Egg In The Back To The Future Movies