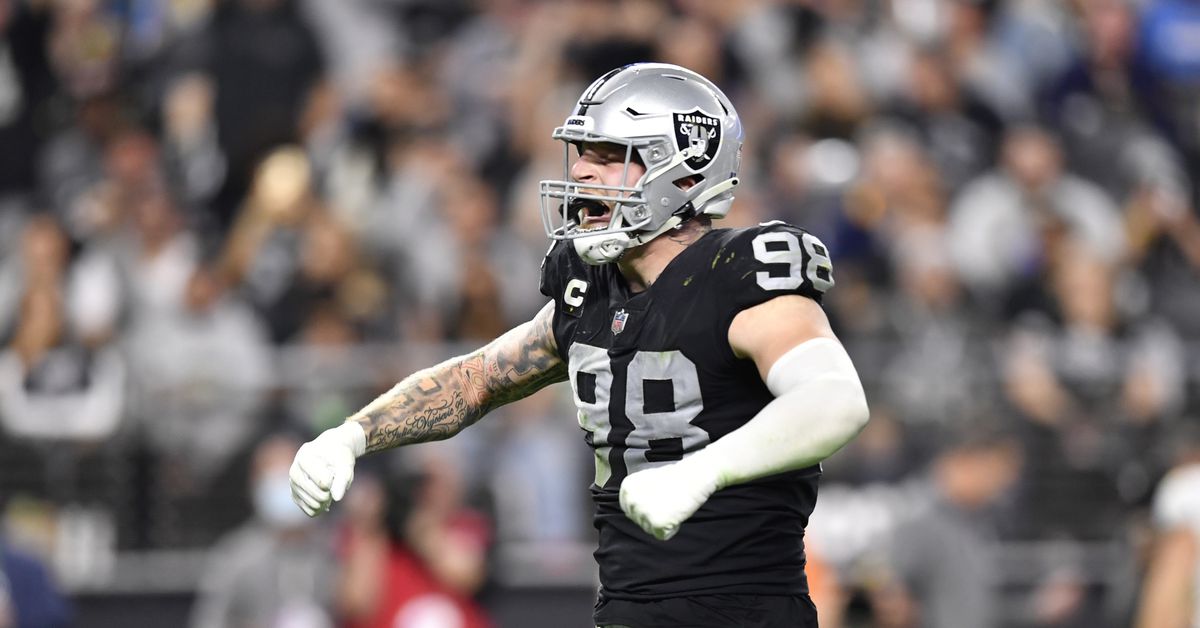 If you need a walking, talking, breathing example of the Las Vegas Raiders’ resolve, just watch No. 98 Maxx Crosby play football. The 24-year-old defensive end is the epitome of the relentlessness interim head coach Rich Bisaccia demands from his desert marauders.
The unbridled tenacity and seemingly limitless stamina Crosby is displaying during the Raiders frenetic 4-0 run to get to 10-7 and earn an NFL Playoffs berth is uncanny. The 6-foot-5, 255-pounder is shot out of a cannon and resembles wild man the late-great Ultimate Warrior sprinting down to the ring for his wrestling matches. Except, there’s one inherit difference between Warrior and Crosby, the Raiders edge rusher keeps on sprinting, doesn’t get gassed like the wrestler.
Take the regular season finale. Mad Maxx racked up six total tackles, three stops for loss, two sacks and four quarterback hits in an ungodly 82 snaps. That’s 16 more snaps than his previous 2021 season-high of 66 in the overtime win against the Dallas Cowboys on Thanksgiving Day.
“We’re not going to stop until our hearts explode, and then we’re going to play another snap,” Crosby said after this past Sunday’s exhilarating 35-32 overtime win over AFC West foe Los Angeles Chargers.
“I am just so proud of my teammates and the coaches,” Crosby, who finished the regular season with eight sacks and 55 total tackles, continued. “We’ve had ups and downs all season. … Guys just kept going and didn’t stop, and that’s a testament to everybody. “Because when we lost five out of six games, we easily could have thrown the towel and said, ‘Shit, we’ll go next year and try again and see what happens.’
“That’s our mentality in the building. Nothing can stop us when we put our mind to something.”

Putting all the malarkey behind them — from head coach Jon Gruden getting exposed by Email Gate, Henry Ruggs III ending his football career by being behind the wheel and causing an accident that took a young woman’s life, to a myriad of other things — Las Vegas has captured something many teams seek when it comes to the postseason dance: A terrible resolve.

“I was talking to Mr. (Mark) Davis in the locker room and one of the things we were talking about was, ‘I don’t think any team has been through what we’ve been through in 10 years, let alone one year,’” Raiders quarterback Derek Carr said after the win over the Bolts. “There’s so much emotion with everything that we’ve done. My brother said it best, ‘This team was forged in the fire.’ We’ve been through some stuff, some refining, some hard times, but we locked the doors every day on Monday and the people that were inside that building didn’t stop believing.
“It showed today. We made it to the playoffs. It’s awesome. It’s probably the coolest accomplishment I think I’ve ever had in my life football-wise. To see where we were at with everything we went through and to still make it … this was the coolest thing to see this team come together and be able to still decide that this is what we wanted to do.”

Carr hit the bullseye like when he throws darts to wide receiver Hunter Renfrow. The Raiders acquired their resolve from the tumultuous 2021 campaign and tested thoroughly on their 4-0 march. The never-said-die attitude, the Cardiac Raiders, is a heartening thing for a fan base vamished for playoff berths and even more success. The relentlessness is a far departure from what came before. There was a popular notion that turned out to be stone cold fact that at some point during a game, the Raiders would do something to cost themselves the game. And when that happened, they were ripe for the picking as they folded fast.
Despite the team going 3-0 before the win-and-get-in regular season finale and even when the team was up by 15 against the Chargers, no Raider fan, not even the most die-hard, can deny that whisper in the back of their head, clawing in their ear canal, that no lead was safe. That murmur grew into a frantic yell when the Bolts zapped their way to a tie and overtime. And in that extra period, that voice that kept saying “the Raiders are not going to win this” kept repeating the message. If it were Silver & Black of yesteryear, that might’ve been true. But this breed of Raider is different.
“You just try to walk around and look in everybody’s eyes and say, ‘Let’s go,’” Renfrow said Sunday. “It’s an even game. Forget what happened. We’ve got a chance to go win it. I think we did that. … We were ready for whatever came our way tonight.”
Vegas is likely eager and willing to meet whatever greets them this Super Wild Card weekend with a grin — that sly ‘give me your best shot’ smirk. That swagger can only be gained by going through what the Raiders went through and coming out the other side even stronger than you were before. Sure, Vegas could walk into the postseason and quickly exit after this Saturday’s tilt with the Cincinnati Bengals. That’s the nature of the beast, the win-or-go-home tournament.
But it’s also quite plausible the Raiders don’t die easy and come out on top as they tame the cats in Ohio.

Derek Carr will need to be every bit as calm, cool, collected and confident he’s been during the Raiders 4-0 run to close the 2021 regular season in the upcoming playoffs. Stephen R. Sylvanie-USA TODAY Sports

“It’s awesome, but you know our goals. This is one of them, but there is more after that, too,” Carr said. “And we got to play a team (Cincy) that already beat us. It’s going to be tough.”
“I just have this weird feeling in my heart like the job is not done,” Carr continued. “Like my favorite player Kobe (Bryant) said, ‘Job is not done.’ It does feel good, it’s exciting, but I don’t set out to just make the playoffs, although it’s been since 2016 and I didn’t even get to play. It feels cool.”
The fire the Raiders have stoked to get to 10-7 and the playoffs is still burning. But that flame must burn brighter and hotter in the playoffs.
“We’ve always preached one game at a time, one play a time, one day at a time,” Bisaccia said. “If you stay in the win too long, you end up putting yourself in a bad position. If you stay in the loss too long … they’re both imposters, right?”
Well, the Raiders are surely not pretenders. Just how much more proving they do, it’s up to them. Have they proved enough? Possibly, as the franchise reached the playoffs despite everything that could have scuttled it this season. But Vegas is also right in not being satisfied. The goal for every team in the NFL is the Super Bowl and not just getting into the chase. Hoisting the Lombardi Trophy is the ultimate prize and fortunately for the Raiders, this 2021 chase will include Carr at the helm of the offense. Something that was missing in 2016 when the franchise quarterback was lost to a broken fibula just before the regular season ended.
The job’s not done and this go-around, Carr and the Raiders gets the opportunity to finish it. 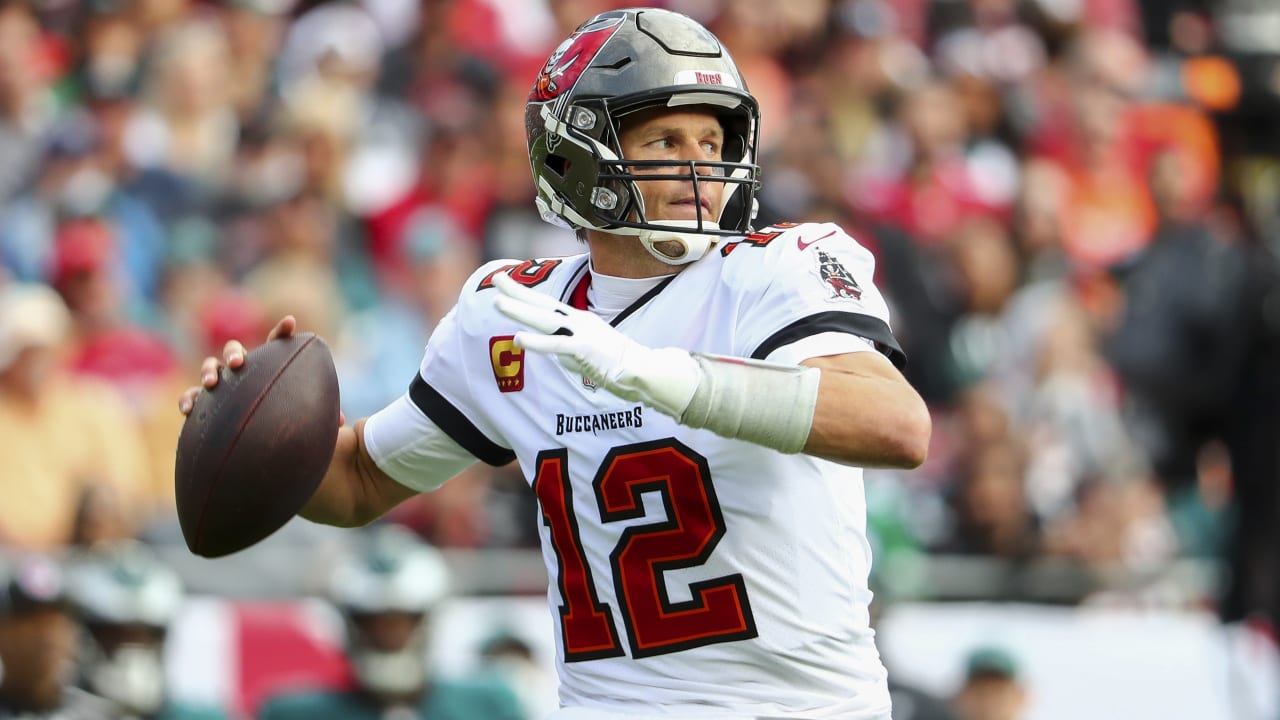 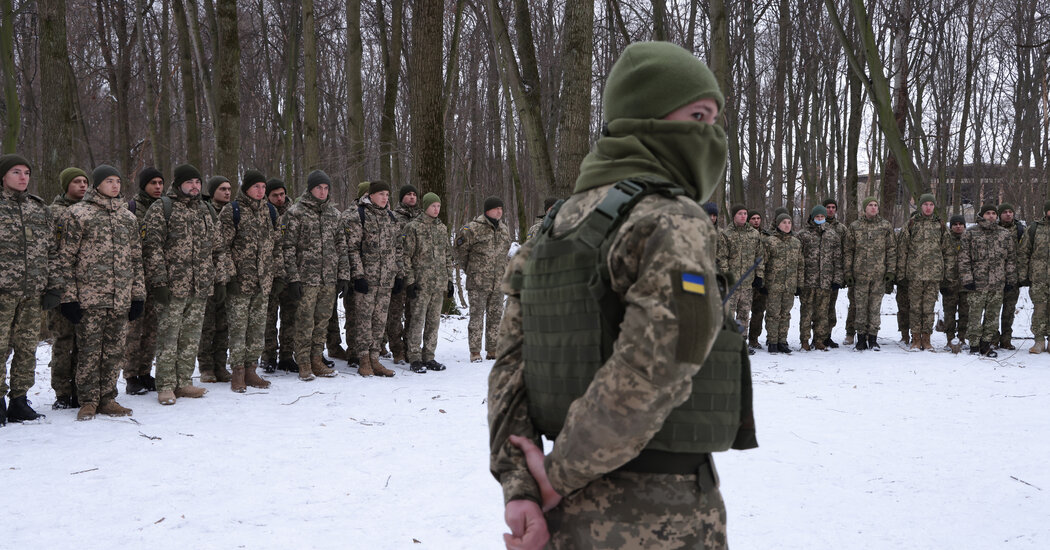 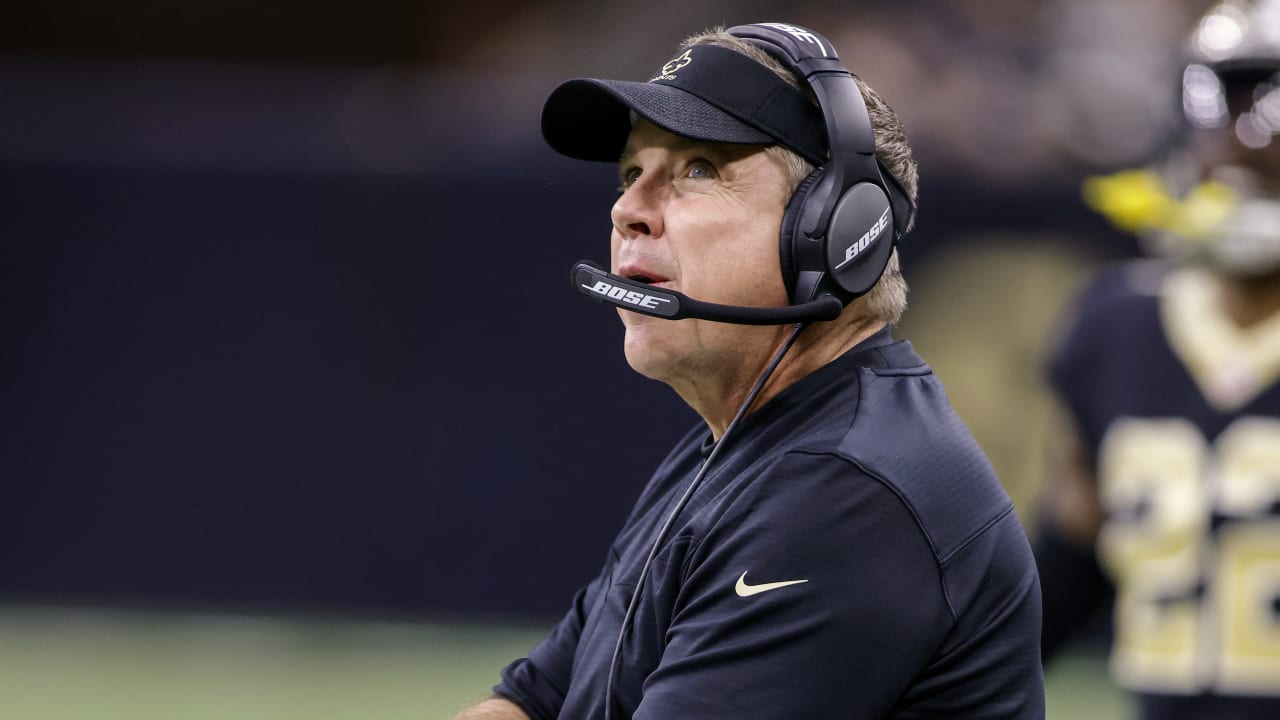 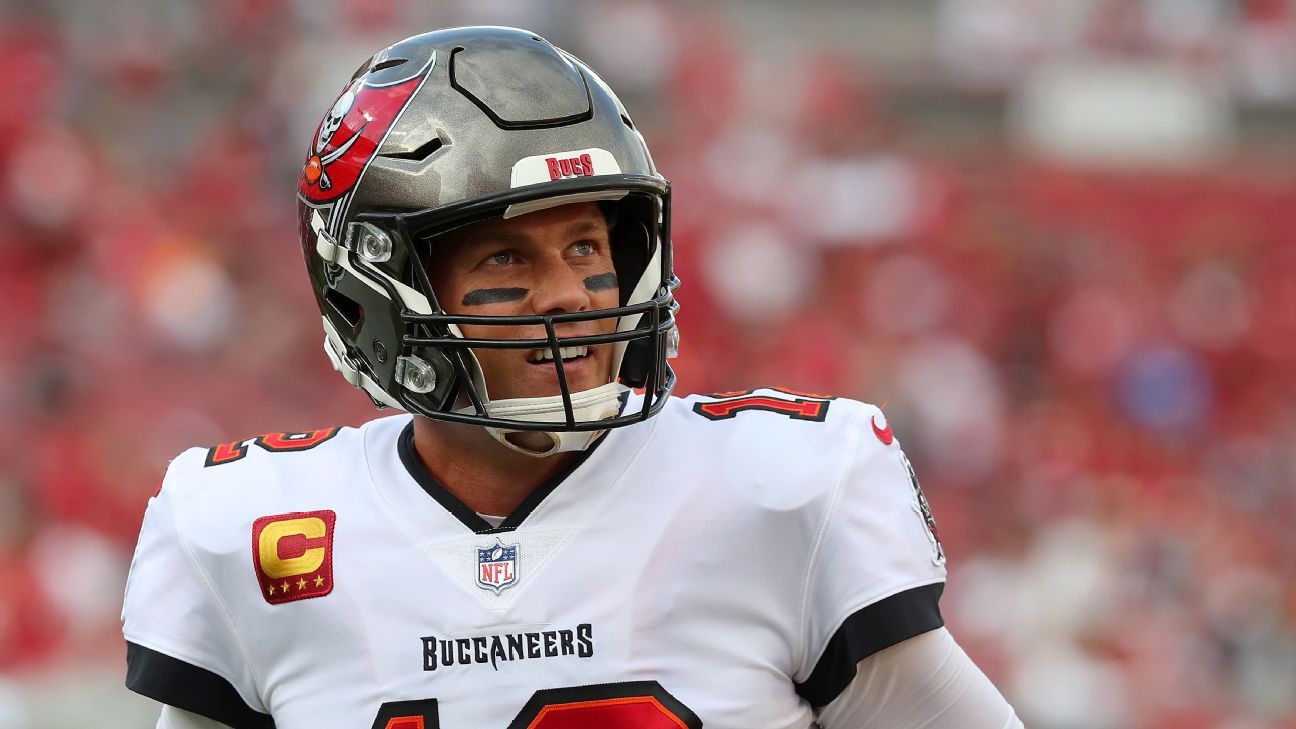 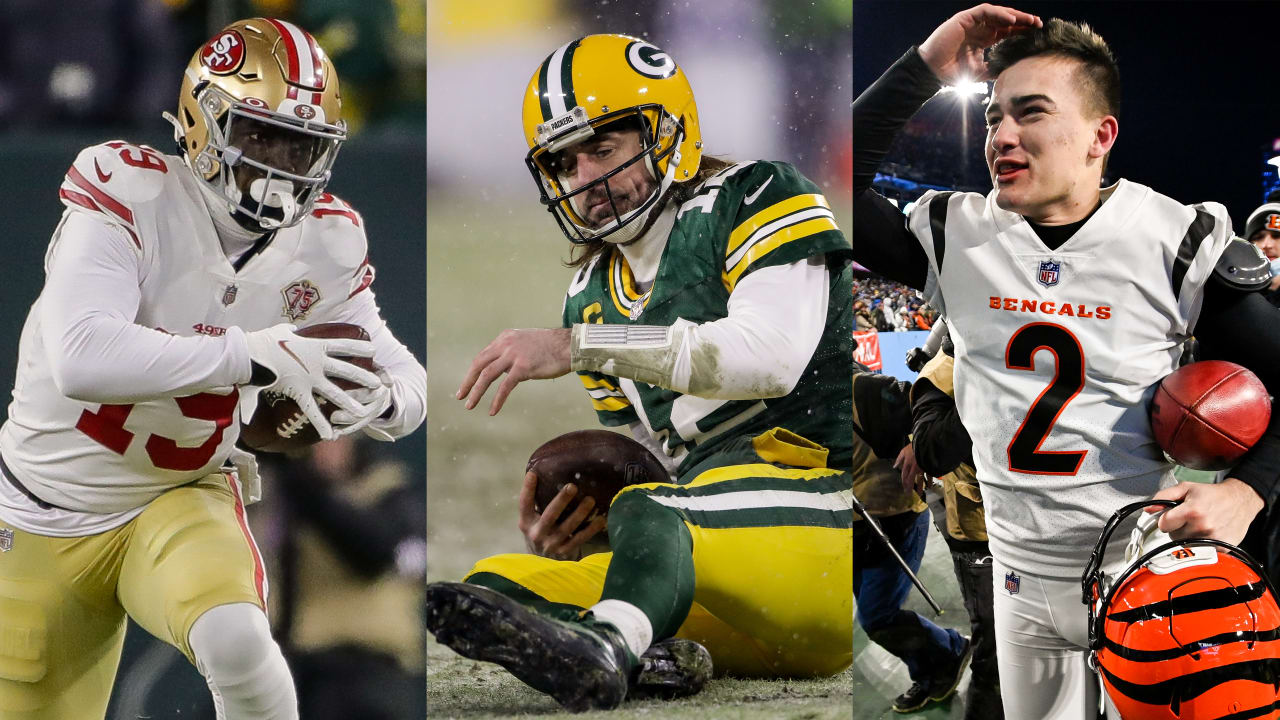 When is Overwatch Lunar New Year 2022? How to avoid the latest phone scams

‘The Tragedy of Macbeth’ and the Coen Brothers Movie Rankings