Jimmy Garoppolo #10 of the San Francisco 49ers throws a pass against the Dallas Cowboys during the third quarter in the NFC Wild Card Playoff game at AT&T Stadium on January 16, 2022 in Arlington, Texas.

If the Pittsburgh Steelers or any other NFL teams want to get their hands on San Francisco 49ers quarterback Jimmy Garoppolo, they’re going to have to pay up.While Garoppolo’s play has been polarizing for 49ers fans, San Francisco couldn’t be dealing out a veteran quarterback at a better time. The current group of quarterbacks coming out in the 2022 NFL draft haven’t received hype anywhere close to what was being said about the five first-round names taken in the 2021 draft.Further, the free agents available aren’t too convincing either. Sure, Jameis Winston is worthy of starting in the NFL, but he, Marcus Mariota, and the rest of the free-agent QBs are not exactly in high demand.

If the Steelers, Denver Broncos or Tampa Bay Buccaneers or other teams looking for a QB are interested in Garoppolo, one NFL executive has a prediction on the price. NFL Insider Matt Lombardo spoke with the AFC director of personnel anonymously, sharing the exec’s comments on the situation.“I’d think the Niners could realistically get a second-round pick plus at least a player,” the exec reportedly said. “But, I do think his market could expand once teams get one look at this year’s quarterback class. He’s probably better than anyone from this class or 2023. If they’re trying to get a first-rounder, good luck, they aren’t getting close to that for a bridge quarterback, which is what he is.”A second-round pick plus a player may not be a first-round option, but that’s certainly a sizable return for a player that has dealt with serious injury issues. Plus, it’s not like Garoppolo helped his value that much in the playoff games with two touchdowns and three interceptions over three games.However, the AFC exec is not the only opinion Lombardo got from those with front office experience.ALL the latest 49ers news straight to your inbox! Join the Heavy on 49ers newsletter here!Ex-GM on GaroppoloBesides the AFC director of personnel’s comments, Lombardo cites an anonymous former NFL general manager in his story too. The first anonymous exec suggests a second-round pick and a player, but the former GM thinks the market isn’t set up as well as some might think.“Teams aren’t going to be thinking ‘Hey, I have to go get this guy,’” the ex-GM said. “The 49ers, and John Lynch are going to look around and say ‘hey, we’ve got no leverage, let’s go,’ so I think there’s a chance they’ll have to settle on a [Round 3] or [Round 4 pick,] unless they somehow drum up a bidding war and get several teams in on the action.”So, two different outlooks. While several teams do need a quarterback, there’s room for debate on what they may be willing to pay for Garoppolo. His varying quality of play is certainly a factor, but the bigger hurdle is his 2022 salary.Garoppolo a Massive Cap Hit in 2022If Jimmy G wasn’t set to be a $25.5 million cap hit for whichever team he ends up on, per Spotrac, the Niners would have teams begging to trade first-round value for Garoppolo.Which is what makes his potential trade so interesting. Jimmy G ranked 12th in passing yards, t-17th in passing touchdowns and second in yards per attempt. Nothing impressive.But a mid-tier starting quarterback can take you far, which Garoppolo and the 49ers showed that with two NFC Championship appearances and a Super Bowl appearance. How teams value Garoppolo will differ based on how they value his role in the 49ers’ success.There may be teams not sold on him as a complete QB, but the 35-16 record in San Francisco speaks for itself. 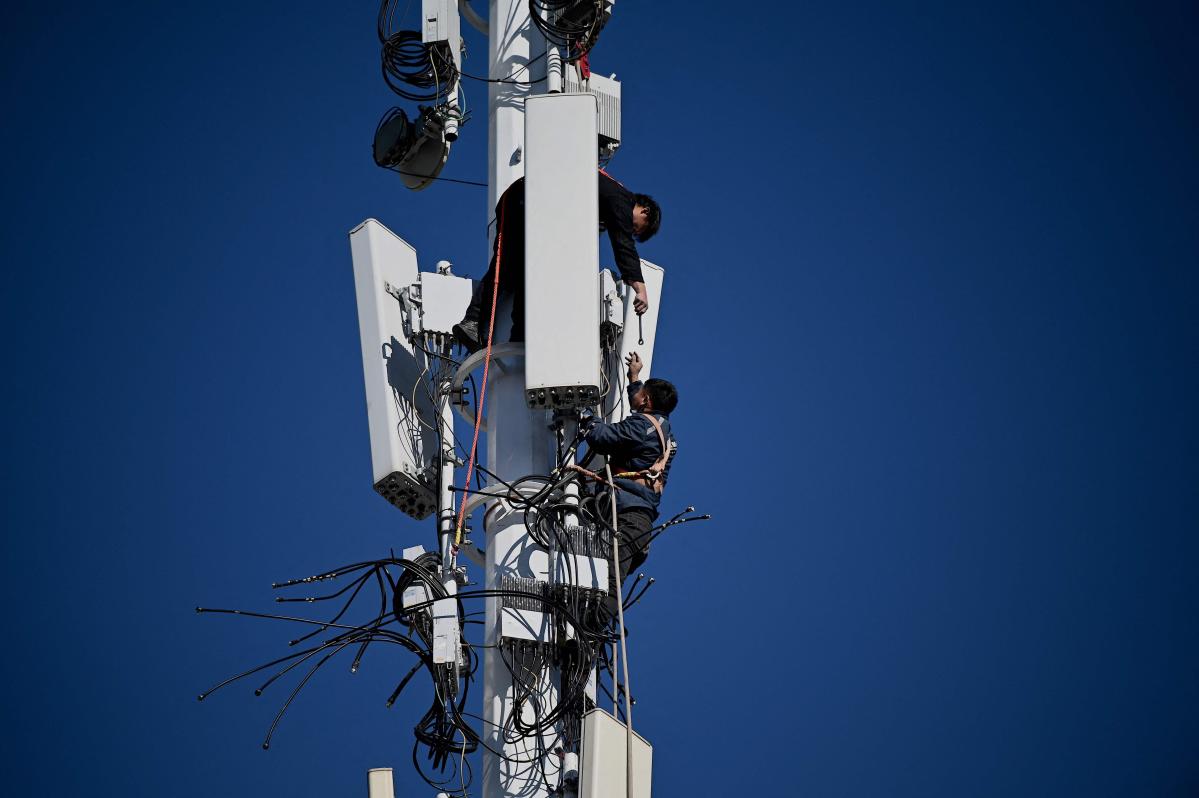 What is C-Band? Here’s what a new 5G flavor means for AT&T and Verizon users

Markets recoil as investors react to higher than expected inflation.

Is the US Economy Headed for a Slowdown?