Hollywood has come up with an answer for what’s next in Earth-threatening disaster movies now that asteroids and comets are played out. Moonfall (from Independence Day director Roland Emmerich) asks what would happen if the moon was going to crash into our planet. NASA and Moonfall are having an amiable back and forth on Twitter about that wild premise.

The NASA Moon team kicked off a Twitter thread on Tuesday with “At only ~240,000 miles away, our nearest neighbor affects our life here on Earth. Here are a few reasons why we’re grateful the moon is stable in its orbit (no offense Moonfall)” and tagged the Moonfall movie.

Moonfall responded with a GIF of the moon ominously bearing down on Earth, saying, “You’re telling me this isn’t actually going to happen?”

NASA Moon mic-dropped with a terse “No” followed by facepalm and eye-roll emojis.

It’s all in good fun. NASA isn’t seriously dunking on an extremely fictional movie that stars Halle Berry as a NASA executive and former astronaut who’s trying to save the world from moon-doom.

Part of the plot involves dragging a space shuttle out of retirement. Moonfall shared a snippet of a behind-the-scenes video where the filmmakers talk about NASA experts consulting on the film. “Whatever you do, you want to do it as correctly as possible. Even if it’s a fantastic movie,” Emmerich said in the clip.

The full NASA Moon thread that started this conversation is worth checking out as different divisions of the space agency chimed in with information about how the moon affects the Earth’s rotation, tides and ability to support life.

Moonfall opens in theaters in February, and we can all be relieved the moon isn’t actually going to fall on us.

Movies coming in 2022 from Marvel, Netflix, DC and more 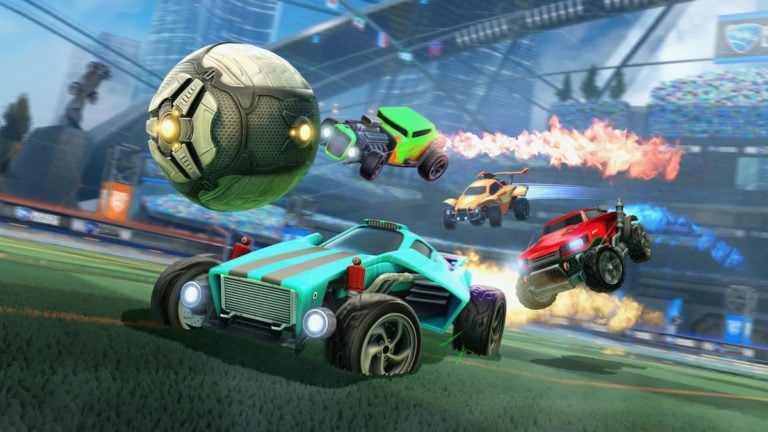 How to play Rocket League split-screen

‘It’s Anthony’s Time’: A Composer Gets His Due