Ms. Marvel Episode 4 brings Kamala to Pakistan and introduces new characters that raise many questions about the series. Audiences are finally introduced to Kamala’s grandmother, Sana, when Kamala and her mother, Muneeba, travel to Karachi at Sana’s request. This, in turn, sees Karachi introduce a new set of players in Kamala’s struggle with the ClanDestines.

Ms. Marvel episode 4 includes Easter Eggs all around Karachi that eagle-eyed viewers might recognize from the comics, which Kamala gets to experience as she’s taken on a less-than-enthusiastic tour by two cousins ​​she hasn’t seen since her youth. Ultimately breaking away from them so she can get a chance to examine the train from her vision, she meets a red-masked figure who mistakes her for one of the ClanDestines and engages her in a fight. Ultimately realizing his mistake, this apparent new ally, known as the Red Dagger, takes Kamala to his hideout, where she learns many new things about djinn and the ClanDestines.

Getting close to the train from her vision in Ms. Marvel Episode 3 brings Kamala closer to information about Aisha and her origins than she’s ever been. The introduction of the Red Dagger is something right out of the comics, but his character and origin are changed somewhat — something that’s become common in Ms. Marvel to date, With all these new developments and characters coming into play, questions swirl around the new episode. Here’s a roundup of the most prominent questions from Ms. Marvel episode 4:

Who Is The Red Dagger?

Known in the comics as Laal Khanjeer (translating from Urdu to English roughly as “Red Dagger“), Kareem is a vigilante in Pakistan who isn’t superpowered. He’s great with knives and incredibly limber and nimble — especially after learning parkour from the internet. He acts as a sort of rival-become-ally and love interest for Kamala during the run of the original Ms. Marvel comics.

Ms. Marvel episode 4 introduces the Red Dagger as Kareem (Aramis Knight), the latest in a long line of Red Daggers who protect Karachi from otherworldly powers like the ClanDestines. He doesn’t appear to be superpowered, but he does say that he can sense the Noor, suggesting a change from his comic book counterpart. His mentor, Waleed, is somehow attached to Aisha and is a capable enough fighter to match and even kill the ClanDestines.

That the Red Dagger is a sort of mantle that gets passed down is a departure from the comics but an interesting way to tie the character to the new story developed for Ms. Marvel. It appears Aisha may have been key in arming them with knowledge and helping the group combat the djinn known as ClanDestines in Ms. Marvel, suggesting her own schism from the group. While much is still not known of the Red Dagger’s group or their reach, Kareem and Waleed show themselves to be capable allies in Ms. Marvel episode 4.

Does Kamala Need To Wear The Bangle To Use Her Powers?

Ms. Marvel episode 2 established that Kamala’s powers come from within her, but she has yet to be shown using them without wearing the bangle. It isn’t entirely clear whether the bangle acts as a sort of focus for abilities or if she’s just more comfortable wearing it than leaving it back at home. Perhaps by the end of Ms. Marvelher reliance on the bangle — or lack thereof — will become clearer.

What Does The Inscription On Kamala’s Bangle Mean?

The mystery surrounding Kamala’s bracelet in Ms. Marvel keeps deepening with the new reveal of its inscription in Ms. Marvel episode 4. Translated by Waleed, Kamala’s bangle reads: “What you seek is seeking you.” The question, then, is what Kamala is actually seeking. Evidence suggests that she’s searching for her identity or to understand more about her origins. Other possibilities include Aisha herself, the other bangle referenced in Ms. Marvel episode 3, or something more nebulous. Perhaps it’s something as simple as Kamala seeking her purpose and the bangle representing a purpose already set out and waiting for her. Whatever it might be, it will likely show itself as a significant part of the plot in the final episodes of Ms. Marvel,

During her last meeting with Waleed, Kamala receives a blue vest that “has history in every thread.” Kamala is assembling a costume throughout Ms. Marvel‘s run, having already received her mask from Bruno. Though promotional images show that her final costume isn’t going to include a vest, she may incorporate its material as a remembrance of Waleed, the Red Daggers, and her culture. The garment itself doesn’t seem to be special in a superpowered kind of way, but it likely carries a deeper meaning that will become apparent in future episodes.

What’s With All The Ant-Man In Ms. Marvel?

Ms. Marvel episode 4 has yet another explicit reference to Ant-Man. At the train station in Karachi is a big mural of Scott Lang that reads: “You can start small and still be larger than life.” Scott has apparently become internationally popular due to a podcast he hosts that details all the doings of the Avengers before and during the events of Avengers: Endgame, This might explain Ms. Marvel‘s odd fixation on Ant-Man, but it seems more likely that the series is being used to hype audiences for Ant-Man and the Wasp: Quantumania in 2023. Maybe Kamala will appear in the third Ant-Man installment, using her cosmic powers and a new understanding of other realms to help out the titular hero.

Ms. Marvel has shown Kamala’s bangle giving her visions in the past, but what happens to her at the end of Ms. Marvel episode 4 feels and looks different than anything seen so far. When Najma attacks Kamala directly, Kamala deflects the blow with her bangle and is suddenly thrust into an entirely new scene at the train station with the last train to Karachi leaving during the Partition of India. Far from appearing like a vision, it looks instead as if Kamala has time-traveled in Ms. Marvel episode 4.

Will Kamala Be The One To Get Sana On The Train To Karachi?

If Kamala truly has time-traveled via the mysterious powers of the bangle, she will likely be the one to ensure that Sana gets back to her father on the train to Karachi. Sana described the experience as following a trail of stars, something very in line with Kamala’s powers. This might also solve the mystery of where Aisha disappeared to on that night: if Kamala has truly traveled back in time, maybe she’ll meet up with Aisha and bring her back to the future with her so they can save the day together.

With all these new developments in Ms. Marvel episode 4, episodes 5 and 6 are sure to pack mighty punches. Given that Ms. Marvel is breaking MCU records by being inventive with its story and adaptation to date, more twists and turns are almost guaranteed to arrive in the final episodes. Wherever the story of Ms. Marvel goes next, it’s sure to raise even more questions and mysteries for Kamala and the MCU.

Next: The MCU Just Made Its Alternate Dimensions Even More Confusing


Ray is a writer who cares way too much about obscure facts, subtitles, and small domesticated animals. For Screen Rant, he writes features that focus on his favorite movies and TV Shows. When he’s not writing, you can find him cooking, hiking, or remembering some cringey thing he said seven years ago. 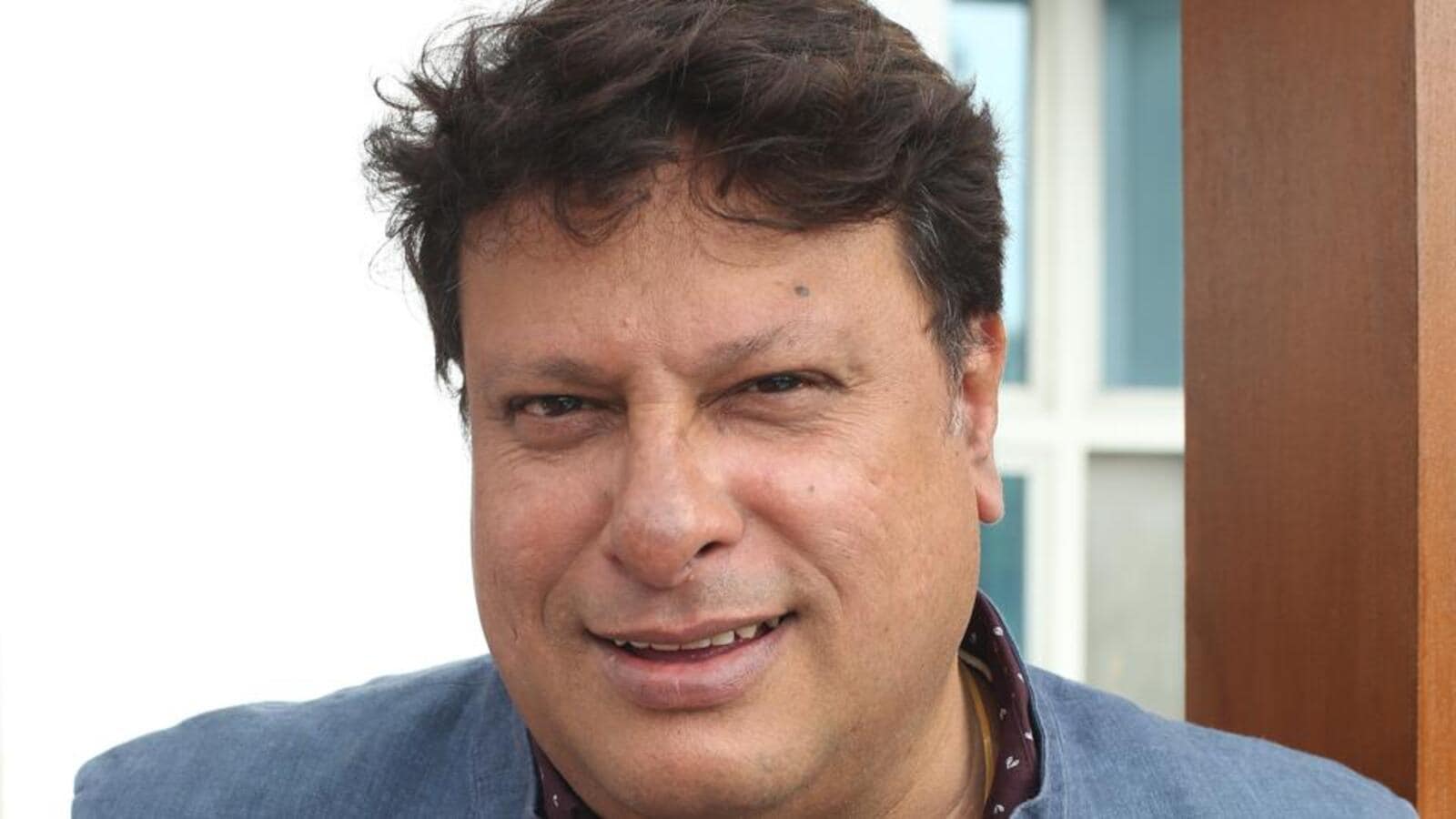 Elon Musk sells billions in Tesla stock as he prepares to buy Twitter.