Movies coming (for now) to a theater near you

It’s hard to craft “most anticipated” lists without a little trepidation these days. As we’ve learned over and over the last two years, reality can turn on a dime. With the Omicron surge ongoing, all movie release dates seem borderline optimistic.

Some of the biggest names in early 2022 films are refugees from nearly two full years ago (I’m looking at you, Morbius). Big festivals like Sundance—which planned for an in-person event until early January—migrated completely online, prompting a domino effect of further schedule changes.

With fingers firmly crossed, here are the highlights we eagerly anticipate hitting this spring, and a few with uncertain dates that we can look forward to… soon. Hopefully.

Steven Soderbergh’s HBO Max releases over the last two years (Let Them All Talk and No Sudden Move) were pleasantly heightened streaming surprises, just when we needed a bit of art-house tension in our homes. Based on its trailer, Soderbergh’s Kimi looks like it might continue that trend, combining elements of Rear Window and Blow Out—alongside the director’s 2018 psychological thriller Unsane—with some virtual assistant paranoia thrown in for good measure.

Director Josephine Decker is an experienced hand at plumbing the psychological depths of creative women in original, complicated ways—a troubled teenage drama student in Madeline’s Madeline, author Shirley Jackson in Shirley. Her latest is an adaptation of the YA novel The Sky Is Everywhere, scripted by its author, Jandy Nelson. The story, about a 17-year-old musical prodigy navigating grief and love after her sister’s death, sounds more straightforward than Decker’s previous work. It’ll be interesting to see how she brings her flair for interiority and magical realism to the project. 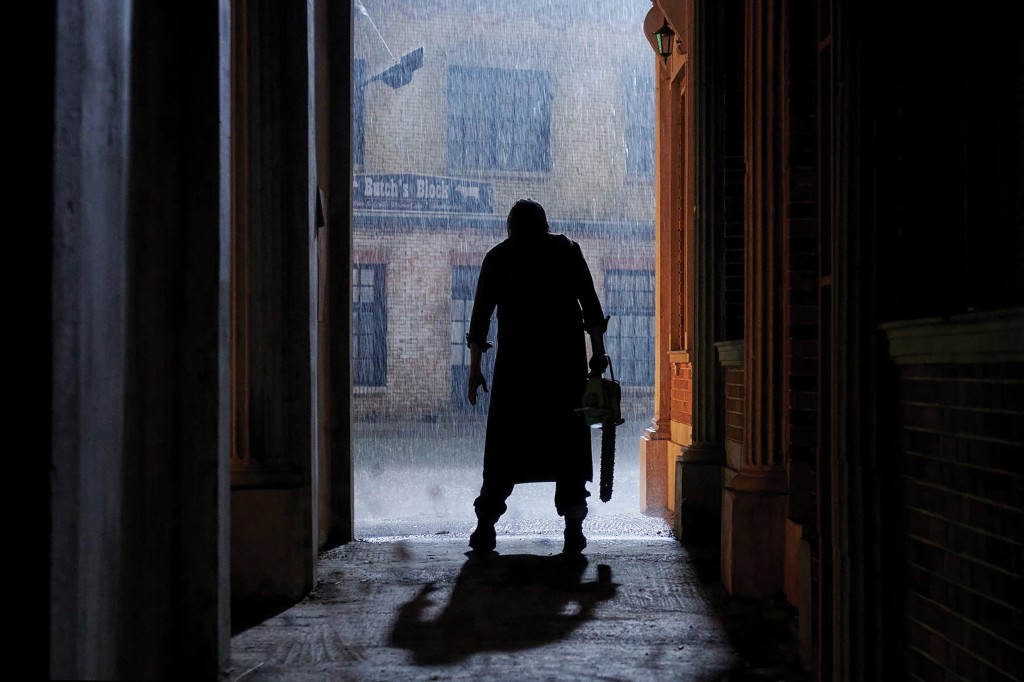 This “spiritual sequel” to Tobe Hooper’s iconic masterwork of the same name isn’t without its doubters. While director David Blue Garcia is still a fairly unknown quantity, the movie boasts a producing and script credit by Evil Dead remake mastermind Fede Alvarez. If anyone has the literal guts to tackle this, it’s Alvarez. Another intriguing highlight? Eighth Grade star Elsie Fisher, in her first major role since the Stephen King Hulu series Castle Rock.

Director Matt Reeves’ take on the caped crusader has got Robert Pattinson as an emo Batman, Zoë Kravitz as Catwoman, Paul Dano as what promises to be a spectacularly unhinged Riddler, and Colin Farrell under lots of prosthetics as the Penguin—proving once again that he’s always been an iconoclastic character actor trapped in a leading man’s body. We weren’t sure about including this: it’s just the kind of film we’re all going to see, whether we want to or not, right?

Disney will release Pixar’s newest film straight to Disney+ in March, as it did Luca last summer. Given how beloved director Domee Shi’s Oscar-winning short Bao was in 2018, and how intensely viewers have been pushing Pixar to diversify their directing slate, this distribution punt is highly disappointing. Turning Red follows an awkward Asian-American teen who turns into a giant red panda when she gets too excited. It looks adorable. Make it a priority to stream this on release day, as a surge of interest is the only way Disney will know that these new creative voices deserve more support.

Indie horror fans know and love Ti West, who first slashed his way onto the scene with the slow-burn Satanic panic tale The House of the Devil. West hasn’t directed a movie since his 2016 western In a Valley of Violence. A ‘70s-set slasher about an amateur adult film crew with O.G. Texas Chainsaw Massacre overtones (and released by A24, no less!) sounds like an eagerly embraced return to form. 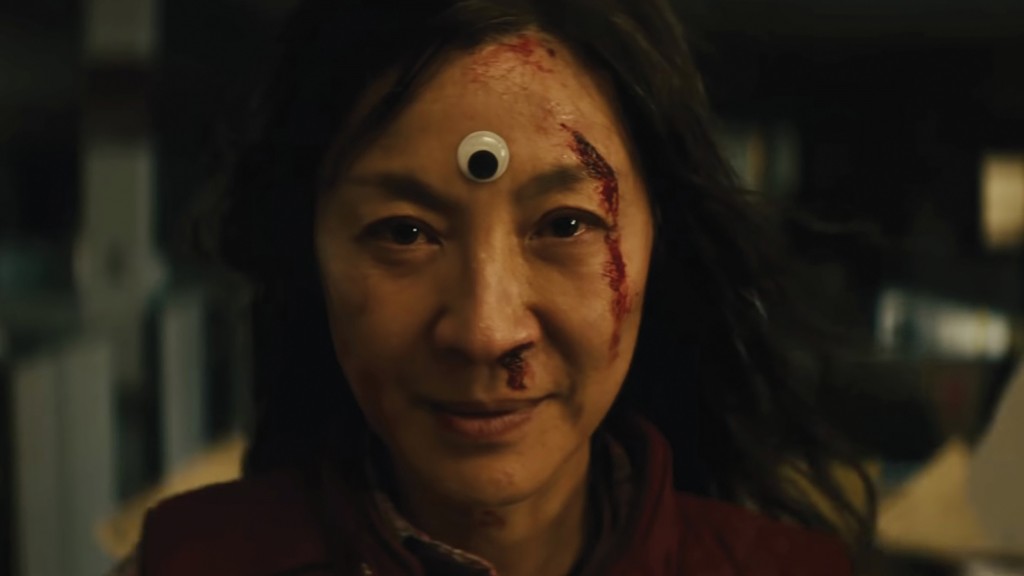 Everything Everywhere All At Once

Everything Everywhere All at Once
Release date: March 25

Swiss Army Man proved Dan Kwan and Daniel Scheinert (known collectively as Daniels) could do amazing things with a bizarre premise, no matter how bizarre. Yes, that’s the film where Daniel Radcliffe’s corpse farts its way to another man’s survival. Everything Everywhere All at Once looks delightful, in a different but equally boundary-pushing approach to standard genre fare. This time we’ve got Michelle Yeoh showing off her well-established stunt chops, as her multitude of other multiverse personas are called upon to save the world.

The rise of actor Yahya Abdul-Mateen II has been one of the few consistent delights of the last few years. As our editor Brock has noted, however, several of Abdul-Mateen’s most prominent roles have been franchise-related. In Watchmen, Candyman, and The Matrix Resurrections, Abdul-Mateen proved he could give iconic yet entrenched characters fresh charm. In Michael Bay’s forthcoming Ambulance, he’s graduating to a full-on non-franchise action lead actor—initiating a high-stakes bank heist alongside Jake Gyllenhaal. Early trailers show the passionate thespian bringing his signature intensity to the role. Plus, blowing stuff up is always nifty. Nothing to dislike here.

In 2015, Robert Eggers ushered in a new era of arthouse horror with The Witch. In 2019, The Lighthouse gave us another freaky New England folktale, swapping Satan’s promises of delicious living for Willem Dafoe and his lobster cookery. The Northman, Eggers’ third film, looks like a total departure. A star-studded cast (Ethan Hawke! Alexander Skarsgård! Nicole Kidman!) is set to act out a stripped-down, grimy Viking epic. Will there be ominous animals? Supernatural temptations? Easily offended home chefs? Difficult-to-explain violence? We cannot wait to find out.

Nicolas Cage, like Keanu Reeves, is a living meme unto himself. We love seeing him succeed, and we love seeing him go meta. The Unbearable Weight of Massive Talent—in which Cage (as himself) goes undercover for the CIA to appear at a drug kingpin’s birthday party—has arrived to capitalize on the character actor’s heightened moment in the spotlight. Given the comedic skill of other cast members involved (Pedro Pascal, Neil Patrick Harris, Tiffany Haddish, Ike Barinholtz), it could be legitimately great. Few films offer the promise of such a simple surefire win, à la observing Cage and Pascal play off each other’s weirdo energy. 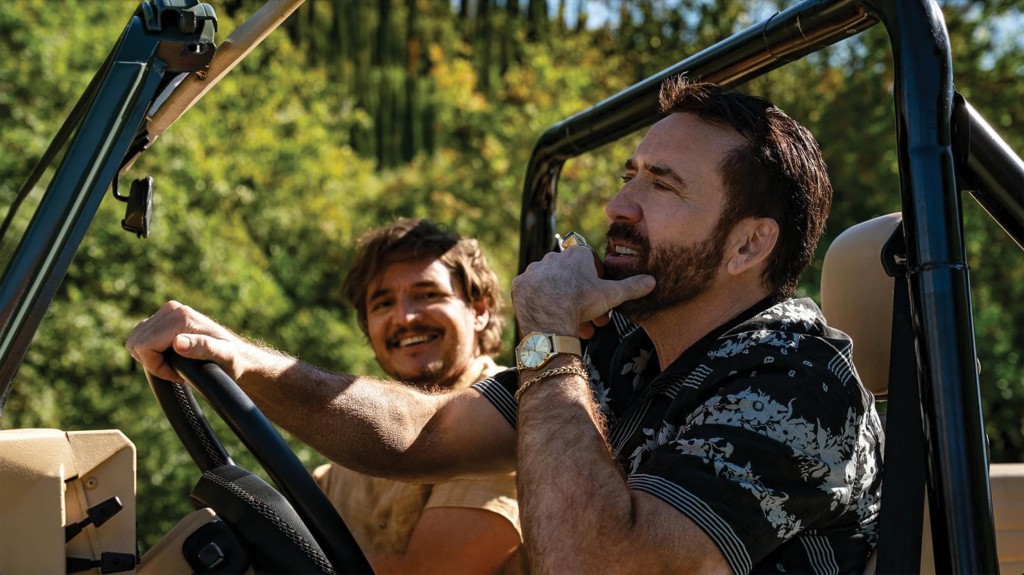 The Unbearable Weight of Massive Talent

Doctor Strange in the Multiverse of Madness
Release date: May 6

If you’ve been up on Marvel releases of late, you know that many of the MCU’s storylines—both cinematic and televised—have been leading up to this movie. Multiverse of Madness picks up on the consequences of Stephen Strange’s (Benedict Cumberbatch) actions in Spider-Man: No Way Home, which presumably have implications for other individual Marvel tales we’ve gotten recently. Those impacted include WandaVision, Shang-Chi and the Legend of the Ten Rings, and perhaps Venom: Let There Be Carnage. The directorial involvement of Sam Raimi, the creator of Evil Dead and the original Spider-Man trilogy, is of interest to genre fans, though the production’s extensive reshoots could suggest there’s cause for concern.

Scott Derrickson’s adaptation of Joe Hill’s short story was initially slated to come out in early spring, but Blumhouse Productions upgraded it to a summer release, showing confidence in this tale of a 13-year-old boy abducted by a serial killer (Ethan Hawke), who tries to escape via clues delivered on a supernatural phone. The Black Phone picked up a crop of ardent fans at its Fantastic Fest premiere last fall. All signs suggest we’re in for a memorable outing. 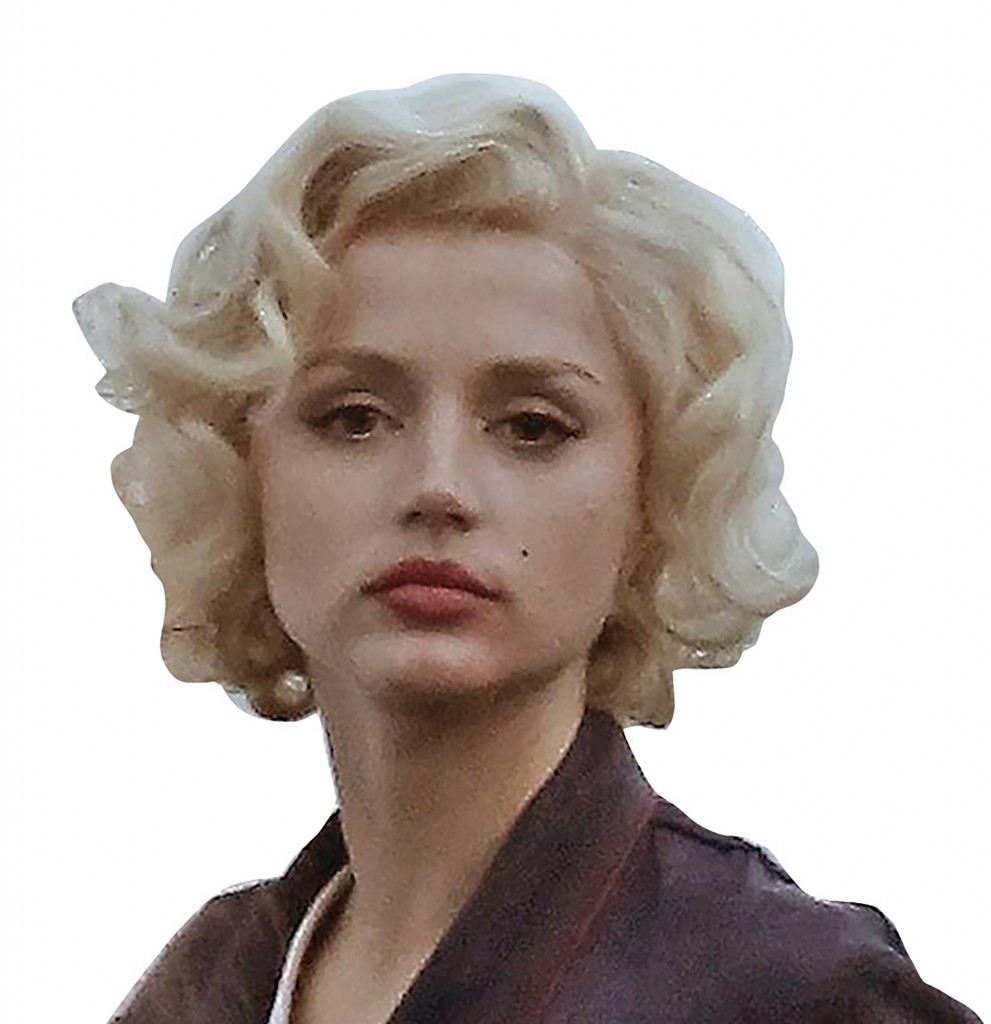 Outside of the already-slated releases for the first half of the year, we’ve also been promised several exciting movies that don’t yet have set dates. Margaret Qualley and Robert Pattinson star in Claire Denis’ adaptation of the novel The Stars at Noon, set in Nicaragua during the Sandinista Revolution.

Fans of The Assassination of Jesse James by the Coward Robert Ford and Killing Them Softly can look forward to director Andrew Dominik’s adaptation of Joyce Carol Oates’ Blonde, starring Ana de Armas as Marilyn Monroe.

De Armas’ Knives Out co-star Daniel Craig will reprise his role as Detective Benoit Blanc in Rian Johnson’s highly anticipated Knives Out 2, a film which also stars (checks notes) everyone in Hollywood.

Beloved Hollywood power couple Stephanie Allynne and Tig Notaro co-directed the Sundance film Am I Ok?, about a woman (Dakota Johnson) who falls in love with her lifelong best friend (Sonoya Mizuno). It also features a soundtrack by St. Vincent, just in case the hipster in you wasn’t fully sold on it.

Rising talent Karen Maine—if you haven’t seen Yes, God, Yes, do so immediately—directs Rosaline, a comic interpretation of Shakespeare’s Romeo and Juliet from the perspective of Romeo’s ex, played by Kaitlyn Dever.

Finally, Cartoon Saloon, the Irish animation studio behind the gorgeous Wolfwalkers and The Secret of Kells, is releasing My Father’s Dragon from The Breadwinner director Nora Twomey. Watching a young boy run away to steal a baby dragon offers the escapism we all crave—of a time when leaving the house felt dangerous for more interesting reasons. Like dragons.

Tags: Ambulance, Blonde, Doctor Strange in the Multiverse of Madness, Everything Everywhere All at Once, Havoc, Killers of the Flower Moon, Kimi, Knives Out 2, My Father’s Dragon, Rosaline, Texas Chainsaw Massacre, The Batman, The Black Phone, The Northman, The Sky is Everywhere, The Stars at Noon, The Unbearable Weight of Massive Talent, Turning Red, X 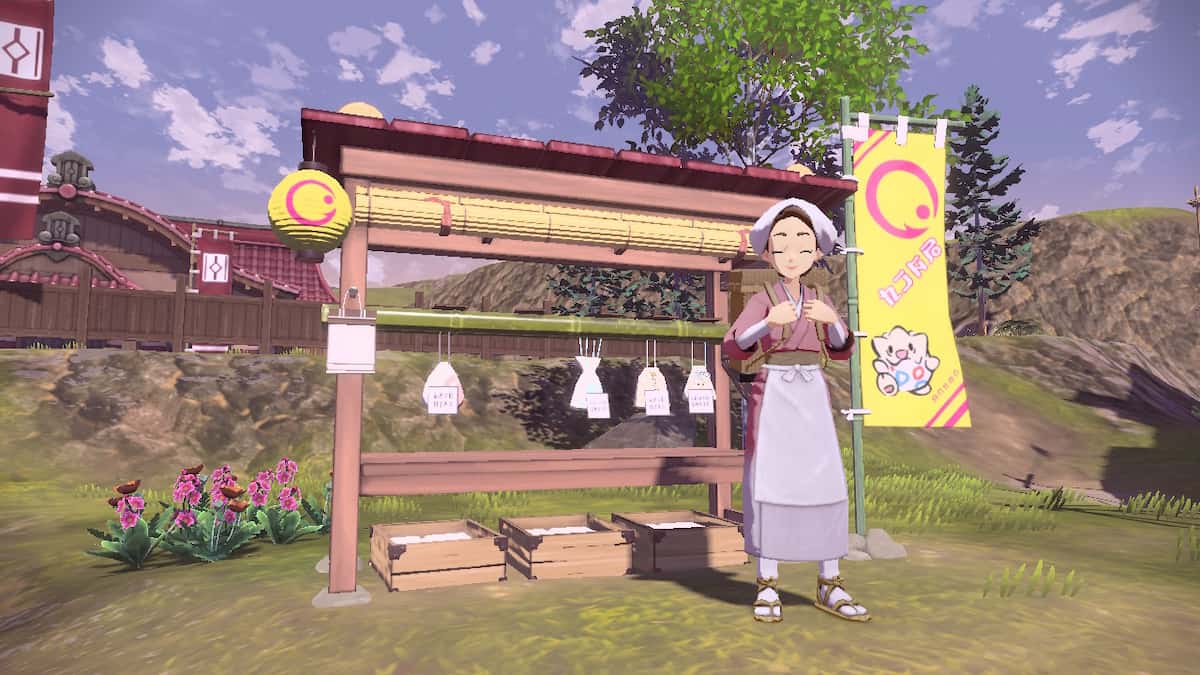 How to evolve Porygon into Porygon2 and Porygon-Z in Pokémon Legends: Arceus

File is not commonly downloaded and may be dangerous Chrome, Firefox

How to sign up for the Wake Up CBUS Newsletter