Throughout its five seasons, the anime adaptation of Kohei Horikoshi’s My Hero Academia introduces numerous Quirks. These superpowers can be used for both heroism and villainy. Many Quirks are incredibly interesting and unique, as blending several Quirk generations leads to unexpected combinations.

RELATED: My Hero Academia: 10 Quirks That Should Be Forbidden

The MHA movies add even more Quirks into the mix. My Hero Academia: Two Heroes, Heroes Rising, and World Heroes’ Mission don’t always seem to fit with the canon timeline of the anime and manga, but that doesn’t mean they aren’t individually enjoyable. The Quirks in the films are often remarkable, making them a challenge for their opponents.

One of the most important characters in MHA: Two Heroes, David Shield is All Might’s good friend and former sidekick. Now an inventor on I-Island, he uses his Squirmy Fingers Quirk to create support items for heroes. The Quirk massively increases his dexterity, allowing him to flawlessly control his fingers and bend them in ways other people can’t.

David’s devotion to All Might leads him to invent a powerful Quirk Amplification Device, which he believes will return his friend to his former strength. When the device is confiscated by his sponsors, David resorts to hiring the villain Wolfram, planning a fake attack on I-Island. Unbeknownst to him, Wolfram is actually working with All for One.

The main antagonist in Two Heroes, the villain uses David’s device to enhance his Metal Manipulation and Muscle Augmentation Quirk. Wolfram’s power, therefore, becomes truly terrifying. His Metal Manipulation gives him a real advantage on I-Island, allowing him to freely reshape metal for both offensive and defensive purposes. Wolfram almost manages to defeat All Might and only fails because of the interference of Izuku and his friends.

Wolfram may have been a terrifying villain, but the antagonist in Heroes Rising is much worse. Nine naturally possesses the Weather Manipulation Quirk, a power that allows him to summon thunderstorms and tornadoes. The ability is devastating not only to his opponents and environment but also to himself. When he uses it, his cells rapidly degenerate and he is in extreme pain.

As a result, he turns to the aid of All for One, receiving an extra set of Quirks he hopes will solve the problem. Some of his additional and all-new Quirks are Bullet Laser, which allows him to shoot laser beams from his fingertips, and Hydra, which manifests a dragon-like construct from his back. While his new abilities are remarkable, they don’t help him. On the contrary, his situation worsens, and he is forced to hunt down a healing Quirk to save himself.

The solution to Nine’s problem comes in the form of Mr. Shimano’s Cell Activation. The Quirk allows Mr. Shimano to heal wounds and speed up recovery time by activating the cells in their body. Unfortunately for Nine, the original version of the Quirk works only on people with type A blood, rendering it useless to Nine, who has type B. Mr. Shimano’s son, Katsuma, has a superior version of the Quirk, and it is this power that Nine attempts to find on Nabu island, only to be thwarted by the students of Class 1-A.

6 Slice, Mummification, And Chimera Are The Powerful Quirks Of Nine’s Subordinates

No great villain works alone, and Nine is no different. During his invasion of Nabu Island, he is accompanied by Slice, Mummy, and Chimera. Mummy’s Quirk, Mummification, is in some way similar to Best Jeanist’s Fiber Master. It allows him to use his bandages to incapacitate opponents and take control of inanimate objects. Slice uses her hair as a lethal weapon while Chimera’s blue werewolf appearance hides the powers of additional animals, including a dragon’s fire breath. They are eventually defeated by the combined skills of Class 1-A students, but only with great effort.

Katsuma Shimano’s sister, Mahoro, is incredibly protective of her younger sibling and doesn’t like heroes much. During Class 1-A’s stay on Nabu Island, she uses her Hologram Quirk to cause trouble for the students by creating illusionary monsters. When Nine attacks her brother and Izuku intervenes, Mahoro uses her Quirk to alert the other students of the danger by creating a cartoonish version of the wounded Izuku.

The antagonist in MHA: World Heroes’ Mission, Flect Turn is unique in that he is almost a mirror of Izuku Midoriya. His Reflect Quirk causes him to experience a life of rejection, and he dedicates himself to toppling the world order centering on such supernatural abilities. But while Flect Turn may not have appreciated the effect his Quirk has on his life, it certainly comes in handy when fighting Izuku Midoriya.

RELATED: MHA: 5 U.A. Students Who Could Have Defeated Flect Turn (And 5 Who Would Have Lost)

The Quirk allows Flect Turn to absorb the attacks he is hit with and redirect them at his foes, making it a difficult obstacle for One for All. Izuku eventually manages to defeat the villain but his win comes too late for him to actually intervene in his plan.

Izuku’s civilian companion in World Heroes Mission, Rody Soul is drawn into the fight with Humarise by accident. After stealing a case containing important Humarise data, he becomes a target for the villainous organization and is only rescued thanks to Izuku. He later learns that his own father was an unwilling part of Humarise, killed after he tried to stop Flect Turn’s schemes.

Rody’s Quirk is nowhere near as powerful as that of his unexpected hero friend. Dubbed ‘Soul’, his ability grants him a bird-like companion named Pino. Pino is an expression of Rody’s own soul, which means he cannot lie. In the end, it is Pino that stops Flect Turn’s bombs and saves hero society from the plot of Humarise using the code created by Rody’s father.

The very first villain to target Rody in World Heroes Mission, Beros is completely devoted to Flect Turn’s cause, just like the rest of Humarise. She believes she must atone for having a Quirk. Ironically, it is precisely this ability that makes her such an efficient fighter.

Beros’ Longbow Quirk allows her to transform her thumb and pinkie finger into the two ends of a bow and fire incredibly strong projectiles. While she cannot create her own ammunition, she can control the path of the projectiles she fires. She is such a deadly fighter that even with Blackwhip’s help, Deku has trouble escaping her.

1 Serpenters And Leviathan Are A Real Threat

While Izuku takes on Flect Turn, his companions Katsuki Bakugou and Shoto Todoroki have to deal with two of the villain’s strongest subordinates. Both Serpenters and Leviathan prove difficult to handle, particularly since they use Trigger while confronting the two U.A. students. The maniacal Serpenters twins use their Sword Kill Quirk against Katsuki, and while on Trigger they can each create seven swords from their arms, back, and mouths.

Meanwhile, Leviathan’s Helical Scythe Quirk manifests in twisted red appendages that come from his fingers and head. He can use his Quirk to manipulate the elements, a skill that, alongside his strength and resilience, makes him an almost undefeatable opponent for Shoto. Both young heroes manage to take down their respective opponents, but it’s certainly not easy.

NEXT: My Hero Academia: 5 Quirks Everyone Would Want (& 5 That Seem Too Dangerous For Anyone To Have)


Next
10 Anime Villains Who Are Just Lonely 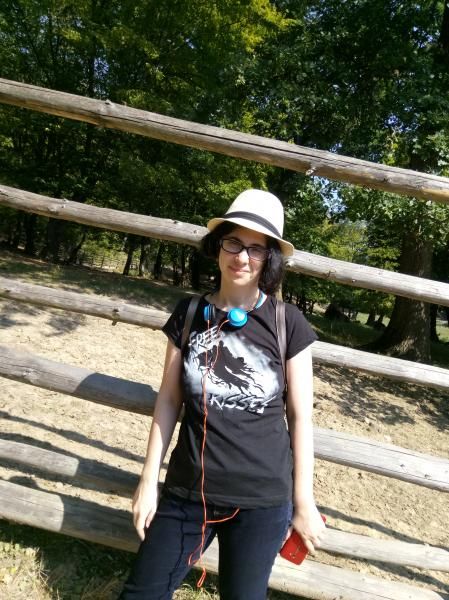 
Alexandra Moroca is an author with a degree in Political Science and a penchant for obsessing over fictional characters. Hailing from Romania, the country of all things vampire, she particularly enjoys digging her non-existent fangs into works of supernatural fiction. When she isn’t binging the newest anime series or writing her newest novel, she likes to scream about her favorite characters on CBR. Thor, Jane and the Guardians rock up in these exclusive Love and Thunder images

Apple Books app not working for many users after iOS 15.5 update