Chelsea finally look set to sign a left-back, only for their academy, after agreeing a deal for Derby starlet Dylan Williams

Derby County are in administration – video with voiceover

Chelsea are on the verge of signing Derby wonderkid Dylan Williams, who has impressed under Wayne Rooney in the first-team this season.

The 18-year-old has made six first-team appearances for the Rams during the current 2021-22 season, playing in a number of positions in Rooney’s side.

Derby have reportedly agreed a fee with Chelsea ahead of a move to Stamford Bridge this January, although initially he will go into the club’s academy side rather than straight into Thomas Tuchel’s first-team.

Williams could be one of the next stars to emerge from Chelsea’s impressive academy in years to come after Rooney, instead of trying to keep hold of the youngster, allowed him to leave and grasp the opportunity.

But who is the youngster Derby were reluctant to lose?

Here Mirror Football takes a look at the Derby starlet, who is set for a move to Chelsea this month…

Who is Dylan WIlliams?

Dylan Williams has impressed under Wayne Rooney this season
(

Williams is a talented young full-back who has already left a lasting impression at Derby since breaking into the first team, although he has represented the Rams at a number of different levels.

The teenager arrived at Pride Park from Wolves in 2021, and quickly worked his way up through the various age groups at Derby, before becoming a regular in the senior squad.

The left-back is not only solid defensively, but holds all the qualities of the modern day defender, as he is productive going forward and has a tidy finish in his locker too.

It makes Williams a perfect fit for being moulded into a wing-back role and it’s likely that is where he will be utilised if he joins up with the Chelsea development squad as expected.

While Chelsea are also seeking a wing-back to cover for Ben Chilwell for the first-team, it is clear they are planning for the future too under Tuchel by capturing the youngster.

His career so far

Dylan Williams arrived from Wolves in 2021
(

Williams was previously in the Wolves academy before joining the Derby Under-18s squad ahead of the 2020-21 season.

His Derby career got underway instantly as he started their first game of the season, which they won against Sunderland, and Williams scored his first goal in their second outing during a 3-2 win against Middlesbrough.

Williams added a further two goals to his tally as he netted a brace during a 5-1 victory against Blackburn, and his performances earned him a call-up to the Under-23s, where he instantly became a regular.

The youngster proved that he could perform in a much higher age group by January, with goals and assists in games against Leicester and Manchester United, and Williams was picked to face Chorley in the FA Cup at the age of just 16.

As Covid forced the entire first-team to isolate, Williams was one of many academy players thrown in at the deep end, but he held his own once again, and he made his senior debut for Derby in the Carabao Cup first round tie against Salford City in August.

Williams has made a total of eight first-team appearances, an impressive tally considering he only turned 18 in September.

What Rooney has said

Wayne Rooney is keen for Dylan Williams to take the opportunity

Derby boss Wayne Rooney addressed speculation regarding the deal for Williams in his press conference on Friday and insisted that he was willing to allow the youngster to leave.

“We have agreed a fee with a Premier League club, still getting finalised as we speak, for Dylan Williams,” he said.

“It is one where I felt I couldn’t deny him the opportunity, so that is my decision, not an administrator’s decision.

“It was my decision after speaking to the player, I felt I couldn’t deny a young lad an opportunity of going to play in the Premier League.

“I actually don’t know what the fee is, that has been agreed between the other club and the administrators.

“I took control of it and said I wanted to speak to the player and see what his feelings are, and it is a massive opportunity for the player, which I understand. Hence the fact I was happy for him to leave the club for a new venture somewhere else.” 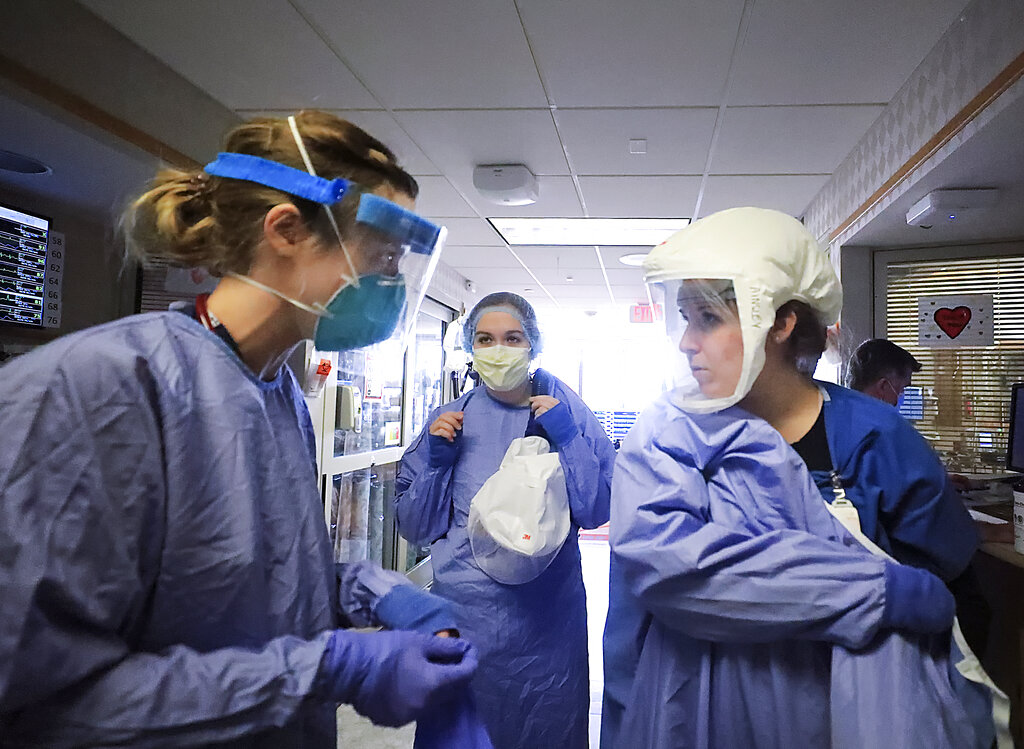 Central Indiana hospitals running low on COVID treatments, limiting who qualifies for them