Marco Festa wasn’t going to let anyone tell him no.

“I was told by some doctors that I wouldn’t be able to play competitive high school sports, or even sports at all,” Festa said. “I struck out the first batter I faced this year.”

Seeking to pay it forward and give back to athletes with different abilities, Festa, a junior at Indian Hills, is organizing a Wiffle ball tournament at Indian Hills on Saturday, June 18 to raise money for AthletesWithoutLimits.org.

The foundation promotes a cause near to Festa’s heart. He has a mild form of cerebral palsy and struggles with control of his right leg from his knee to his toes. He’s modest about it, but is in pain constantly because of the way his muscles lock.

Still, Festa pitched on the Braves’ junior varsity baseball team, striking out nine batters in six innings of work. Running is no fun, but Wiffle ball? Man, Festa can spin it. The old Festa house backyard had a Wiffle ball field built in.

“I love Wiffle ball,” Festa said. “It gets pretty competitive in the Festa household when you have brothers and cousins ​​who play. I can throw a slurve [combination of curve and slider] and a bunch of different things.”

There will be a built-in strike zone and four fields spaced out on the Indian Hills varsity baseball diamond. Festa said there are eight teams already signed up, but he’d like to get it up to 16, that way he could change the format and make it double-elimination.

The first Wiffle ball spins at 10 am Teams are five player teams and the price is $10 a person. There are sign-up links on social media and forms posted in the school district.

“We are raising money for a great foundation,” Festa said. “I want to raise awareness for kids who haven’t been given the opportunity to play. I had coaches growing up who would look over at me and use someone else because they thought I couldn’t play. I think every kid should be given a fair shot.”

“Marco is a great, great kid, always smiling,” Indian Hills athletic director Lorenza Barrata said. “He’s just one of those guys who wants to do good things for a charity. He came to me and we found a date to put this together.”

Marco has what is called monoplegia, and can’t use his Achilles tendon. It limits his range of motion. He was diagnosed when he was 5. Even though he was active, he had trouble maintaining his balance and fell a lot. He even broke an arm. Doctors couldn’t find anything wrong until they confirmed a cerebral palsy diagnosis.

Even with that label, Marco didn’t slow down playing sports. He played football until he literally couldn’t anymore (too many injuries). Then when he couldn’t be in the field playing baseball, he became a left-handed pitcher with a circle change-up and 12-to-6 curve.

“One thing sports taught me about is fighting through pain and adversity,” Marco said. “When doctors said I couldn’t play, I knew I could. My grandfather was a high school football coach, so I knew I would always be around sports.”

Marco is the middle of three brothers. Greg Jr. went to Indian Hills and graduated from Maine. Luke is a freshman.

Despite his physical issue, Greg played baseball all his life. His first year in high school, he ran cross-country and winter track, but he is due to have surgery on his right ankle to loosen up the tendons surgically.

Marco still hasn’t joined a team officially for the Festa Fest Wiffle Ball Tournament. He said he was probably going to join his younger brother’s team.

Note to their opponents: Watch out for the slurve.

Darren Cooper is a peachy-keen high school sports columnist for NorthJersey.com. For full access to live scores, breaking news and analysis from our Varsity Aces team, subscribe today. To get breaking news directly to your inbox, sign up for our newsletter and download our app. 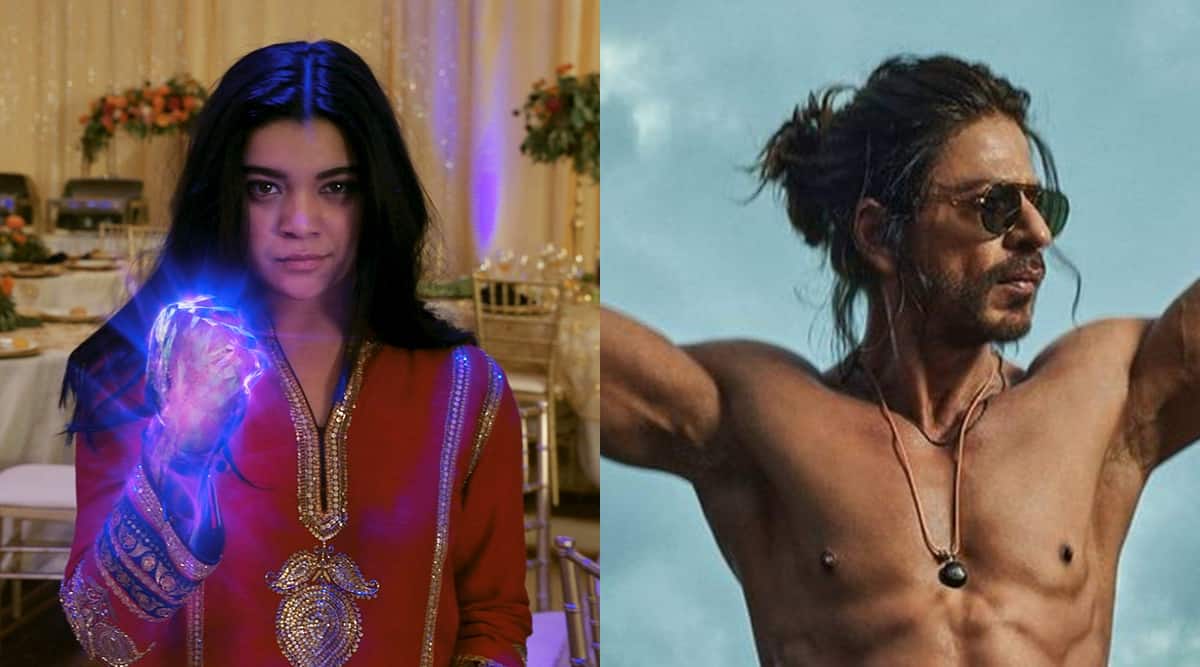 Ms Marvel writers on possible Shah Rukh Khan cameo: ‘We’ll reshoot if he wants to be in the show’

Paatal Lok 2: Jaideep Ahlawat aka Hathiram Chaudhary Hikes His Salary By 50 Times For His Role In The Amazon Prime Web Series?