Laine Hardy returned to perform on a special reunion episode of “American Idol” that aired Monday, days after his arrest for allegedly bugging his ex-girlfriend’s dorm room.

The episode, which was taped earlier this month and paid tribute to the show’s 20th anniversary, opened with a duet between Hardy, who won the reality singing competition in 2019, and Laci Kaye Booth, who finished in the Top 5 that year.

The two sang “Stop Draggin’ My Heart Around” by Stevie Nicks and Tom Petty to rave reviews from judges Katy Perry, Lionel Richie and Luke Bryan.

Richie said the singers “both sound amazing,” and Bryan thanked them for continuing to be “part of the ‘American Idol’ family.”

“I don’t know any other television show that creates super stars like this one, and you guys are legit it,” Perry added.

On Friday, Hardy, 21, was arrested by the Louisiana State University Police Department after he was accused of bugging his ex-girlfriend’s dorm room with a recording device.

He was booked into East Baton Rouge Parish Prison for violation of 15:1303 — interception and disclosure of wire, electronic or oral communication. If found guilty, he could face a fine of up to $10,000 and or a prison sentence of two to 10 years.

According to the arrest warrant, a woman and her roommate found a recording device inside their dorm room on April 6. The following day, they reported the finding to LSU police. The woman told police she found the device, which looked like a phone charger, under her futon, the warrant stated.

She told officers that she believed her ex-boyfriend, Hardy, had left the device in her room earlier because he appeared to know details about what was going on in her life even though she hadn’t told him about them. Police said they later found evidence of secret recordings made over 10 days in February, the warrant said.

“The victim advised she immediately confronted him, to which he admitted to her that he left a ‘bug’ in her room but discarded it in his pond,” a police affidavit said.

Hardy is a Louisiana native who lives in Livingston Parish. He is not an LSU student.

The “Idol” star there was a warrant for his arrest in a Facebook post Thursday, avoiding details but noting there was an incident of a “sensitive nature” that occurred on LSU’s campus.

“Earlier today, I received a warrant due to made against me and have been cooperative with the Louisiana State University Police Department,” Hardy wrote. “I understand that my career has thrust me into the public spotlight, and I embrace that wholeheartedly as my entire world belongs to my music and my fans.”

In a statement to USA TODAY, Hardy’s attorney C Frank Holthaus said, “Mr. Hardy did receive a warrant for his arrest earlier today and has been and will continue to be completely cooperative with the Louisiana State University Police Department on this matter.”

Hardy rose to fame after winning “American Idol” in 2019. It marked the end of a long road on the singing competition for the Livingston, Louisiana, native, who previously competed on the show in 2018 but was eliminated from the Top 50.

The Ohio Model for Purging Progressives 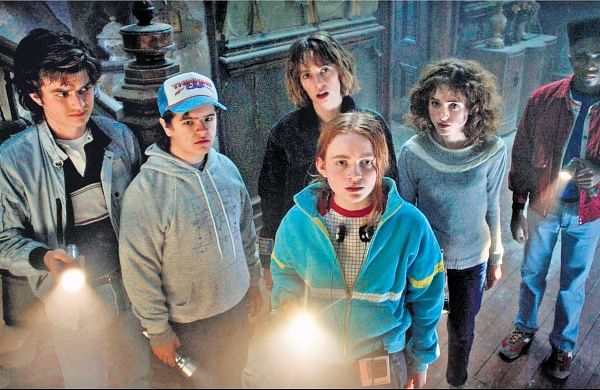 Meta Agreees to Alter Ad-Targeting Tech in Settlement With US