Siobian Jones has worked on cutting-edge stage productions all over the country, and it took moving to Knoxville to feel like she finally found her creative home.

“This is the first time in my artistic path that I’ve actually felt fulfilled,” Jones told Knox News.

After working with Cirque Du Soleil in Las Vegas, stage productions in Chicago and Utah, and with other theaters across the country as a custom wig artist and hairstylist, Jones returned to Knoxville three years ago. The Maker City is getting national attention because of her work and the design contributions from so many others.

Design Bundles recently named Knoxville as the No. 2 city in the country for crafting, thanks in part to a strong arts and crafts community.

But what makes Knoxville the place to be for people like Jones?

Networking, support and a determination to make Knoxville a better place for artists.

When theaters shut down at the beginning of the pandemic, Jones, 39, invested her money into launching The Mighty Wig. She builds custom and artistic wigs and does repairs. It’s a labor of love because a fully hand-tied wig can take around 200 hours to build.

The work is rewarding, though. Oftentimes, Jones’ clients have alopecia or are going through chemotherapy.

“There’s a bond that gets formed, and I have a lot of respect for that. I try and honor it as much as possible,” Jones said.

Some clients need special wigs for photoshoots and runway shows, or simply because they want to express themselves. Jones markets herself as an artist — the first time she’s done so in her career.

“Coming here has felt like I get to be myself fully in creativity and nobody’s gonna kick me out,” she said. “They’re actually embracing me and feeding my creativity.”

“The support creates the Maker City because everyone’s building each other up, which only encourages more and more people to do it,” Chamberlain said.

The 24-year-old runs her business Reclaim Creative with a clear mission: “educating people on the exploitation and injustice of the clothing industry, while also repurposing waste to reduce what is entering the landfill.”

Coming from a long line of Kentucky quilters, Chamberlain has become known for her coats designed from tattered quilts.

“I didn’t realize how great Knoxville was until I started talking to makers of other cities,” said Chamberlain, who’s lived in Knoxville for the past six years.

Based on networking and conversations with friends, she says art entrepreneurship in other places is competitive and “a lot more cutthroat.” It makes her appreciative of the collaborative spirit.

“It’s so exciting to be a maker here because I’m not struggling to get by. I feel like I’m thriving and feeling really supported in this community,” Chamberlain said.

Artist Jackie Holloway says more support is coming her way, too. Holloway leads the nonprofit art gallery Canvas Can Do Miracles. The art studio northeast of downtown offers a space for artists of color, fosters personal enrichment through art, and is a safe place for residents.

Holloway, 62, started her project in 2008 and supported it by selling her own artwork. Grants, donations and financial support from citywide initiatives now help her do more for the community, such as the city’s spring break and summer grants, which aim to reduce violent crime among at-risk youth.

“The climate for art is changing here in Knoxville for African Americans,” Holloway said. “Now that the funding, the reins are being loosened, I am hopeful for the arts in our community (based on) what I’ve seen in the last couple of years.”

Holloway admits she was somewhat surprised to learn of Knoxville’s ranking.

“It’s kind of eye-opening (for Knoxville) to be considered,” she said. “I’ve been trying to boost the Black artists for so long that that’s the reason why I probably didn’t think of it, because we’re underrepresented.”

But she’s hoping to change that. “My goal is for Knoxville to have a healthy art community that looks like everyone,” Holloway said.

The impact of art

Destigmatizing wigs is Jones’ goal. Many of her clients naturally feel some shame about their hair loss, and negative comments and misguided opinions don’t help.

“Everybody knows somebody who has struggled with alopecia or chemo,” she said. “There doesn’t have to be a stigma with (wigs). … People need to stop having judgments about it, and I would love for my art to be able to create a conversation around it.”

For Holloway, she’s hoping Canvas Can Do Miracles not only showcases the importance of Black art but is also a refuge for young artists in her community. The art gallery’s youth program provides education support, mental health support, community service projects, food and even gives the kids the opportunity to earn money for their artwork.

“It is my pleasure to be able to speak into those kids through art but every part of their life,” she said. “I think that’s where the beauty of Canvas comes in, because we don’t just try to have art for you and send you home, and say I’ll see you next week. We really want to be a part of their life, for the rest of their life.”

“I want to see some crazy stuff here,” she says. “Let’s get a little crazy.” 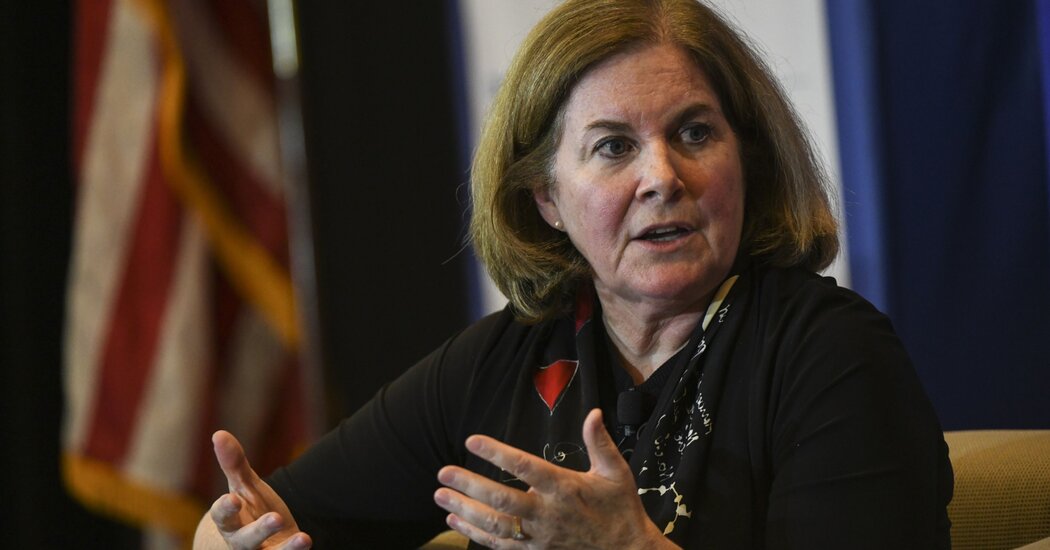 Fed Officials Make It Clear: This Time Is Different