Joe Schoen, Douglas have no margin for error in draft after teams’ previous busts

There is no margin of error for Giants general manager Joe Schoen or Jets GM Joe Douglas, who are seated at the top of their organizations because their predecessors made too many errors in the NFL draft and free agency.

As another NFL Combine nears its completion, with a decade of failure behind the two franchises, ahead is a unique chance for Joe Giant and Joe Jet to begin to put an end to the losing-syndrome spiral that has deflated and disillusioned their respective fan bases.

Joe Jet will have approximately $45 million with which to woo free agents in less than two weeks, but the draft remains the lifeblood for him. And it absolutely must be for Joe Giant, given the salary-cap hell he inherited.

Yet again for the Giants and Jets, the Super Bowl will fall on a Thursday night in late April, and this Super Bowl Thursday looms as a potential watershed moment for the fortunes of franchises that have fallen and can’t get up.

“It’s easier said and talked about it than it is to do it,” former Jets GM Mike Hickey told The Post.

Joe Schoen (left) and Joe Douglas (right) speak at the NFL Scouting Combine. USA TODAY Sports, APA look back at previous top-10 picks by both teams provides a cautionary tale, and a reminder that Lawrence Taylors and Darrelle Revises do not grow on trees.

Giants and Jets fans: Please let somebody else draft a bust this time.

It may be better to be lucky than good, but it is time for Schoen and Douglas to be good and lucky — even if the likes of Evan Neal, Aidan Hutchinson or Ickey Ekwonu are not available to them.

I hate to be a killjoy, but I’m here to rank the top-10 draft busts of the Giants and Jets in the past 50 years:

1. Vernon Gholston (Jets, DE/OLB) The Jets’ sixth pick in 2008. “There were a lot of things we liked about Vernon: his measurables, production,” former GM Mike Tannenbaum said once, “and obviously it didn’t work out.” Five starts, no sacks, $18M pocketed. The classic “looks like Tarzan, plays like Jane.”

2. Eli Apple (Giants, CB): The Giants’ 10th pick in 2016. Critics called it a reach. “When somebody doesn’t know what they’re talking about, it’s easy to depict it that way,” GM Jerry Reese told Mike Francesa. “Because they don’t know what they’re talking about.” Twenty-three starts, one interception, one-potty-mouthed moment in the locker room. Called “The Black Eli Manning” by his mother. Called a cancer by Landon Collins.

Eli Apple became a locker room headache while with the Giants.Bill Kostroun3. Dee Milliner (Jets, CB): GM John Idzik used the ninth pick in 2013 on an injury-plagued replacement for Revis. “Dee was one of our highest-ranked players regardless of position,” Idzik said at the time. He had 14 starts, three INTs.

4. Ereck Flowers (Giants, LT): Reese used the ninth pick in the 2015 draft on a 21-year-old with poor footwork who forced a desperate Dave Gettleman to sign free agent Nate Solder to replace him. “He’s a battleship, an aircraft carrier, however you want to describe him,” then-head coach Tom Coughlin said. “Strongest guy in the draft.” Flowers made 48 starts, allowed 128 pressures his first two seasons.

5. Blair Thomas (Jets, RB): The Jets’ No. 2-overall pick in 1990. The 17th-overall pick was Emmitt Smith. A surgically reconstructed right knee didn’t scare GM Dick Steinberg. “His cutting, speed and acceleration are back to what they were,” Steinberg said at the time. Career: 35 starts, 2,009 rushing yards and seven total TDs.

6. Lam Jones (Jets, WR): The Walt Michaels Jets dealt the 13th and 20th picks in 1980 to the 49ers for the second-overall pick, a track star who won a gold medal in the 1976 Summer Olympics. “It didn’t look good if we held onto our picks with the guys we had on our board with the depth of the draft the way it was, so we tried to do something else and get a home run with Lam,” Hickey said. Too many drops and a bad habit of unnecessarily jumping for balls. Career: 36 starts, 138 receptions, 13 TDs.

8. Cedric Jones (Giants, DE): The Giants’ fifth pick in 1996 after missing out on DE Simeon Rice as a bookend for Michael Strahan. “All I know is that there were two top pass rushers in the draft, and we got one of them, GM George Young said on draft day. “That’s all I know. Legally blind in one eye, he made 35 starts and had 15 sacks, none in first two seasons.

Cedric Jones Getty Images9. Dewayne Robertson (Jets, DT): The Jets traded the 13th and 22nd picks to the Bears for the fourth-overall pick in 2003 — for a player with a bone-on-bone condition in one knee. Former Colts coach Tony Dungy compared him to Warren Sapp. “We’re very excited about the fact that we were able to trade up and get what we think is an impact player on defense at his position,” GM Terry Bradway said then. Career: 75 starts, 14.5 sacks, 261 tackles.

10. John Hicks (Giants, G): The Giants’ third-overall pick in 1974. “We knew what we wanted,” director of operations Andy Robustelli said. “What we had to decide is what would happen if Hicks was picked second.” Rookie of the Year before injuries and drawing teammates’ ire for slacking off doomed him. He made 50 starts and had one barroom fistfight with teammate Jack Gregory.

Even the best of them make mistakes. To err is human. But after how the Giants and Jets have cheated their fans for far too long, Joe Giant and Joe Jet cannot afford to get caught in the draft on this critical Super Bowl Thursday. 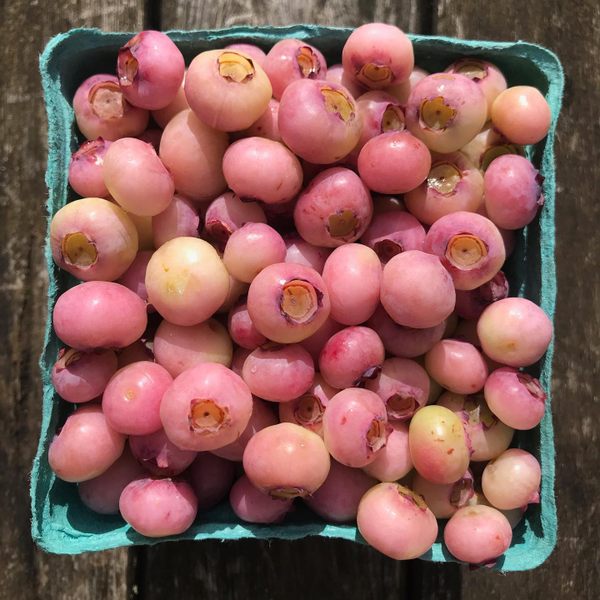 How to Grow Your Own Wondrous Fruits

Elizabeth Olsen on Accepting Her Destiny as the Scarlet Witch