LVIV, Ukraine — Some morsels of news are so grim and absurd that they sound like they were conceived in the warped imagination of bored satirists. Like the headline from Belarus a few weeks ago, reporting that 10th graders there were being taught how to aim rifles — using shovels.

“What do you think about that?” asks the comedian Vadym Dziunko.

Dziunko is onstage with two other comedians and a well-known singer. All are seated and holding microphones, gamely trying to find humor in a place and at a moment when the tragic is trouncing the funny by a spectacular margin.

It’s a recent Saturday night at the Cult Comedy Hall, a comedy club in downtown Lviv, near Ukraine’s relatively peaceful western border. Some 100 people have spent about $13 apiece to eat, drink and listen to comics riffing about whatever crosses their minds, which is often the latest news about the war with Russia. Or in the case of this shovel-as-rifle business, the topic is the oddness of life in Belarus, a dictatorship a mere 150 miles to the north.

“What do you expect from a country where a potato is a weapon?” says the comedian Oleksandr Dmytrovych. Then he imagines an instructor, giving tips to the kids.

“’Because we only have one,’” finishes the third comic, Maksym Kravets.

This is Cultural Defense, an evening of unscripted and free-flowing humor staged in Lviv every few nights. It began two weeks after the Russian invasion, when Kravets, a Ukrainian intelligence officer by day and a comedian by night, called the co-creator of the show, Bohdan Slepkura, and pointed out that the Cult Comedy Hall was in a basement.

“I said, ‘You know, the place is a bomb shelter,'” recalled Kravets, a burly and bearded 42-year-old.

Kravets, wearing a T-shirt with “Wildness” on it, and Dmytrovych were sitting in another room in the club after the show recently. Initially, they said, they were not sure anyone in the country was in the mood for chuckles. The shock of the invasion was then fresh and hundreds of thousands of residents from the eastern part of the country were flowing into the city.

“Before the first show, we thought, maybe this isn’t the right time for comedy,” said Dmytrovych, who is 30 and bearded, too. (“Without bears we’re ugly,” he explained.)

“We were petrified,” he went on. “But after the first show, we came and sat in this room and realized, people want to laugh. They want to hear jokes about our enemy. From that first night, we understood this would be bigger than we had thought.”

There has been exactly one international breakout star in Ukrainian comedy and he happens to be the president of the country, Volodymyr Zelensky. If this puts pressure on others in the business, it wasn’t obvious onstage on this Saturday, when nobody seemed especially pressed to land on a punchline and a singer, Mykhailo Khoma, spent a lot of time ruminating about his childhood.

Ukraine has long had a modest live-comedy scene, though anyone accustomed to the standard setup at American clubs will find novelty in the show’s format. There’s no warm-up act, and at no point is anyone standing onstage alone. There are different guests every night. The evening starts with four men leading a raucous call and response in Ukrainian, like the rest of the show.

Hosts: “Glory to the Nation!”

Audience: “Above all else.”

After that, the stars take their seats and start to talk.

Some of the humor is self-deprecating. In a previous show — they’re all available on YouTube — Dmytrovych riffed about the news that Ukrainian soldiers had mastered a “single use” antitank missile called an NLAW. This was amazing, he said, because by nature and necessity, Ukrainians are accustomed to reusing everything, over and over.

“I got slippers in a hotel in Egypt a year and a half ago and I’m still wearing them,” he said. “When they got dirty, I washed them. When they fell apart in the washing machine, I glued them together. Now these are slippers I offer to guests.”

There are plenty of jokes at the expense of President Vladimir V. Putin of Russia, who is scorned as a blustery idiot who underestimated the spirit and resolve of Ukrainians. The Russian military, on the other hand, is largely spared. The point, explained Dmytrovych, isnt to belittle the invading forces, which Ukrainians regard as formidable and horrifying. It’s to lift the spirits of people who are not on the front lines, or who might have once lived near the front lines and have since relocated.

So during one show, Kravets extolled the surprisingly polished beauty of checkpoints in Lviv (“I would not be surprised if they served lattes”), some of which have exceptionally long lines. (“I thought at the beginning they would take my order and at the end I’d be handed a Big Mac”).

Internal politics are a recurring theme. During a show a few weeks ago, a poll was cited that found 90 percent of Ukrainians wanting to join the European Union.

How the Ukraine War Is Affecting the Cultural World

Valentin Silvestrov. Ukraine’s best-known living composer, Mr. Silvestrov made his way from his home in Kyiv to Berlin, where he is now sheltering. In recent weeks, his consoling music has taken on new significance for listeners in his war-torn country.

Alexei Ratmansky. The choreographer, who grew up in Kyiv, was preparing a new ballet at the Bolshoi Theater in Moscow when the invasion began, and immediately decided to leave Moscow. The Ballet, whose premiere was set for March 30, was postponed indefinitely.

“What is the first thing you will do when we join the European Union?” an onstage guest asked.

“Look for the 10 percent who didn’t want to join the European Union,” deadpanned Dmytrovych. “Who are these people?”

The shows double as fund-raisers for Ukraine’s war effort. Every performance is live-streamed on YouTube and viewers can send donations online. The entire evening, a host who’s offstage shares details of some of the larger donations, along with messages for the performers. On this Saturday night, one donor needed the hosts for the scarcity of jokes.

The goal for the evening was to raise enough money to buy a car for border guards, and by the time the audience headed home, about an hour before the war-imposed 11 pm curfew, the goal was nearly reached. Over more than 50 shows, the Cultural Defense has raised close to $70,000.

The crowd at these shows skews young, with most in the 20-to-35-year-old range. There are rows of seats packed near the stage and tables in the rear for those who want to sample Cult’s menu, which, somewhat incongruously, leads with a long list of sushi offerings, including rolls and nigiri. In brief interviews before the show, a few spectators said that the onslaught of depressing news made laughter seem essential.

“I think it’s a three for one,” said Petro Diavoliuk, who was drinking and eating with friends. “All the money goes to the Army, people relax and it’s cheaper than a shrink.”

Even here, though, reality intrudes. A few minutes before the final ovation on this Saturday night, a number of mobile phones simultaneously began to emit the classic air raid siren, that rising and falling sound that is a staple of every World War II movie in which soldiers scramble ahead of an attack . Everyone checked their phones, and opened an app — several are available — that tracks government warnings about missile strikes.

“Warning! Air alarm!” read a text in both Ukrainian and English on a Telegram channel called Notifications CD, for civil defence.

Nobody seemed remotely concerned, and the flow of onstage chatter didn’t pause for a moment. Air alarms are pretty frequent in Lviv; there have been 10 during Cultural Defense shows. And anyway, the place is a certified bomb shelter. If there were genuine danger, this would be a fine place to wait it out.

An hour or so later, well after the show had ended, a second message appeared: “The air alarm is stopped.”

During a post-show interview, both comedians said they hoped the war ends before the fall, for purely careerist reasons. They’ve got some corporate gigs lined up in other countries and as long as hostilities rage, men are barred from leaving the country.

This was a joke. Humor in Ukraine is both a prayer for normalcy and a form of resistance. It is also, somehow, uniquely fortifying. As Dmytrovych put it, “For as long as we’re laughing, we’re not giving up.” 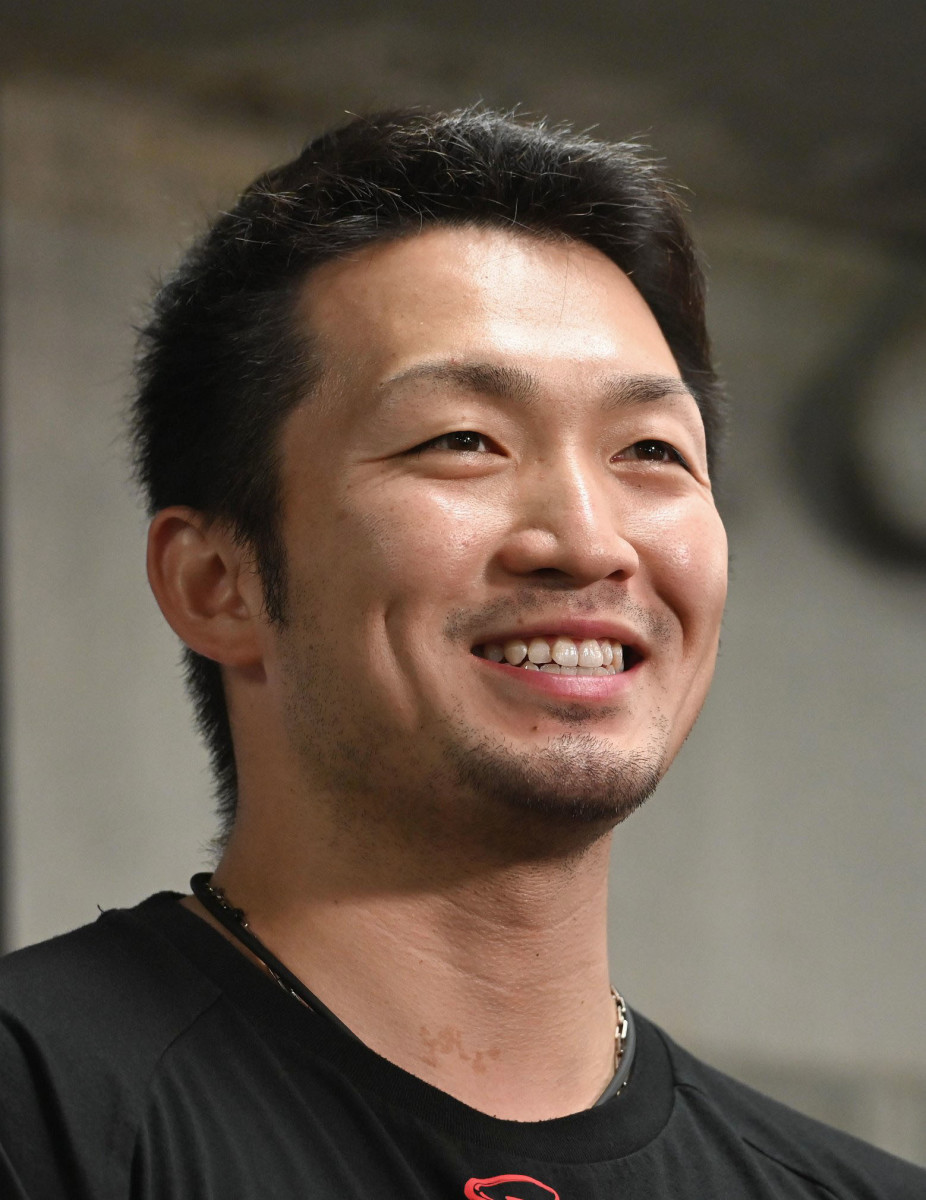 Scorpions Revise Lyrics To “Wind Of Change”: “This Is Not The Time To Romanticize Russia”

Alex Lowe: who was climber who got lost, and what is Disney + documentary Torn about?