Politico’s top editors and executives spent Sunday morning sipping Bloody Marys and nibbling bite-size waffles and wienerschnitzel as they chatted with top Washington officials, including Secretary of State Antony Blinken and Jen Psaki, the White House press secretary, at an annual brunch hosted at the The opulent Georgetown home of Robert Allbritton, a Politico founder.

What wasn’t discussed: Politico was onto a giant scoop, one that would rattle the country fewer than 36 hours later.

By the time of the brunch, Politico was working on a story about a leaked draft opinion from the Supreme Court that would strike down Roe v. Wade, according to two people with knowledge of the process inside the newsroom. Awareness of the document and the article about it was contained to a very small group.

The article, published Monday night, immediately put Roe v. Wade and the direction of the court front and center in the nation’s political debate. But it also put a spotlight on Politico, an organization that has reshaped coverage of Washington with its blanket reporting on all things politics since it was founded 15 years ago.

The news organization is now at the center of a debate about who leaked the document and why, including rampant speculation about the motives of Politico’s sources. It is extremely rare for an important draft opinion inside the Supreme Court to leak to the press.

On Tuesday, the Supreme Court confirmed that the draft opinion was authentic. Chief Justice John G. Roberts Jr. said in a statement that he had directed the marshal of the court to investigate the leak, which he described as “a singular and egregious breach” of trust.

Politico has said little about the reporting behind the article, written by the reporters Josh Gerstein and Alexander Ward, or deliberations before publication. Its declined to comment for this article. Politico’s editor in chief, Matthew Kaminski, has said that he would let the article speak for itself. The article said that the document was provided by “a person familiar with the court’s proceedings,” and that the person had provided additional details that helped authenticate the document, but it didn’t say what those details were.

In the hours before publishing the article, Mr. Kaminski and Politico’s executive editor, Dafna Linzer, called senior editors to let them know the article was coming and that a memo about it would go out to the newsroom, according to one of the people with knowledge of the process.

Moments after publishing the article, Mr. Kaminski and Ms. Linzer alerted the newsroom in an email, defending their decisions.

The Supreme Court’s upcoming decision in Dobbs v. Jackson Women’s Health Organization could be the most consequential to women’s access to abortion since 1973.

“After an extensive review process, we are confident of the authenticity of the draft,” they wrote. “This unprecedented view into the justices’ distributions is plainly news of great public interest.”

News organizations around the world, including The New York Times and The Associated Press, quickly followed Politico’s reporting. In an interview with Mr. Gerstein on “The Rachel Maddow Show” Monday evening, Ms. Maddow told Mr. Gerstein that he would “always in your entire life be the reporter that broke this story.”

Although the views of individual justices have occasionally been publicly disclosed before the Supreme Court has announced a decision, the leak of an important draft opinion is unusual, said Lucas A. Powe Jr., a professor of law at the University of Texas at Austin, and a former Supreme Court law clerk who has been studying the high court for more than 50 years.

“Your loyalty is to your justice and to the court, and you just don’t leak things,” Mr. Powe said of the standard practice among employees of the Supreme Court.

Politico was justified in writing about the draft opinion, which is newsworthy and relates to a matter of national public concern, said Marty Baron, the former executive editor of The Washington Post who oversaw the publication of several high-profile stories, including the documents leaked in 2013 by Edward Snowden, the former National Security Agency contractor.

“This seems pretty simple,” Mr. Baron said. “They were provided a document. The document was authenticated to their satisfaction, and they published.”

The publication provoked swift reaction from supporters and opponents of abortion rights, who demonstrated at the Supreme Court in Washington.

On Tuesday, Traci Schweikert, Politico’s chief talent officer, sent an email to workers detailing safety measures the company “proactively” put in place for its offices, such as restricting access to certain floors, “given the heightened visibility to Politico following our reporting on the Supreme Court last night.”

“Be aware of anyone accessing our elevators with you and the possibility of ‘tailgating’ to our floor,” the email said. Employees were also advised to consider the privacy settings on their social media accounts to avoid potential online harassment.

“If you choose public settings, we strongly encourage you to consider removing any personal information if your social media accounts identify you as a Politico employee,” the email added.

Founded in 2007, Politico was among a crop of media upstarts that redefined news for the digital era. Urged on by Jim VandeHei and John Harris, two of its founders, to “win the morning,” Politico’s reporters and editors covered Washington high and low, devoting space in their influential email newsletters to presidential campaigns and more trivial details like birthdays of prominent local figures.

After a fast rise to prominence, Politico has faced new competition in recent years, including from sites like Axios, which was started by Mr. VandeHei and others after he left Politico. Axel Springer, the Berlin-based publishing conglomerate, bought Politico from Mr. Allbritton last year for more than $1 billion, part of a plan to expand in the United States with a portfolio of titles that include Insider and Morning Brew.

This year, Politico announced that Goli Sheikholeslami would be its new chief executive, replacing Patrick Steel, who left in 2021.

The executives, as well as Axel Springer’s chief executive, Mathias Döpfner, were all in attendance at the Politico brunch on Sunday, which serves as a bookend to the flurry of events surrounding Saturday’s White House Correspondents’ Dinner.

It was an introduction of sorts for Ms. Linzer, previously a top editor at NBC News and MSNBC, who started in her new role as executive editor of Politico on April 25.

Ms. Linzer is married to the journalist Barton Gellman, now at The Atlantic, who led The Washington Post’s coverage of the Snowden documents.

The scoop seemed to impress Mr. Döpfner, who praised Politico’s reporting in an email to the staff on Tuesday. “I admire how you carefully outlined the facts, putting reader’s interest first in a nonpartisan way,” he said, according to a copy of the email viewed by The New York Times.

The Best Cookbooks for Day-to-Day Cooking 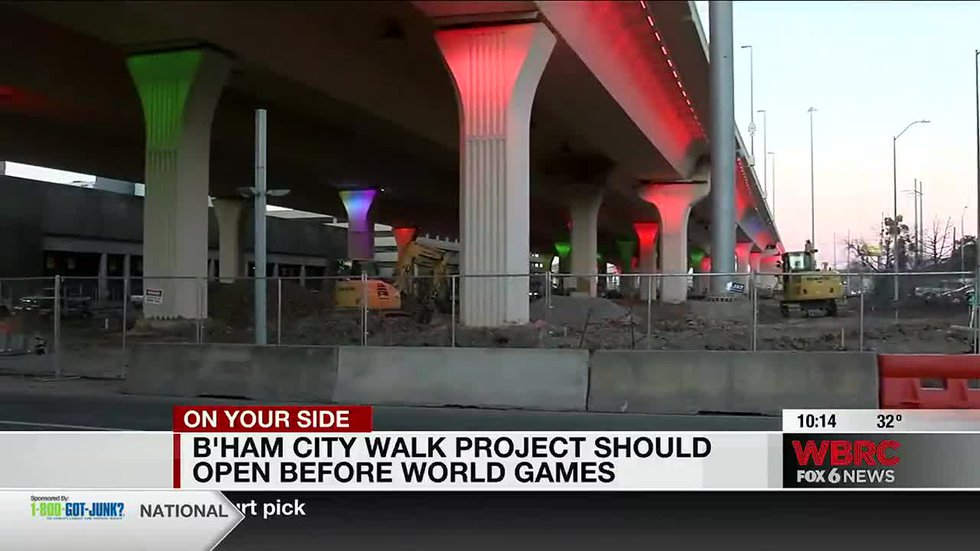 When is the Birmingham City Walk expected to be be completed?

Will MLB lockout affect the regular season? History offers clue for deadline to play 162 games in 2022

Looking for a Best Pink Laptop in 2022? Here’s A Quick List For You To Choose From