Harrison Ford reprises his iconic role one last time for the fifth and final “Indiana Jones” film, in theaters June 30, 2023.

Fortune and glory is already on the way for fans of the “Indiana Jones” saga, which will reach its end in 2023 over 40 years since its beginning.

The first look at “Indiana Jones 5” debuted at the 2022 “Star Wars” Celebration in Anaheim, Calif., and fans and critics alike are already praising the film’s epic adventure as previewed, with Harrison Ford donning his classic wide-brimmed hat and lasso for one final time.

“That music follows me everywhere,” Ford joked during the convention. “It was playing in the operating room when I had my colonoscopy. I passed.”

The crowd then sang “Happy Birthday” for Williams, who turned 90 earlier this year.

Ford confirmed that the installment is “almost completed” as of May 26. “I’m really proud of this film,” the Oscar nominee added.

The first “Indiana Jones” movie not helmed by Steven Spielberg, the fifth and final film is directed by James Mangold, with a script from Jez and John-Henry Butterworth. Spielberg executive produces the feature, while former screenwriter George Lucas is not involved in the property. However, composer John Williams does return to write the fifth film’s score.

“They’re going heavily back to the first and second film and getting that original feel, the original Indy, something dense and epic,” Mikkelsen said earlier this year.

Lead star Ford, at age 79, also is in rip-roaring shape to play the fictional archaeologist once more. Co-star Mikkelsen called Ford a “monster of a man” on a physical level. “I remember the first day we were shooting, it was a night shoot, then we stopped at 5 am — and then he got on his mountain bike and went biking for 50 kilometers,” he added.

“Indiana Jones 5” comes 14 years after “Indiana Jones and the Kingdom of the Crystal Skull,” which introduced Shia LaBeouf as Indy’s son Mutt Williams, whose mother was Marion Ravenwood (Karen Allen). “Crystal Skull” was set in 1957 and featured a Soviet KGB agent storyline led by a villainous Cate Blanchett.

The “Indiana Jones” franchise started with “Raiders of the Lost Ark” in 1981, followed by “Temple of Doom” and “The Last Crusade.” Ford has portrayed the hero in all five films.

“Indiana Jones 5” is currently scheduled to be released in theaters on June 30, 2023.

In 2023, Harrison Ford returns as the legendary #IndianaJones, Check out this first look of the new James Mangold-directed film. pic.twitter.com/ALs82tsmXw

‘Lightyear’ in tailspin at box office in its second weekend, some blame Disney’s woke agenda

Amazon releases teaser trailer for “All or Nothing: Arsenal” 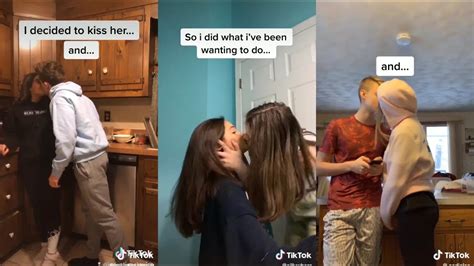 How a Saxophonist Tricked the KGB by Encrypting Secrets in Music

‘Who is going to be the finisher?’: Gavaskar reacts to Rishabh Pant opening for India; ‘Listen, we expect runs from you’