You’re here to find out how to watch Super Bowl 2022 on your LG TV — and we’ll get to that. But first, imagine Dad’s secret chili hitting the stove yet again. Family files into your home from far and wide. Flags adorn the flag holders of all the homes on your neighborhood street — a bevy of competing colors and boisterous avatars to match. It’s not Christmastime, it’s not Easter, and it’s definitely not the Fourth of July, which only leaves one major holiday that isn’t actually a holiday but may as well be.

It’s time, yet again, for the Super Bowl, an American tradition that hearkens back to the days of TVs being as big as washing machines with screens not much larger than our iPhones.

While we, of course, have loads of suggestions for the best TVs to watch the Super Bowl on, if you’ve already had your sights set on a new LG TV or already own a big-screen LG smart set, there are more ways than one to experience the Bowl with your Life’s Good TV. Let’s dive a little deeper into how to watch Super Bowl 2022 on an LG TV.

This year, Super Bowl 2022 is being broadcast live from the SoFi Stadium in Los Angeles on February 13, 2022, with the kickoff expected at 6:30 p.m. ET and 3:30 p.m. PT. Originally, the 2022 broadcast rights were supposed to go to CBS, but due to pandemic turnarounds, a landmark negotiation between CBS and NBC gave coverage of the annual event to NBC.

So what exactly does that mean in terms of actually watching the Super Bowl with an LG TV? We’ve got that covered below.

A cable box or TV antenna (more on these later) hooked up to our TVs was and still is one of the main ways to catch the Super Bowl — regardless of what major network is handling coverage. Today, though, more and more households have cut the cord, with a number of residences only paying for Internet access and ditching paid cable altogether.

With NBC handling the coverage to this year’s Super Bowl (available on cable, satellite, and over-the-air broadcast), if you’re a cord-cutting household, this means you’ll need to be using a streaming service that gives you access to whatever NBC affiliate is broadcasting in your area. Not a problem, though, as there are several routes you can take to tap into NBC viewing.

For starters, you could try your hand at FuboTV. An official supporter of ESPN, the NFL Network, and NBC, FuboTV launched as a dedicated soccer streamer but quickly grew to include other sports programming and non-sports content. LG TVs have been supporting FuboTV since 2018.

With prices starting at $65/month, FuboTV’s starter package gets you access to over 111 sports channels and 250 hours of DVR storage. If you’re interested in expanding DVR storage or want to access your FuboTV subscription on other TVs in your home, you can upgrade to the Pro tier ($70/month) or the Elite package ($80/month).

YouTube TV and DirecTV Stream are two alternative options for LG TV streaming. Both platforms have access to NBC affiliates, along with a bevy of other TV channels, recording packages, and enough ancillary frills to make the purchase price worth it.

If you want to keep your streaming a bit more traditional, there’s the Hulu way. With a Hulu + Live TV subscription ($70/month), you’ll be able to stream the Super Bowl as it is simultaneously broadcast on NBC affiliate stations. Better yet, your Live TV membership gets you access to ESPN+, Disney+, and Hulu’s entire library of movies and TV shows.

“If it’s free, it’s for me” is an often-said adage that comes with some fine-printed details we may not consider. In the case of catching Super Bowl 2022 on your LG TV, yes, technically, you can pick up the broadcast without paying for cable or a streaming provider. However, what you will require is an over-the-air (OTA) antenna.

An OTA antenna connects directly to the coaxial input on your LG TV. After performing a channel scan, your TV (when tuned to the TV/Coaxial/Antenna input) will be able to access a number of live broadcasts from network affiliates in your area.

Generally speaking, there are two classes of OTA antennas: Indoor and outdoor. Indoor models are typically more discrete-looking and can be moved about easily but are less capable of grabbing TV stations over 50 miles away from your home.

Outdoor models, while bulkier, stationary, and more intense to install, offer a more consistent viewing experience (less prone to weather interruptions and other obstructions), and are far more powerful, with some of the most robust models capable of grabbing TV stations over 100 miles away.

What are the best picture settings for watching Super Bowl 2022 on an LG TV?

While picture presets will vary based on the exact LG TV you own, there are a number of adjustments you can make to optimize your set for watching sports.

A great place to start is with your TV’s built-in presets. You can find these, along with other LG TV picture presets, by navigating to Picture > Picture Mode Settings.

While the obvious choice for watching the Super Bowl would be LG’s Sport or Game mode, some prefer to stay away from this as it cranks up the contrast and brightness levels to almost maximum and maxes out the motion interpolation, which makes the image look smoother. While the end result is a vibrant image that reacts quickly to fast onscreen actions, reducing overall motion blur and pixelation, the colors are a bit too intense and the “soap opera” effect is more noticeable.

In our guide to setting up your TV for watching the big game, we recommend instead using the Cinema or Standard modes for the most realistic results and none of that weird soap opera look.

If your LG TV doesn’t have a Sports preset, you can always adjust the backlighting, color temperature, and motion features manually. Aim for an increase in lighting on the cooler side of the color spectrum while nudging the active motion settings without it looking weird. While these customizations may not be ideal for all movies and shows, they’ll provide an optimal viewing experience for watching Super Bowl 2022. 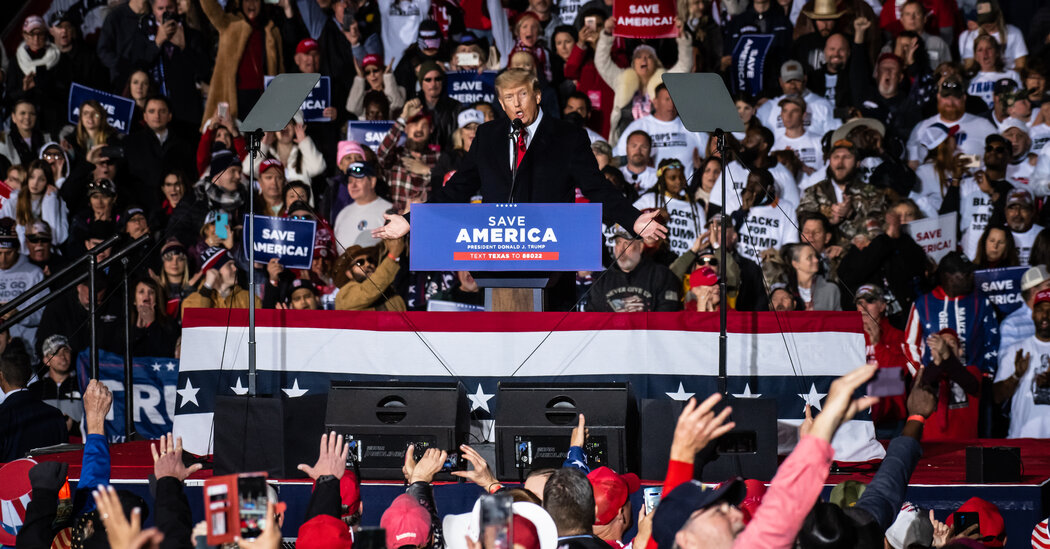 A pro-Trump film suggests its data are so accurate, it solved a murder. That’s false