How to read the Doomsday Clock

I first became aware of the Doomsday Clock at school in the mid-1990s when a teacher introduced it to me. She told my class about the grand sweep of history, explaining that if everything that had happened on our planet was compressed into a single year, then life would have emerged in early March, multi-cellular organisms in November, dinosaurs in late-December – and humans wouldn’t arrive on the scene until 11:30 on New Year’s Eve. Then she contrasted this great swathe of history with how short our futures might be, and told us how a group of scientists in the US thought we may only have a few metaphorical minutes left until midnight. It never crossed my mind that someday I might be working on the same problem, as a researcher at the Centre of the Study of Existential Risk at the University of Cambridge.

It’s a powerful story, and for many years I thought this is what the Doomsday Clock meant: that its hands represented the time we have left before the end. However, that’s not quite accurate.

Today, the scientists for the Doomsday Clock at the Bulletin of the Atomic Scientists will publish their annual judgement of how close its hands sit to midnight, for the 75th time. Every year, the announcement highlights the complex web of catastrophic risks facing humanity, including weapons of mass destruction, environmental breakdown and disruptive technologies. And in 2020, the Bulletin’s president, Rachel Bronson, solemnly announced that its hands had moved closer to armageddon than ever before – only 100 seconds. But to understand what that really means, you need to understand the story of the Clock, where it came from, how to read it, and what it tells us about humanity’s existential predicament.

Setting the Clock in motion

The speed and violence with which nuclear technology evolved was breathtaking, even to those closely involved in its development. In 1939, world-renowned scientists Albert Einstein and Leo Szilard wrote to the US president about a breakthrough in nuclear technology that was so powerful, and could have such tremendous battlefield consequences, that a single nuclear bomb, “carried by boat and exploded in a port, might very well destroy the whole port”. It was a possibility too significant to ignore. This letter led to the establishment of an enormous scientific, military, and industrial collaboration, the Manhattan Project, that a mere six years later produced a bomb much more powerful than the one imagined by Einstein and Szilard, capable of destroying an entire city and its population. Only a few years after that, nuclear arsenals were capable of destroying civilisation as we know it.

The first scientific concern that nuclear weapons might have the potential to end humanity came from the scientists involved in the first nuclear tests. They were concerned that their new weapons might accidentally ignite the Earth’s atmosphere. These worries were quickly dismissed and, thankfully for all concerned, proved false. 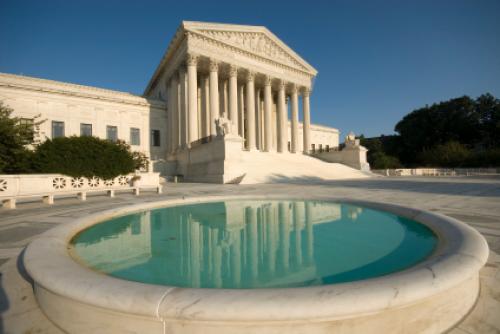