Exploring the stigma of mental illness: What is ‘normal’? | Journal-news

“In this presentation on his new book, ‘Nobody’s Normal,’ Grinker argues that stigma is a social process that can be explained through cultural history that began the moment where society defined mental illnesses and disabilities. But because stigma is not grounded in nature, society has the power to eradicate it and is at the cusp of ending the marginalization of those who have for so long been deemed ‘abnormal,’’’ the press release said. “Grinker infuses this lecture with the personal history of his family’s four generations of involvement in psychiatry, including his grandfather’s analysis with Sigmund Freud, his daughter’s experience with autism and his own research on neurodiversity.”

In the presentation, Grinker explained that with the book and research done for it, he began with his own family.

“Despite living in very different times, all of these people spanning different generations taught me the same thing — that mental illnesses are double illnesses. There is, first, the suffering itself and secondly, the stigma, society’s moral judgement on top of it,” he said.

Grinker said that the book is about how the shame and secrecy that has for so long shadowed mental illnesses is being somewhat eliminated.

“Beyond mental illnesses, I am also concerned with developmental disabilities and disabilities in general,” he said. “One of the most remarkable stories of the last two decades is the transformation of mental illnesses from narrowly defined conditions that were shameful, devastating and frightening into those that encompass an enormous range of variations that include suffering, of course, but also great skills and strengths, creativity and distinctiveness. We have changed mental illnesses into something enigmatic, into something that we understand.”

Grinker said that one reason he wrote “Nobody’s Normal” was because he had heard and felt that many mental illnesses and disabilities were becoming less stigmatized, less secretive, less shameful and more open, but no one seemed to know why that was the case.

He also said that hiding a condition takes away the chance to ask for help.

“It is impossible to end stigma completely — every society will always find something it can demean and marginalize — but we can still resist it, we can mute it, rename it, shape it. Stigma is not a thing, stigma is a process, and we can change its course,” he said.

Grinker is professor of anthropology and international affairs at George Washington University. He was born and raised in Chicago, where his great-grandfather, grandfather and father worked as psychoanalysts. He graduated from Grinnell College in 1983 and received his Ph.D. in social anthropology from Harvard University in 1989.

Grinker is also the author of “Unstrange Minds: Remapping the World of Autism,” “In the Arms of Africa: The Life of Colin M. Turnbull,” “Korea and its Futures: Unification and the Unfinished War” and ‘“Houses in the Rainforest: Ethnicity and Inequality among Farmers and Foragers in Central Africa.” He is co-editor of “Perspectives on Africa: Culture, History” and “Representation and Companion to the Anthropology of Africa.”

How to avoid misinformation as Ukraine crisis continues 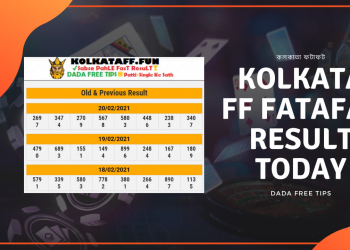