Explained: Why is the ‘Chinese’ New Year celebrated, what is eaten, and how?

Millions of people have started to celebrate the Chinese lunar new year on Tuesday (February 1), and you may have even received some good wishes in your mailboxes starting from the new year’s eve. The Year of the Ox has given way to the Year of the Tiger, and the celebrations will culminate with the Lantern Festival on February 15.

Before we go any further, here is the basic stuff and the Covid context.

Since the Chinese calendar is a combination of solar and lunar movements, the New Year arrives on a different date every year. The festival is celebrated by millions of people across the world, from China all the way to North America, including in India, wherever Chinese communities are found.

Before the outbreak of the Covid-19 pandemic — which hit the world hard around the same time as the Chinese New Year in 2020 — the festival brought with it large spikes in international and domestic travel in China, as people moved in large numbers to celebrate with their families.

For the last two years, global travel restrictions and public health protocols have impacted movement, and altered some of the ways in which people mark this festival, including in China that has implemented strict Covid-19 protocols.

Why is this festival called the Chinese New Year?

Countries across Asia have their own New Years, with their own celebrations, with their own names for the festival, that coincide with the festival in China. The popularity of the name notwithstanding, clubbing all these celebrations under the label of ‘Chinese’ is in fact not accurate. Over the past few years, many people have tried consciously to use the more inclusive term ‘Lunar New Year’.

In China itself, the festival is popularly known as the Spring Festival, because it marks the beginning of the new season.

In South Korea, it is called Seollal, and it marks the first day of the Korean calendar. According to an entry in the Google Arts & Culture platform, “like most traditional calendars of other East Asian countries, the Korean Calendar is mainly derived from the Chinese calendar” — an explanation for why the dates coincide.

In Mongolia, it is called Tsagaan Sar, and it marks the first day in the Mongolian lunisolar calendar.

Taiwan, Singapore, Malaysia, and other countries in the region also celebrate the festival, both as large public celebrations in neighbourhoods, as well as privately, especially if they have groups of people from countries where the festival is traditionally marked.

Japan seems to be an exception to the list of countries in the region that celebrate the festival.

Yes, Japan isn’t included in this list of East Asian countries because the country has its own customs. Five years after the Meiji Restoration, that restored practical imperial rule under Emperor Meiji in 1868, Japan adopted the Gregorian calendar and switched to marking January 1 as New Year.

The one exception though is the island of Okinawa, which has held on to its unique Okinawan culture, and its traditional Lunar New Year customs. 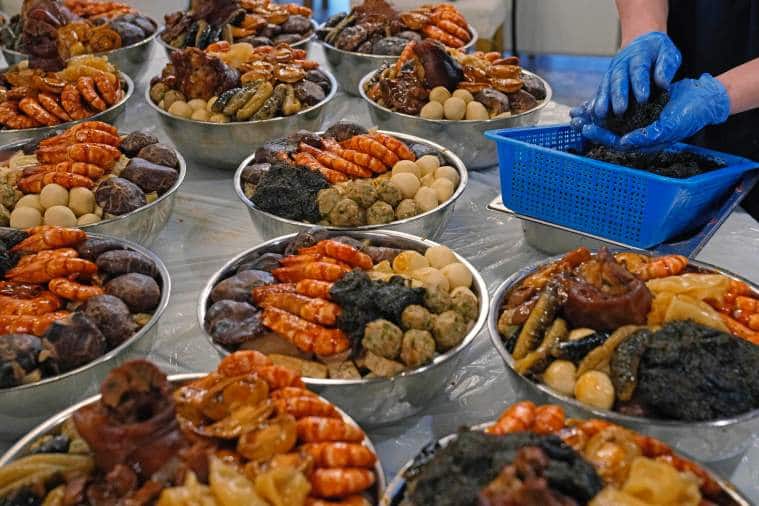 A chef prepares the “Poon Choi” dish in Hong Kong. To make up for lost business from dining-in, many restaurants are offering takeaways for a traditional dish known as “poon choi” for people to enjoy in the comforts of their own homes. (AP Photo/Kin Cheung)

How is the Lunar New Year celebrated?

Every country has its own traditions and customs for Lunar New Year. What is common is the presence of, and the importance placed on, family and food. New Year’s is also the time when ancestors are remembered and associated rituals are performed.

A colour associated with New Year’s for Chinese communities, including those in India, is red, considered auspicious, one that is predominantly visible in everything from decorations to gifts.

What about the food?

That’s a very big part of the celebrations.

In Mongolia, the rituals vary depending on the region, but they all mark the end of the brutal winter and the arrival of spring. New Year meals are big events that include rice, traditional cookies, and various kinds of meats.

In South Korea, Seollal is a time for gathering with the family, and many people travel to their hometowns from the big cities where they may be working or living.

There are several foods associated with the New Year in South Korea, but the most common are tteokguk, a soup with pieces of rice cakes, and jeon, or savoury pancakes.

Two days before Losar, Tibetans usher the festival by eating guthuk, a traditional noodle soup. Losar has its unique practices and customs focused on family gatherings and food.

In India, common foods eaten during the festival include fish preparations, dumplings, spring rolls and various meat preparations. Over generations, Chinese communities living in India have adapted and incorporated Indian spices and ingredients into classic recipes, resulting in the creation of a unique Indian-Chinese cuisine.

Everything You Need to Know for a Successful Lash Lift 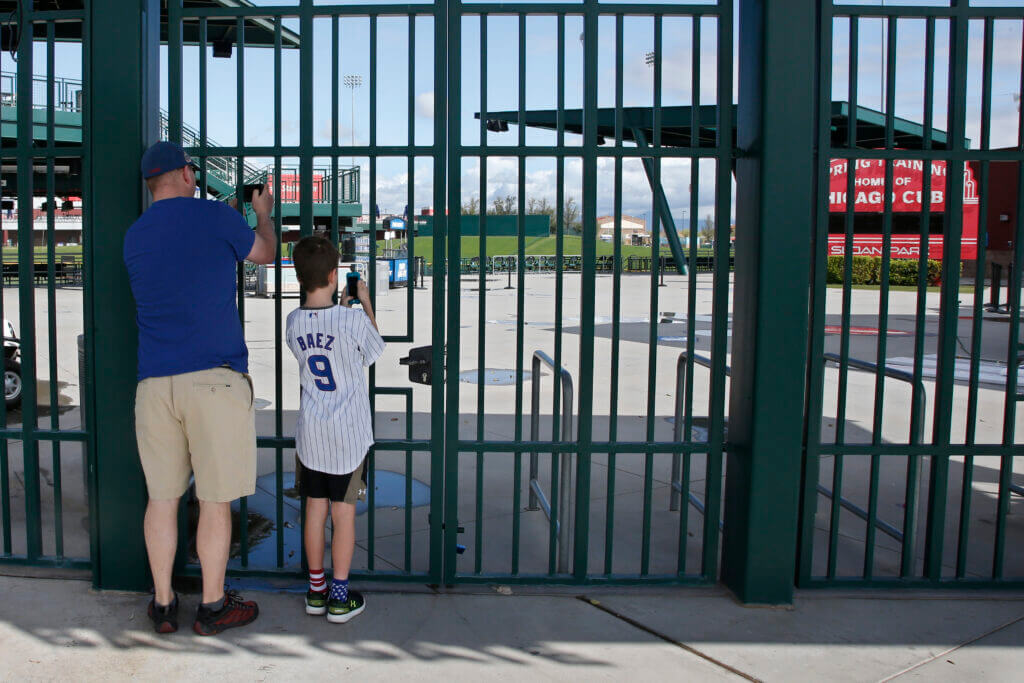 ‘Like kids in a divorce’: As MLB’s lockout persists, fans grapple with the prospect of yet another lost spring training

Starting a Side Hustle in 2022? Make These 3 Tax Moves Now

Women’s Basketball: Buffalo scouting report and how to watch