“Eve” episode 7 delivered another round of interesting scenes between Seo Ye Ji, Park Byung Eun, Yoo Sun, and Lee Sang Yeob as the perfect revenge unraveled. The latest episode featured how Lee Ra El, aka Kim Sun Bin orchestrated her revenge after planning it for 12 years.

The tvN revenge drama follows the story of Lee Ra El, whose parents died at the hands of an influential family. She is set to return and let the family pay for what they’ve done.

Moreover, Lee Ra El is determined to bring down LY Group whatever it takes. 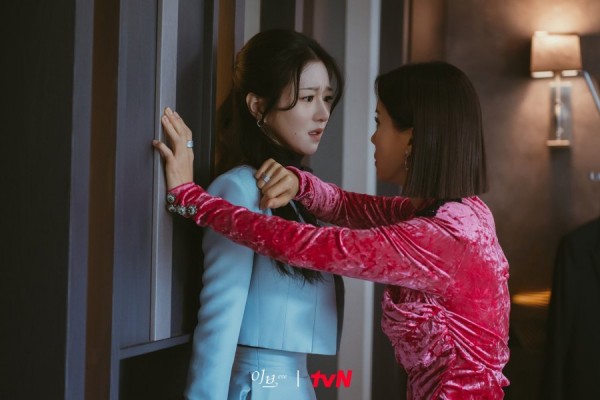 The latest episode continued with Kim Sun Bin telling Han So Ra about Chairman Kang Yoon Kyum’s affair. Of course, this made Han So Ra furious, knowing he was lying to her.

With this, he instructed Sun Bin to investigate and send her proof of her claim, or she would die.

Interestingly, little did they know that Lee Ra El’s perfect revenge is manipulating everyone. From the evidence and information about the chairman’s affair, it was all planned by her. 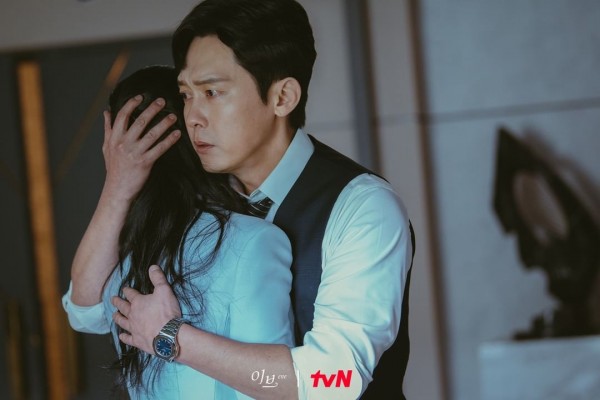 On the other hand, her relationship with the chairman is getting stronger. Now that Kang Yoon Kyum has an idea that Han So Ra knows about his extramarital affair, he gets Sun Bin a bodyguard and promised to protect her.

However, Lee Ra El’s fake mother, who is also enacting her revenge against the family of Han Pa Ro, is doubtful about the woman’s mission. She thinks that Lee Ra El enjoys being with the chairman and might be falling in love with him.

She reminds her of their mission, but it seems like Ra El has a different plan. She says she wanted to make Han So Ra suffer first, and the rest will follow.

When Jealousy Has Taken Over Han So Ra

In “Eve” episode 7, Han So Ra gets eaten by her obsession with her husband, Kang Yoon Kyum. Because of his controlling personality and Lee Ra El’s charm, he decides to leave Han So Ra.

Of course, she can’t take the fact that she failed her marriage alongside a rumor that he is having an affair. Because of this, she asks Kim Sun Bin to investigate. As the mastermind behind all this mess, she manages to mess up Han So Ra’s head.

The latter part of the episode features how desperate she is to find the woman who has been seducing her husband. She is still clueless that it is her newfound friend, Kim Sun Bin.

“Eve” episode 8 is slated to premiere on June 24 via tvN. Wake Tech giving entrepreneurs a chance at $8,000 to jumpstart their business

‘Spiderhead’ Review: Prisoners of the Mind

Windows 11 Build 22610 hands on: A redesigned Task Manager and more

9 Steps To Become a Millionaire in 5 Years (Or Less)