This weekend, filmmaker Raj Mehta has brought back typical Dharma entertainment into our lives with his film JugJugg Jeeyo, starring an ensemble cast including actors Anil Kapoor, Varun Dhawan, Neetu Kapoor and Kiara Advani. If a wedding and two prospective divorces don’t entice you, what about revisiting the life of Elvis Presley, or some true crime on The Girl from Plainville on Lionsgate Play?

Here’s a guide to all the new films and web series that you will find in cinemas and on streaming platforms this weekend.

The Girl from Plainville: Lionsgate Play

The eight-episode limited series, The Girl from Plainville has everything, from drama to romance to crime and a lot more. The series borrows its narrative from a real-life texting suicide case in the mid-2010s in Massachusetts. Indianexpress.com’s Rohan Naahar gave the series a 4-star rating. In his review, he wrote, “Hulu’s new true crime series features a handful of excellent central performances, and wisely avoids focusing on the sordid details of a tragic true crime story.”

Read the review of The Girl from Plainville here. Touted to be a family entertainer, JugJugg Jeeyo is led by an ensemble cast including actors Anil Kapoor, Varun Dhawan, Neetu Kapoor, Prajakta Kohli and Kiara Advani. It is your typical Bollywood ‘naach-gaana’ filled with moments of laughter, romance and drama. So, if you have an eye for such films, go book your tickets. The Indian Express’ Shubhra Gupta has given the film a 2.5-star rating. In her review, she wrote, “The film falls back on the familiar Big Fat Punjabi Wedding with opulent sets and wedding naach-gaana every time things threaten to get real and spiky. It is Anil Kapoor’s show all the way, as he zig-zags between being loving dad-and-husband to a timorous man-about-town.”

Avrodh 2: The Siege Within: SonyLIV

Directed by Raj Acharya, the second season of Avrodh features actors like Abir Chatterjee, Mohan Agashe, Neeraj Kabi, Anant Mahadevan, Aahana Kumra, Rajesh Khattar, and Sanjay Suri, among others. It is inspired by the book – India’s Most Fearless 2 by Shiv Aroor and Rahul Singh, Chapter 9 – “Just tell me when to begin sir”. The show chronicles the events that led to the surgical strikes in 2016. The official logline of the nine-episode series reads, “The enemy had planned for the ultimate siege, but had not planned for our bravehearts!” The first chapter of the book made for the narrative of the first season of the show.

The Black Phone: In cinemas 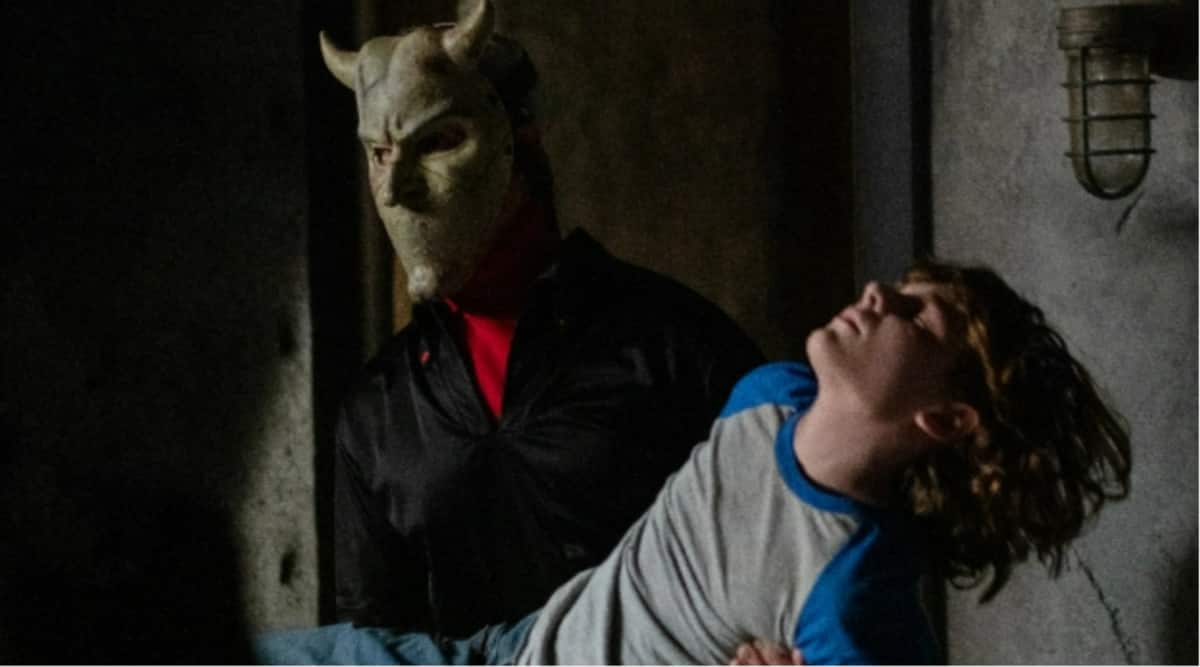 The Black Phone is directed by Scott Derrickson. (Photo: Blumhouse/Universal)

The horror drama, starring Ethan Hawke in the lead role, is based on Joe Hill’s horror novella of the same name. It revolves around a dead cinephile, a lonely kid, an eight-foot-tall locust and a man locked in a basement stained with the blood of murdered children. The Indian Express’ Shalini Langer found the film “strangely arranged”. She wrote in her review, “A strangely arranged film by director Scott Derrickson, The Black Phone is almost graphic in the violence that children unleash on each other, while being timid about the danger posed by the scary clown figure who has been killing them. No, there is no message there either.”

Read the review of The Black Phone here. 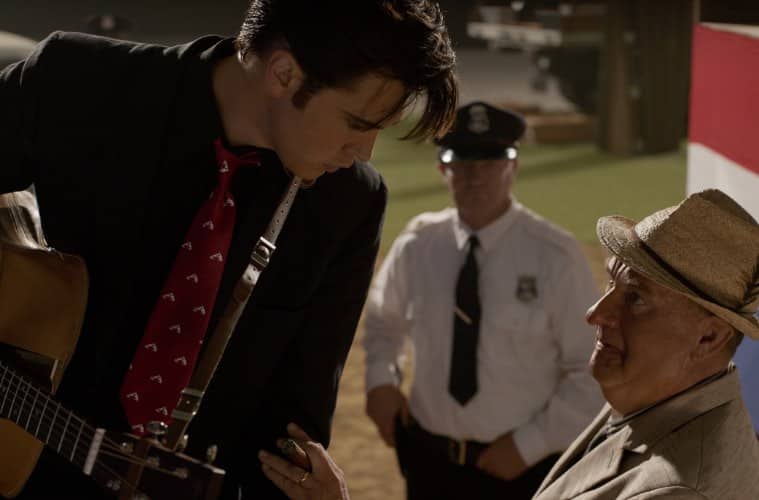 Austin Butler and Tom Hanks-starrer Elvis, a biopic of singer Elvis Presley, throws light on the singer’s inspiring journey, his relationship with the Black culture, his love story, and his bond with his manager Colonel Tom Parker. The movie was screened at the Cannes Film Festival, and received a 12-minute standing ovation. Critics have hailed Austin Butler’s portrayal of Elvis. Sherdil: The Pilibhit Saga has released in the theaters. (Photo: PR Handout)

Starring Pankaj Tripathi, Neeraj Kabi and Sayani Gupta, Sherdil is helmed by filmmaker Srijit Mukherji. The film is inspired by a bizarre practice near the Pilibhit Tiger Reserve, where people used to leave their elderly family members for tigers to prey on and then claim compensation from the administration. However, the film has failed to impress film critics. Shubhra Gupta gave the movie 1.5 stars. She wrote in her review, ” Done well, this could have been a strong satire, but it turns into a listless saga, with only Pankaj Tripathi and its lovely music by Shantanu Moitra standing out.”

Read the review of Sherdil here.

Yanks' magic runs out -- at least for one night

US moves to seize 2 planes believed to belong to Roman Abramovich.

How To Build Wealth in Your 40s