Education & training: How to reduce firefighters’ increased risk of cancer

Firefighters can face underrecognized threats beyond the dangers of running into burning buildings.

January is Firefighter Cancer Awareness Month. The International Association of Firefighters (IAFF) says from 2015 through 2020, 75% of those added to the fallen firefighter memorial of honor wall were members who died from occupational cancer.

Illinois State Fire Marshal Matt Perez is calling for change, saying that cancer is the number one cause of death in firefighters.

“We’re doing our best to provide education, training and resources to our firefighters in order to protect them from the increased risk of cancer that they face,” Perez said.

While battling fires, crews are exposed to toxic chemicals.

“These contaminants remained on gear and on the skin of firefighters and could be transferred to fire department vehicles firehouse living spaces and most frightening transferred back to their homes at the end of the shift,” Perez said.

Perez says its essential firefighters get their annual physicals and follow-ups, have full personal protective equipment, track exposures to carcinogens, decontaminate immediately at the scene and launder gear after every event.

“And the old image of the firefighter with soot on the face and sweat dripping down, we’ve got to get rid of that, right?” Perez said. “That’s romantic from the fire service, but that is also the chemicals that sit in the surface and sit on your skin, that is causing these cancers, so we want to see clean firefighters.”

‘Everybody loved him’: Memorial service held for fallen CFD firefighter

In 2020, the state launched a preliminary exposure reduction training project. About half of the fire departments in Illinois -including Chicago- have completed the training. In return, departments received a free decontamination kit for every vehicle utilized.

Perez says he wants the state’s more than 40,000 firefighters to be aware of the risks and the resources available to help them.

2021 NFL playoffs: What we learned from Bengals' win over Chiefs in AFC Championship Game 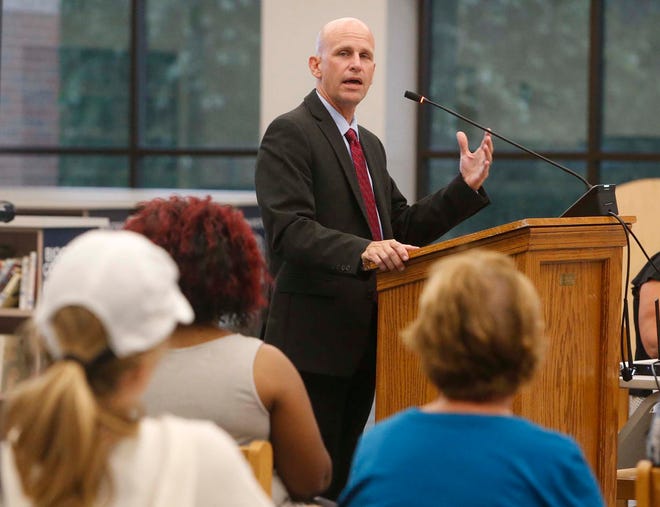 Dear god, no, Morbius 2 has not been greenlit

LISTEN: OnFriar Podcast Talks MLB Lockout Update and How to End the Stalemate