The MCU is a grand tapestry of storylines that often overlap with one another in the form of exciting crossovers like Avengers: Endgame, Marvel Studios has fully released 34 live-action projects total, breaking down into 28 films (Not including the soon-to-premiere Thor: Love and Thunder) and six television shows (not counting the currently-running Ms. Marvel.) The franchise has also dabbled in animation with the animated What If…? series.

For casual fans as well as newcomers, catching up on the Marvel Cinematic Universe can prove quite daunting. Where does one begin? Which order are these films and shows meant to be watched in? With so much content, it’s easy to get confused.

But the official Disney+ app has made an attempt to clarify things with some degree of success.

When Is Spider-Man: Far From Home Set on the MCU Timeline?

Disney+ Japan published a new update that adds 2019’s Spider-Man: Far From Home to the “Marvel Cinematic Universe in Timeline Order” list. Now, the US version of Disney+ does not reflect this change, as none of the MCU Spider-Man movies are available in the country just yet.

Nevertheless, the official chronological order can be found below, excluding Universal’s The Incredible Hulk and Sony’s Spider-Man: No Way Home,

According to Disney+, Spider-Man: Far From Home is now the twenty-seventh project in the chronological MCU timeline:

Okay, so, big disclaimer: This list can’t possibly be accurate. Most glaringly, Doctor Strange in the Multiverse of Madness definitely does not take place before Hawkeye and Moon Knight. If anything, the recent Strange The sequel is the most “recently” set film in the MCU, occurring roughly around Spring of 2024. Ms. Marvel doesn’t have an exact placement as of yet but it can be assumed that since Kamala is in school during the show, it takes place in either Spring or Fall of 2024, cementing its place as the most “recent” series.

Hawkeye is explicitly set during Christmas, 2024, around the same time as Spider-Man No Way Home’s final act. It’s been officially stated that Multiverse of Madness is a few months after No Way Home, so this is all an oversight on Disney+ Japan’s part.

What’s more is that the placement for Spider-Man: Far From Home is way off. That film is supposed to be in the summer of 2024, making it impossible for it to be before Shang-Chi and the Legend of the Ten Ringswhich takes place around the time of the Chinese Qingming Festival, which happens in the first week of April.

Additionally, even though 2008’s The Incredible Hulk is, in fact, available on Disney+ Japan, it’s strangely omitted from this official chronological ordering.

Unfortunately, at last check, Multiverse of Madness’ placement seems to be incorrect internationally as well. But can’t Disney go in and officially fix these discrepancies? That, of course, remains to be seen, but it should just be a very simple alteration that the team that manages the streaming platform could make.

It should also absolutely be noted that for fans who are new to the Marvel Cinematic Universe and want to dive in, most fans agree that viewing everything strictly in release order is the best way to take it all in. That way, the storylines and connective tissue between projects can all develop naturally.

As mentioned above, none of the Spider-Man films can be streamed on Disney+ in America, but that will change once certain conditions of a deal that Disney has struck with Sony are met.

5 ways to save money in the new financial year 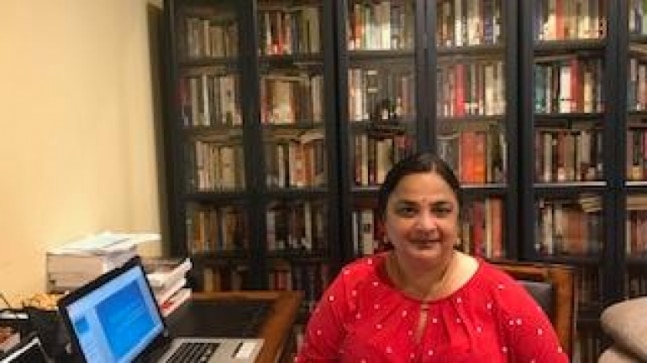 Who is Santishree Dhulipudi Pandit? The first woman Vice-Chancellor of JNU