Column: What were shut-in San Diegans reading in 2021? Check out the County Library’s Top 10 lists 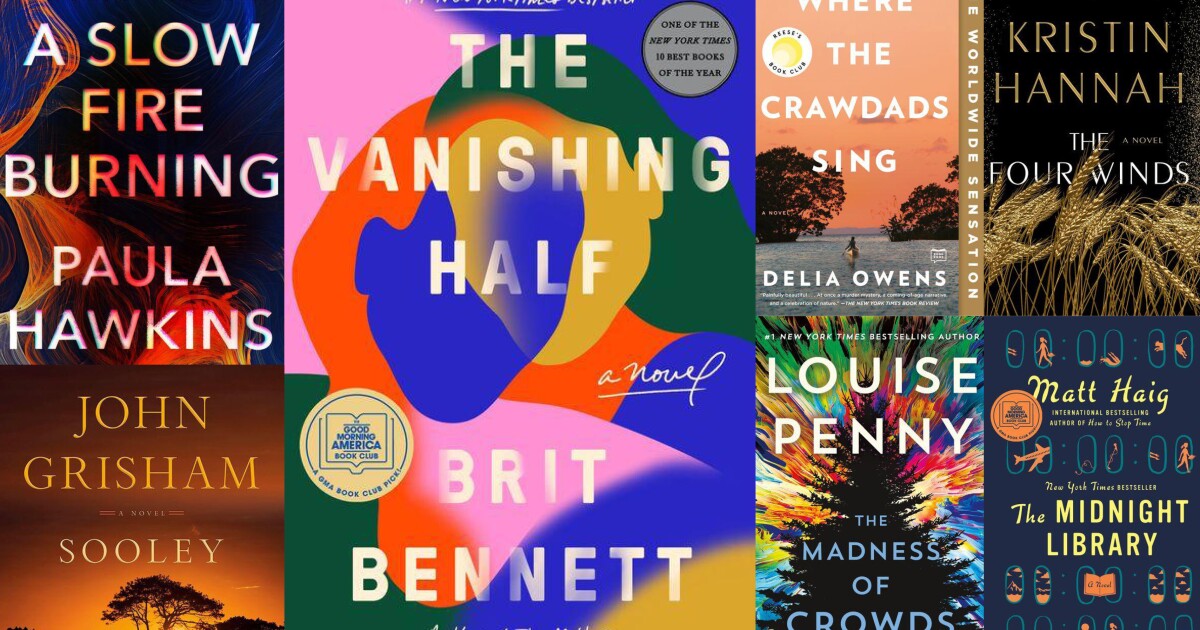 In 2021, local book lovers in need of comfort and joyful distraction found it in the stacks and electronic collections of the San Diego County Library’s 33 branches, along with its book mobiles and kiosks. What were they reading? Chilling mysteries and chill beach reads. A presidential autobiography and a middle schooler’s diary.

“I think people like to go back to what’s familiar,” said Jennifer Lawson, collection development manager for the San Diego County Library. “When times are turbulent, it’s comforting to read those old familiar authors.”

From the adventures of a cop who is part man and part dog to a Depression-era novel that made modern-day readers feel better about everything, here are some insights from the San Diego County Library’s recently released Top 10 lists of its most checked-out books and movies of 2021. Your 2022 binge awaits.

In a year when we all wanted to be anywhere but in the here and now, legions of County Library patrons turned to the same two books. Matt Haig’s “The Midnight Library” and Kristin Hannah’s “The Four Winds” were the only titles to make the library’s lists of most checked-out books, e-books, and audio books. They hit the trifecta for good reason.

In “The Midnight Library,” heroine Nora Seed’s magical exploration of the possible lives she didn’t live was a warm and wry reminder that regardless of the outward trappings, your best life is ultimately the one you make for yourself. (Also, regrets suck.)

And in the “The Four Winds,” determined Depression-era heroine Elsa Martinelli leaves the unforgiving world of Dust Bowl Texas for the equally harsh San Joaquin Valley. Watching Elsa battle poverty, wretched working conditions and a slew of weather disasters for 464 pages was to be thankful for whatever small comforts our pod-sized lives could provide.

Adults weren’t the only ones who wanted a reading retreat in 2021. And what better way to escape the daily grind of Zoom school and online everything than with the illustrated adventures of a canine cop and a muddled middle-schooler? Which is probably why all 10 slots of the County Library’s list of the most checked-out kids’ chapter books were occupied by two authors.

The undefeated writers were Dav Pilkey and Jeff Kinney, the men behind the uber-popular “Dog Man” and “Diary of a Wimpy Kid” series. Pilkey’s silly sagas about a police officer who is part man and part dog nabbed four slots. Kinney’s dispatches from the fictional Greg Heffley’s hard-knock “Wimpy Kid” life also commanded four spots in the Top 10.

As for the remaining two spots, those went to a pair of books from Kinney’s “Rowley Jefferson” series, which feature “Wimpy Kid” best pal, Rowley Jefferson. Underdogs (and dog cops) rule!

It was a No. 1 New York Times bestseller and a book-of-the-year selection by everyone from NPR to People magazine, so it’s no big surprise that Brit Bennett’s “The Vanishing Half” made the County Library’s e-book Top 10 as well. But it’s still nice to see.

Bennett is an Oceanside native, and after making a literary splash with 2016’s “The Mothers,” she followed up with a beautifully written novel examining race, identity and family that made good on that promise and then some. An HBO series is in the works, with Issa Rae of “Insecure” set to produce. Anticipation is a gift, too.

John Grisham landed three novels on the Top 10 books list, and the most-borrowed movies list was heavy on family-friendly fare like “Cruella,” “Raya and the Last Dragon” and “Little Women.” But there were some surprises in the County Library’s Top 10 collection, and you didn’t have to read between the lines to find them.

Odd Couple Award: This one goes out to former President Barack Obama and current Lincoln automobile spokesman Matthew McConaughey, the only authors to have autobiographies on the library’s Top 10 audio and e-audio books list. Obama’s “A Promised Land” was at No. 2, and McConaughey’s “Greenlights” was a No. 5. Alright, alright, alright.

The Oscar Effect: The only nonfiction title on the e-books Top 10 was Jessica Bruder’s “Nomadland: Surviving America in the Twenty-First Century,” which got a big boost from director/writer Chloé Zhao’s Oscar-winning film adaptation. How’s that for a Hollywood ending?

Mystery of the Year: The third most-borrowed movie of 2021 was — hold the drumroll — “Hitman’s Wife’s Bodyguard,” the much-panned action flick starring Ryan Reynolds, Samuel L. Jackson and a lot of hot air. Why???

Lone Wolf Medal: Nine of the Top 10 teen-fiction titles were by two writers, Suzanne Collins of “The Hunger Games” fame and Rick Riordan, author of “The Lighting Thief” and many other blockbusters. But the other spot belonged to Raina Telgemeier’s Guts,” an honest and honestly funny look at anxiety and how to survive it.

After the year we all had, it was comfort food for thought. More helpings, please! 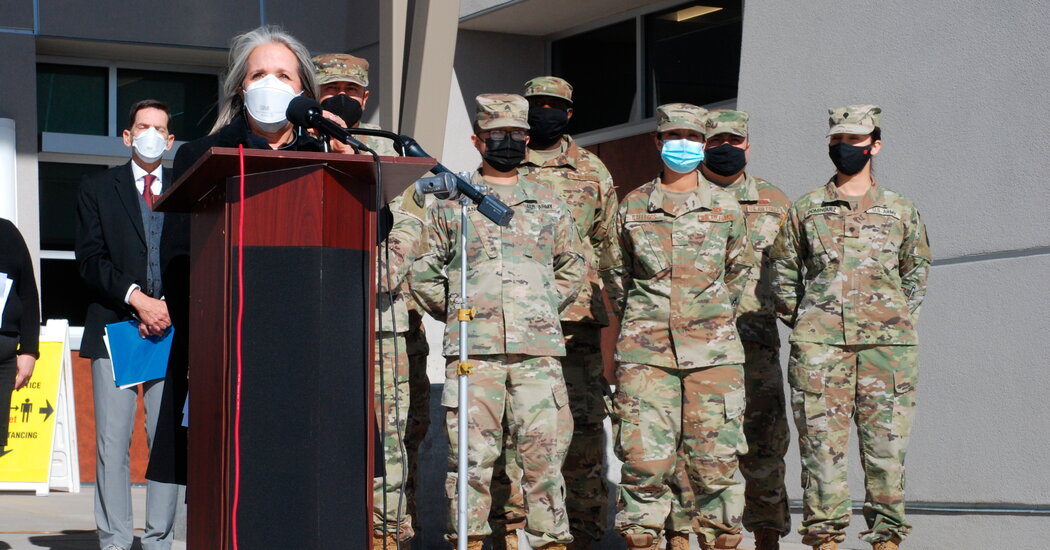 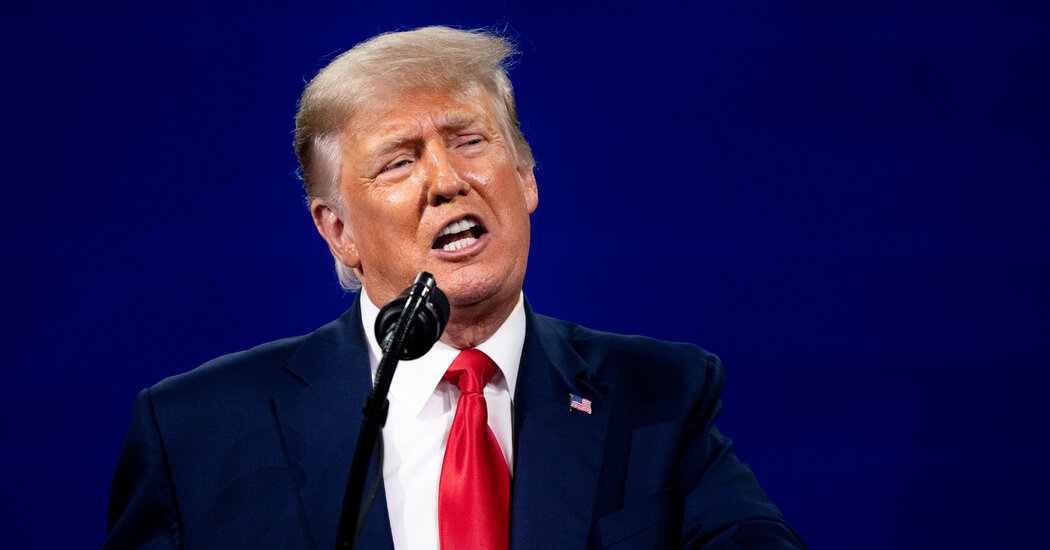