Cheering, yelling, and Bon Jovi: This is what a Beanpot victory sounds like

Northeastern students couldn’t wait to sink their teeth into a fourth consecutive men’s Beanpot ice hockey title, if the size of the Husky crowd at Monday night’s Beanpot game was any indication. And now they’ll get the chance.

Before the puck dropped on the team’s battle against cross-town rival Boston College, the queue in front of Lucky’s Chicken behind the Northeastern students’ section at TD Garden in Boston snaked down and around the hallway. The sated Husky fans cheered the hockey team to a 3-1 victory in Monday’s game. That win earns the team a spot in the Beanpot championship game next week against Boston University.

Two members of the dance team—Caia Rossi, a first-year behavioral neuroscience major, and Giavanna Barucci, a molecular biology major—exited the food line carrying large containers of tenders and fries to their seats. Both wore matching black outfits with “Northeastern” spelled out in red sequins on their shirts.

“We’re here to just hype up the crowd and build up the spirit for Northeastern,” says Rossi. She is one of 25 members of the dance team, who thrust their red pom-poms in the air in time to music played by the pep band.

Even Joseph E. Aoun, president of Northeastern, got in on the action. Making his way through the eardrum-splitting section known as “The DogHouse,” he paused every so often for students to thrust phones aloft for selfies with him. The president even shook red pom-poms he borrowed from someone on the dance team.

President Aoun stopped for selfies with Hunter Hsui, second-year chemical engineering major who plays trumpet in the pep band, and Lilian Lindquist, a third-year economics and international affairs major, who wore a large Northeastern flag around her neck like a cape.

The decibel level inside the arena started out high even before the game began. Senior Madison Ambrose, a political science major, belted out a beautiful rendition of the National Anthem with such volume, it was hard to believe she was wearing a facemask.

The Husky faithful—hundreds and hundreds of them—seemed to outmatch BC’s fans if not in number than in spirit. They playfully taunted one another in the hallways with chest-beating bravado. A Northeastern student sitting in “The DogHouse” couldn’t resist a dig at the BC Eagles with her sign that read “Birds Aren’t Real,” a nod to a parody social movement.

At the heart of the evening were the pep band-powered tunes. The 165-member squad is led by Allison Betsold, who is in her fifth year in charge of the musicians. The band has about 70 songs in its portfolio that are played at various times throughout games, she says.

On this night, they held nothing back with their renditions of “Jungle Boogie” by Kool and the Gang and Bon Jovi’s “Livin’ on a Prayer.”

“If it’s a really intense game we’re going to play something a little more intense,” such as “Pump It” by the Black Eyed Peas, “I’m Shipping Up to Boston” by the Dropkick Murphys, or “Montero” by Lil Nas X, Betsold says.

If the mood calls for something a little more relaxed, then the band might play Blackstreet‘s “No Diggity” or “I Get Around” by the Beach Boys.

“‘Stacy’s Mom’” is our unofficial alma mater song here at Northeastern,” she laughs. “I don’t actually know the history behind it, but it was probably 15 years ago when it came out and it rocked Northeastern and we’ve stuck with it ever since.” 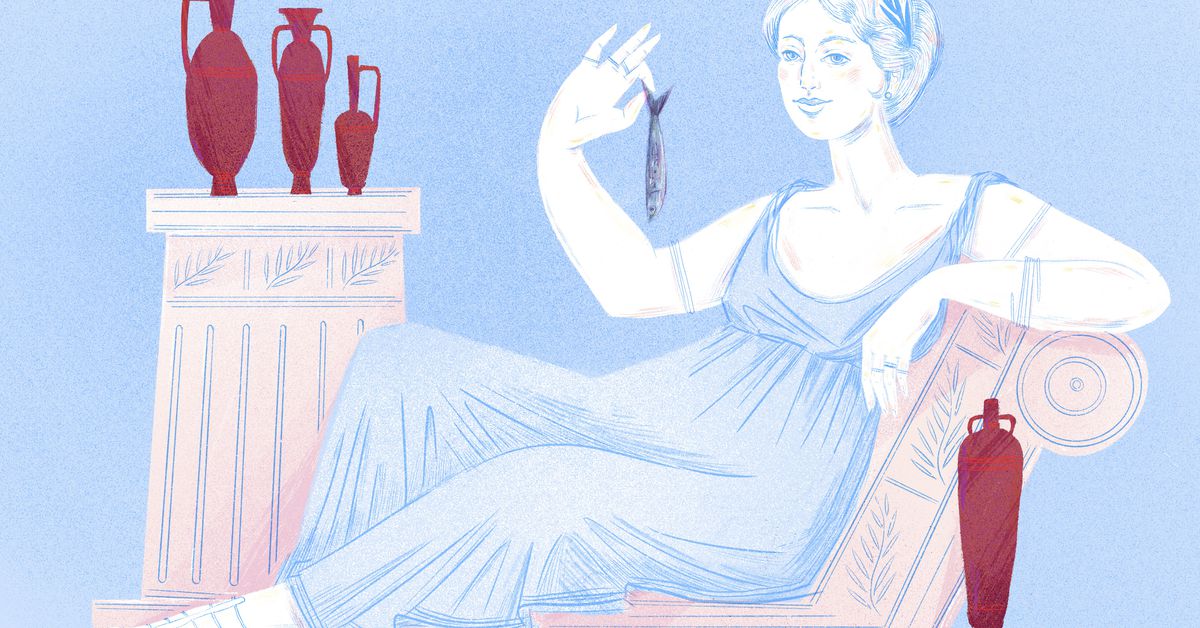 What Is Garum? And How to Use It for Cooking