Painter Park Seo-bo, one of the pioneers of Dansaekhwa, a contemporary art group that emerged in Korea in the 1960s, has focused three crucial elements in Dansaekhwa paintings – purposeless action, a repetition exercise in meditation and materiality evolved from the meditation.

Authored by writer and independent curator Rosa Maria Falvo, a specialist in Asia-Pacific and Middle Eastern contemporary art, and essayist Lee Jin-joo, the book does not simply focus on Park’s artistic exercise, but also delves into the origins of Korean abstract art . Among the concepts introduced here is “seohwadongwon” — which refers to the “origin of writing and painting as one” and was deeply rooted in the ink paintings of “seonbi,” or virtuous Confucian scholars of the Joseon era (1392-1910) .

Park started to present his signature painting series, “Ecriture,” or “Myobop” in Korean, which literarily means “method of describing,” which continues to this day, evolving from early pencil ecriture to recent ecriture series inspired by colors of nature.

“His Myobop works are cool, ascetic and intellectual forms of digression, with lines resulting from a cultivated labor that is seeking to attain a certain realm of ’emptiness’ (mu in Korean),” the authors write. 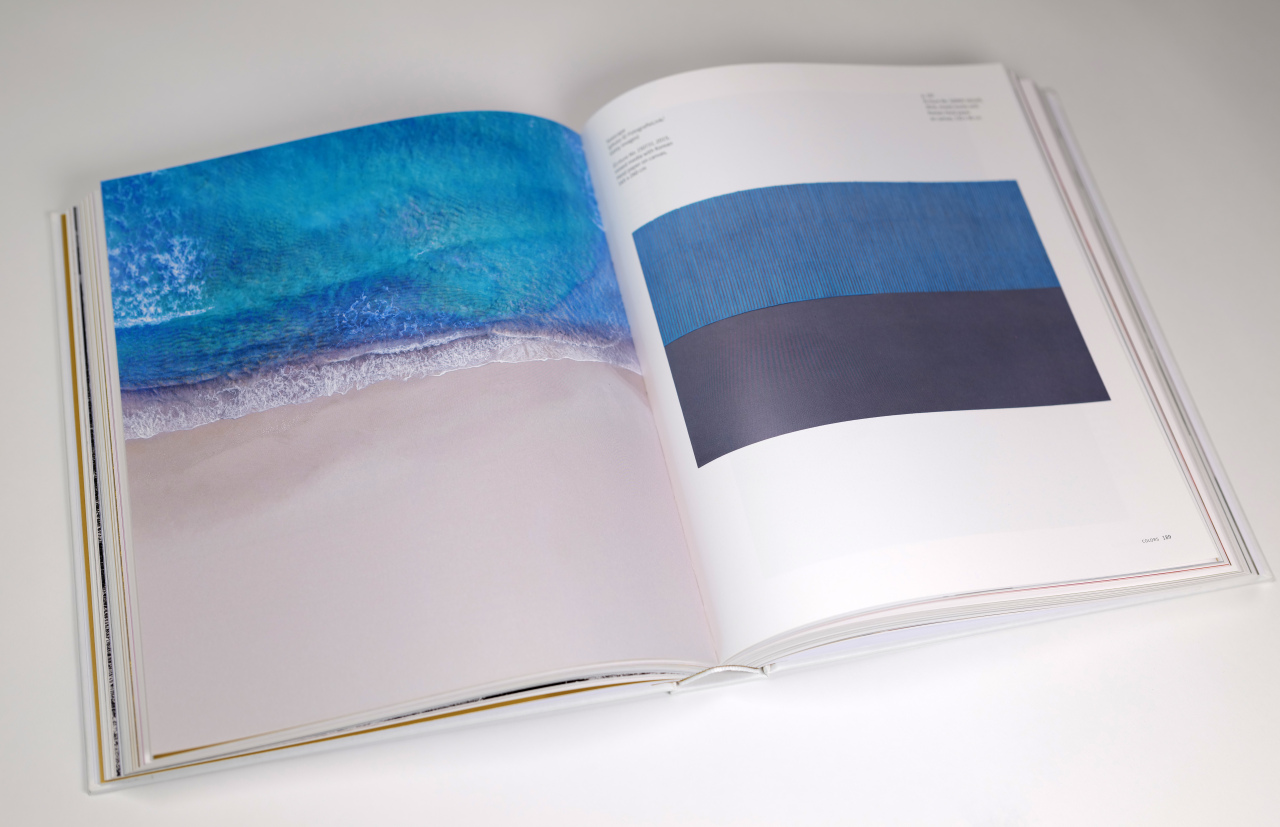 Park always learns from nature. How Korea’s four seasons inspired him to create his “Ecriture” painting series is well described in the book. “It is fortunate that Korea has a place like Jeju. The blue in my paintings is closely connected to the Jeju sea. (…) I love the way the Jeju sea presses right up against the sky,” he is quoted as saying in the book.

The book examines the colors that Park used in his early “Ecriture” series and other Dansaekhwa artists whose paintings featured reserved use of color in the early days. The book notes that during the Joseon era, colors were viewed as a means to express human emotions that the literature was reluctant to express.

“To understand how Park transitioned from black (early work) to Obangsaek (Hereditarius) and white (Dansaekhwa and early Myobop), to rediscovering color (middle and late Myobop) and reinventing it in his own unique style, is a historical and philosophical process tracing how Korean art itself applied its traditions, discovered its modernity, responded to contemporary life and reshaped its future,” the authors write.

Obangsaek is a traditional Korean color theory based on five colors – blue or green, white, red, black and yellow – that symbolize the five elements of the universe. Park’s colorful Hereditarius paintings of the 1960s that predate the Myobop series were inspired by the color theory.

The artist has kept close friendships with other Korean art masters, including Lee U-fan, who popularized the Mono-ha movement in Japan and Kim Tschang-yeul (1929-2021), known for his abstract paintings of water droplets. The intimate ways those leading art figures inspired and supported each other make for a fascinating read.

“Kim Tschang-yeul always confided in Park Seo-bo. At the time, these young artists were kindling to the cultural furnace that was South Korea in the 1950s and 1960s, and they were a tight-knit pair. For Kim, Park was an ‘impetuous and nimble activist with a strong ego.’ Park saw Kim as the more introverted and meditative one who moved in ‘slow-motion,'” the authors write.

“What is truly exciting about this ninety-year-old Korean master is that one gets the feeling that the remarkable breadth of his intuition has only just begun to reveal itself to a newly equipped generation of artists,” Falvo writes in the preface of the book.

Based in Seoul, Park was born in 1931 in Yecheon, North Gyeongsang Province and graduated in painting from Hongik University in Seoul in 1954. He was awarded the country’s highest cultural honor, the Geumgwan (Gold Crown) Order of Cultural Merit, in 2021. Exclusive! “If not Vijay, I would have not played any other character in Raktanchal ” Kranti Prakash Jha on upcoming web series Raktanchal season 2