Recently released in theatres, the adventure/fantasy movie The King’s Daughter finds Pierce Brosnan in the role of the French monarch Louis XIV. However, rather than being a historical tale, The King’s Daughter is a fictional fable of the King’s quest to find immortality. Even though he finds a magical mermaid for this purpose, matters grow complicated when his daughter discovers this secret.

The movie is an interesting take on both the lore of mermaids and the historical reinterpretations of Louis XIV. The ruler has been the subject of revisionist treatments such as The Man In The Iron Mask (and its several adaptations) and Alan Rickman’s directorial venture A Little Chaos.

Featuring one of Kirsten Dunst’s best roles, Marie Antoinette is a stylish reinterpretation of the infamous monarch’s life in the years before the French Revolution. Sofia Coppola’s direction delves into the lavish and carefree lifestyle of the French ruling class.

As Marie Antoinette is not a historical biopic, it shows the possibility of reinterpreting the lives of royals to showcase their petty affairs and alienation from the real world. The King’s Daughter is similarly a fantasy tale but it is grounded in the real-life personality traits of King Louis XIV.

Professional surfer and writer Bethany Hamilton suffered a tragic shark attack in 2003, losing her leg in this encounter. The story of her eventual recovery and surfing comeback is what forms the crux of the biopic called Soul Surfer.

If viewers enjoyed The King’s Daughter, they might be interested in checking out the rest of director Sean McNamara’s filmography. Soul Surfer can be the first step as it is one of his more popular movies. It takes a less fictional approach towards its real-life figure when compared to The King’s Daughter but McNamara’s obsession with the seas still remains the same.

The biggest selling point of A Little Chaos might be the fact that not only did Alan Rickman play King Louis XIV in the movie but he also served as the writer and director. However, his is a secondary role as the story deals with the construction of a garden that the French ruler ordered in Versailles. Against this backdrop, two artists develop a romantic bond.

A Little Chaos shows how interesting the life of Louis XIV has been that such fictional tales continue to be set around him. He might not go down in the history books as one of France’s best rulers but his lore still makes for good cinematic content.

Inspired by the works of the French author Alexandre Dumas, The Man In The Iron Mask features Dumas’ famous musketeers as they hatch a conspiracy to replace King Louis XIV with the titular figure who is believed to be the King’s imprisoned twin brother.

RELATED: 10 Books Were Made To Movies More Than Once (& How Many Times The Were Adapted)

The time period and central figure aside, The Man in the Iron Mask is bound to impress fans of The King’s Daughter as both movies reveal the mysterious nature of King Louis XIV. As he wasn’t particularly well-liked by his people, folklore was built around the monarch which reveal his secrets and eccentricities.

As the movie’s title suggests, Abraham Lincoln: Vampire Hunter incorporates elements of vampiric horror in the life of America’s sixteenth President. If dealing with a Civil War wasn’t enough, Lincoln has to wage a secret war against vampires. While Abraham Lincoln has been the subject of many movies about U.S. Presidents, this horror flick reimagines him in an unconventional avatar.

In terms of the historical context, Abraham Lincoln: Vampire Hunter is far removed from The King’s Daughter. But the ones who enjoyed the latter and are wishing to check out more of the cast’s work will be delighted with this 2012 movie. The common element in both movies is Benjamin Walker who plays the titular protagonist in Vampire Hunter and the ship captain Yves De La Croix in The King’s Daughter. Ultimately, both belong to the subgenre of revisionist stories of historical figures.

An adaptation of the classic 16th-century Chinese novel, League of Gods is an interesting watch for aficionados of grand, over-the-top fantasy epics. The movie’s plot mainly deals with a king who turns into a tyrannical despot after a vixen (disguised as a royal concubine) brainwashes him.

The movie’s tone matches the pomp and show of The King’s Daughter and parallels can be drawn between the power-hungry rulers in both cases. Further, Bingbing Fan, the actress playing the mermaid in the latter also plays a chief role in League of Gods as the king’s concubine Daji.

Stream On The Criterion Channel

When it comes to movies with powerful sirens and mermaids, the Polish horror musical The Lure is a fresh and unconventional watch. Rather than relying on the same trope of showing sea sirens as deadly seductresses, the movie touches upon how humans might exploit such creatures when they come out of the sea. In such cases, the creature has no option but to defend itself even if violence is in the cards.

In terms of moral conflict, The King’s Daughter is similar in its approach towards the mermaid character. The naive aquatic creature is used by the greedy king for his own selfish means, ignoring the pain that his actions might cause her.

One of Walt Disney’s animated Silly Symphonies short films, The Golden Touch adapts the Greek mythological tale of King Midas and his greed. As the monarch craves for nothing but gold, he’s cursed with the powers to turn everything that he touches into gold.

Ultimately, The Golden Touch is a children’s moral tale but it still showcases the universal value of greed and how its depiction has virtually remained unchanged in pop culture. Be it Midas or The King’s Daughter Louis XIV, such royal figures might have everything and yet they crave for more. All in all, it makes for good drama for the masses.

A faithful film adaptation of the Shakespeare play, this BBC production of King Lear stars Anthony Hopkins in the titular role. Lear is an aging monarch in a reimagined 21st-century militarized version of Britain. As the old king divides the kingdom among his three daughters, the ensuing chaos forms the rest of the premise.

King Lear’s central figure shows the other side of the monarchy. Despite all his riches and glory, Lear knows that his time is about to end and this fear of imminent decline is what takes over his psyche. Similarly, in The King’s Daughter, the titular monarch is concerned with his reign’s end and hence, resorts to immortality.

As King Louis XIV succumbs to an injury before his 77th birthday, he reminiscences on his turbulent life in the presence of his courtiers. A slow-paced story told through the fading memories of an old ruler, the French historical drama succeeds at blending history and drama.

The French movie can be a companion watch to the polar opposite The King’s Daughter. While the latter focuses on his obsession with youth and the magic he has to resort to, The Death of Louis XIV tends to focus on a more glum and aged look at its muse.

NEXT: The King’s Daughter Characters, Ranked By Intelligence

How to Eliminate IO Forces in Fortnite Chapter 3 Season 1 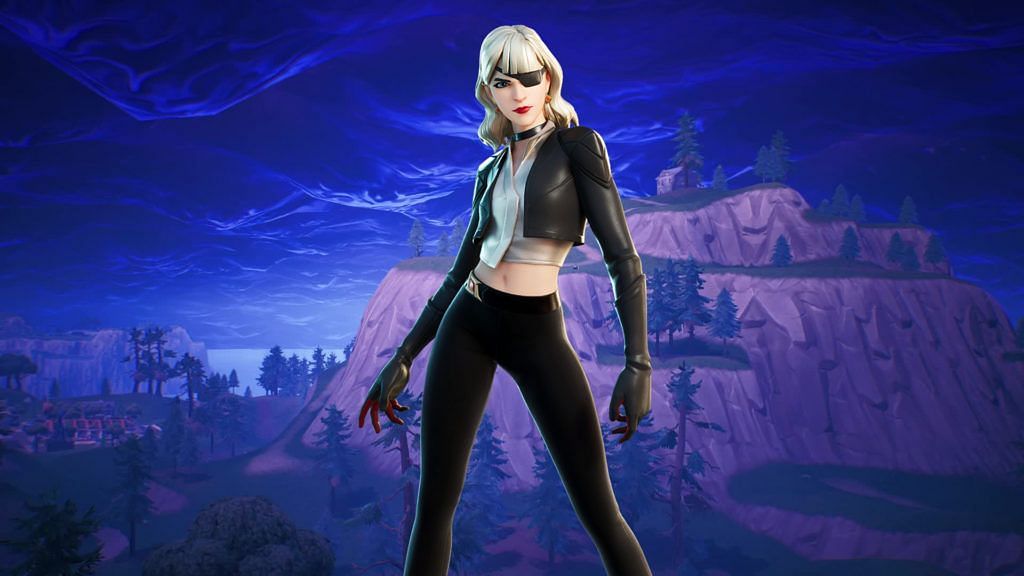