The stock market has been going through a lot in the past two weeks: wild swings just in the past seven days, including yesterday with a Wall Street free fall. What does all this uncertainty tell us about the broader economy?

Credits: Axios Today is produced by Niala Boodhoo, Sara Kehaulani Goo, Alexandra Botti, Nuria Marquez Martinez, Alex Sugiura, and Lydia McMullen-Laird. Music is composed by Evan Viola. You can reach us at [email protected], You can text questions, comments and story ideas to Niala as a text or voice memo to 202-918-4893.

Here’s what we’re covering today: history endangered by fires in the Southwest.

But first, today’s One Big Thing: hanging on for the market’s wild ride.

The stock market has been going through – Well, a lot the past two weeks with wild swings just in the past seven days, including yesterday. What does all of this uncertainty tell us about the broader economy? Axios’ chief financial correspondent Felix Salmon is here with the big picture. Hey Felix.

NIALA: First, what is all of this volatility?

FELIX: Really what it’s about is we have interest rates again, do you remember interest rates? They used to be a thing back in the like, the 2000s, and then there was a big financial crisis and then they went away and then they went away for like 14 years. Well, they are back. Money costs money again. Money hasn’t cost money for about 14 years. We’ve had, what’s known as zero interest rates, but the minute the money costs money, everything kind of changes in financial markets. And especially the riskier, sort of the tech stocks, which aren’t going to make money for many, many years. They become less attractive. Bonds become less attractive. A whole bunch of stuff goes down in price. This is just a reaction to, “We have interest rates.” This is normal most of the time. It’s just we’ve had a very long period of them not existing.

NIALA: So let’s take tech stocks – If people are investors in Apple or Alphabet, which is the parent company for Google, does it say something about how our economy is shifting back to what it was before the pandemic the way that these stocks are sort of getting completely hammered?

FELIX: So the first thing you need to know is that if the stock price is going down, that doesn’t mean that there’s something bad with the companies. That doesn’t mean that Google is making less money or Apple is making less money. Really what the market is saying is we were expecting you to be making money in 20 years time, 30 years time, 40 years time, and a lot more money than you’re making today. We were pricing at a bunch of growth and that future money is just worth less to us today than it was a year ago because of those interest rates I was telling you about.

NIALA: I am not near retirement age, unfortunately. So I –

FELIX: You’re not going to retire, Niala? I’m glad about that because we like you on this podcast.

NIALA: That’s good. I’m not one of those – Yeah, I’m not on the early retirement track here being a journalist. So then I always go back to the investment advice which is don’t pay attention to swings in the stock market now because I don’t need this money for a long time.

FELIX: 100%. That’s completely the right thing to do. If the place that you have your stocks is some kind of a retirement fund, you are actually kind of like it when they go down, because it means they’re cheaper. When you put money into your 401k, you can buy more stocks for every hundred dollars that you put in than you used to when they were expensive.

NIALA: I want to go back to a conversation that you and I had, I think probably almost two years ago, which was just that the stock market seemed like it was not in the same realm of reality as the rest of us. Do you feel like the volatility that we’ve seen in the past week or so is a reflection more that the stock market is more aligned with our current economic reality?

FELIX: Absolutely. We are seeing a stock market which looks like it’s trying to come to terms with reality. It’s trying to come to terms with not just inflation, but the second order effects of inflation like what is the Fed going to do in order to try and get inflation under control? And the biggest losers in the stock market are generally the companies that had the craziest high evaluations. As you said earlier, if what you’re doing is investing for the long-term, then this is actually not so much painful as it is a buying opportunity.

NIALA: So for the vast majority of Americans, this actually is not bad news.

NIALA: In a moment, wildfires in the Southwest threatening lives, land and history.

At least eight wildfires are burning in the southern and northern parts of New Mexico as a heat wave and drought is increasingly threatening the Southwestern us. The Calf Canyon, Hermits Peak fire in New Mexico has grown to the largest wildfire in the nation. Axios’ Russell Contreras, who lives in Albuquerque, says the fires are endangering historic Hispanic villages and Native American pueblos in the state. Hey Russ, I hope you’re staying safe.

RUSSELL CONTREAS: We are. We’re about 35 miles from the nearest wildfire but overall we’re pretty safe.

NIALA: Can you tell us what the scale of these fires is for New Mexico?

RUSSELL: Well, there’s a number of fires that are going on here. There’s more than eight. I’m close to one fire. That’s near Jemez Springs or Jemez Pueblo. That fire, the Cerro Pelado fire, is about 11% contained and it’s – It’s now threatening Los Alamos National Lab. I can see the fire from my house. The smoke is coming out from the mountains. And, occasionally when we get these wind storms, the smoke comes into our community, which is in Rio Rancho, New Mexico and you can’t see anything. In fact, when you drive, sometimes you have to pull over to the side of the road. So that fire and the one near Las Vegas, New Mexico are the ones that’s creating the most headaches for people here.

NIALA: How typical is this time of year to be experiencing something like that?

RUSSELL: This is very early. We usually get wildfires deeper into the summer, but these wildfires are beginning to spring and this is a lot earlier. Right now, most of the state, 95% of it, of the state is in severe drought or worse. So getting these wildfires so early in the spring is very unusual and getting them so big at this time is dramatically different than anything we’ve ever seen.

NIALA: And how has the state tried to prepare for this and how are they fighting things?

RUSSELL: Well, the governor of New Mexico, Michelle Lujan Grisham requested Joe Biden to sign a presidential disaster declaration and she did this very quickly. But right now, these things are so quickly spreading, we’ve never seen anything like this in such an early time that many people aren’t prepared. There are many communities around Las Vegas, New Mexico that have been ordered to be evacuated, but many residents there have seen wildfires before. And some of them are saying, “No, we’ll, we’re gonna tough this one out.” But authorities are saying, “No, you haven’t seen anything like this. We’re in severe drought and we’re getting these constant wind storms that are spreading these fires like crazy.”

NIALA: What do we know about any loss of life so far as well as property damage?

RUSSELL: We know that there’s a lot of property damage. Life – we just don’t know yet. Many of these places, they only have about a few hundred residents, a few thousand residents, and it takes time. Uh, these are areas that are internet dead zones. It’s hard to get to in many cases. So we’re just now gathering all the information that we can.

NIALA: And Russ, you’ve also been reporting that there’s some important history in some of these villages and pueblos that could be lost?

RUSSELL: Yes, some of these villages go back to even before the United States was founded. They began when early Spanish explorers came here or Spanish settlers, and there are Pueblos here that have been around for thousands of years. So you combine this history there in these secluded areas that have been untouched in many, many cases, their old churches. The fires there are threatening some of these old homes and some of these landmarks. And we just don’t know because we can’t get to some of them.

RUSSELL: Thanks for having me.

NIALA: Before we go today – one of the last surviving Tuskegee Airmen has a special birthday wish. Retired Sergeant Victor Butler is believed to be the last surviving Airman in Rhode Island from the historic black military pilot group.

He’s turning 100 on May 21. And he told a local WJAR Rhode Island television reporter that all he wants is birthday cards.

TEMI-TOPE ADELEYE: If I put this out, I imagine there’s going to be a flood of birthday cards coming in.

SERGEANT VICTOR BUTLER: Oh I’ll read every one of them.

NIALA: We’ll include his address in our show notes.

That’s all we’ve got for you today!

I’m Niala Boodhoo – thanks for listening – stay safe and we’ll see you back here tomorrow morning. 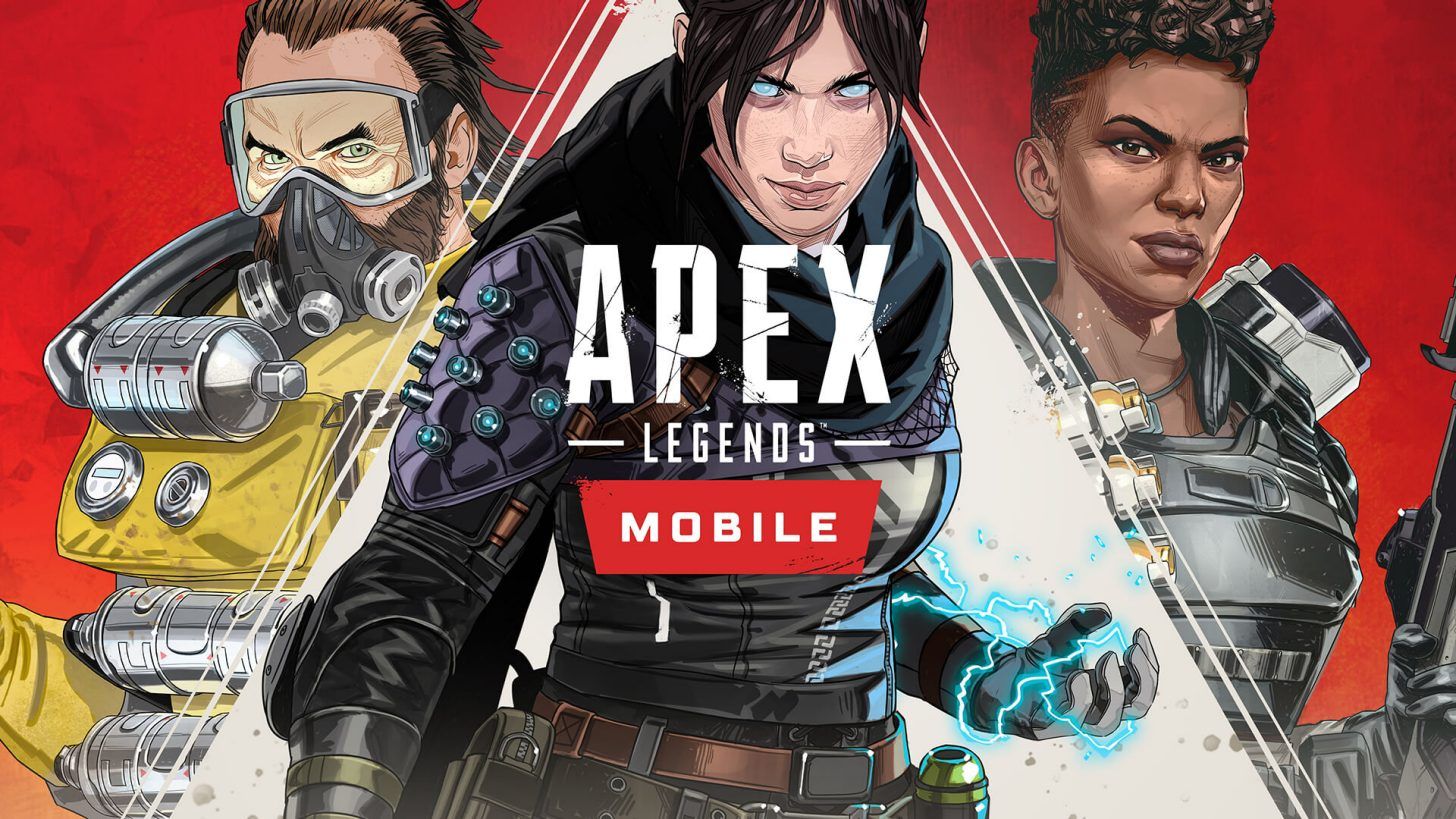