As Midterms Loom, Elections Are No Longer Top Priority for Meta CEO Mark Zuckerberg, Facebook’s chief executive, made securing the 2020 US election a top priority. He met regularly with an election team, which included more than 300 people from across his company, to prevent misinformation from spreading on the social network. He asked civil rights leaders for advice on upholding voter rights.

The core election team at Facebook, which was renamed Meta last year, has since been dispersed. Roughly 60 people are now focused primarily on elections, while others split their time on other projects. They meet with another executive, not Mr. Zuckerberg. And the chief executive has not talked recently with civil rights groups, even as some have asked him to pay more attention to the midterm elections in November.

Safeguarding elections is no longer Mr. Zuckerberg’s top concern, said four Meta employees with knowledge of the situation. Instead, he is focused on transforming his company into a provider of the immersive world of the metaverse, which he sees as the next frontier of growth, said the people, who were not authorized to speak publicly.

The shift in emphasis on Meta, which also owns Instagram and WhatsApp, could have far-reaching consequences as faith in the US electoral system reaches a brittle point. The hearings on the Jan. 6 Capitol riots have outlined how precarious elections can be. And dozens of political candidates are running this November on the false premise that former President Donald J. Trump was robbed of the 2020 election, with social media platforms continuing to be a key way to reach American voters.

Election misinformation remains rampant online. This month, “2000 Mules,” a film that falsely claims the 2020 election was stolen from Mr. Trump, was widely shared on Facebook and Instagram, garnering more than 430,000 interactions, according to an analysis by The New York Times. In posts about the film, commenters said they expected election fraud this year and warned against using mail-in voting and electronic voting machines.

Other social media companies have also pulled back some of their focus on elections. Twitter, which stopped labeling and removing election misinformation in March 2021, has been preoccupied with its $44 billion sale to Elon Musk, three employees with knowledge of the situation said. Mr. Musk has suggested he wants fewer rules about what can and cannot be posted on the service.

“Companies should be growing their efforts to get prepared to protect the integrity of elections for the next few years, not pulling back,” said Katie Harbath, chief executive of the consulting firm Anchor Change, who formerly managed election policy at Meta. “Many issues, including candidates pushing that the 2020 election was fraudulent, remain and we don’t know how they are handling those.”

Meta, which along with Twitter barred Mr. Trump from its platforms after the riot at the US Capitol on Jan. 6, 2021, has worked over the years to limit political falsehoods on its sites. Tom Reynolds, a Meta, said the company had “taken a comprehensive approach to how elections play out on our platforms since before the US elections and through the dozens of global elections since then.”

According to Mr. Reynolds, Meta has hundreds of people across more than 40 teams focused on election work. With each election, he said, the company was “building teams and technologies and developing partnerships to take down manipulation campaigns, limit the spread of misinformation and maintain industry-leading transparency around political ads and pages.”

Trenton Kennedy, a Twitter and said the company was continuing “our efforts to protect the integrity of election conversation and keep the public informed on our approach.” For the midterms, Twitter has labeled the accounts of political candidates and provided information boxes on how to vote in local elections.

How Meta and Twitter treat elections has implications beyond the United States, given the global nature of their platforms. In Brazil, which is holding a general election in October, President Jair Bolsonaro has recently raised doubts about the country’s electoral process. Latvia, Bosnia and Slovenia are also holding elections in October.

The Themes of the Jan. 6 House Committee Hearings

“People in the US are almost certainly getting the Rolls-Royce treatment when it comes to any integrity on any platform, especially for US elections,” said Sahar Massachi, the executive director of the think tank Integrity Institute and a former Facebook employee. “And so however bad it is here, think about how much worse it is everywhere else.”

Facebook’s role in potentially distorting elections became evident after 2016, when Russian operatives used the site to spread inflammatory content and divide American voters in the US presidential election. In 2018, Mr. Zuckerberg was tested before Congress that election security was his top priority.

“The most important thing I care about right now is making sure no one interferes in the various 2018 elections around the world,” he said.

The social network has since become efficient at removing foreign efforts to spread disinformation in the United States, election experts said. But Facebook and Instagram still struggle with conspiracy theories and other political lies on their sites, they said.

In November 2019, Mr. Zuckerberg hosted a dinner at his home for civil rights leaders and held phone and Zoom conference calls with them, promising to make election integrity a main focus.

The week before the November 2020 election, Meta also froze all political advertising to limit the spread of falsehoods.

But while there were successes — the company kept foreign election interference off the platform — it struggled with how to handle Mr. Trump, who used his Facebook account to amplify false claims of voter fraud. After the Jan. 6 riot, Facebook barred Mr. Trump from posting. He is eligible for reinstatement in January 2023.

Last year, Frances Haugen, a Facebook employee-turned-whistle-blower, filed complaints with the Securities and Exchange Commission accusing the company of election safety features too soon after the 2020 election. Facebook prioritized growth and engagement over security, she said.

In October, Mr. Zuckerberg announced Facebook would focus on the metaverse. The company has restructured, with more resources devoted to developing the online world.

Meta also retooled its election team. Now the number of employees whose job is to focus solely on elections is approximately 60, down from over 300 in 2020, according to employees. Hundreds of others participate in meetings about elections and are part of cross-functional teams, where they work on other issues. Divisions that build virtual reality software, a key component of the metaverse, have expanded.

Mr. Zuckerberg no longer meets weekly with those focused on election security, said the four employees, though he receives their reports. Instead, they meet with Nick Clegg, Meta’s president of global affairs.

Several civil right groups said they had noticed Meta’s shift in priorities. Mr. Zuckerberg isn’t involved in discussions with them as he once was, nor are other top Meta executives, they said.

“I’m concerned,” said Derrick Johnson, president of the NAACP, who talked with Mr. Zuckerberg and Sheryl Sandberg, Meta’s chief operating officer, ahead of the 2020 election. “It appears to be out of sight, out of mind.” (Ms. Sandberg has announced she will leave Meta this fall.)

Rashad Robinson, president of Color of Change, another civil rights group, said Ms. Sandberg and Mr. Zuckerberg asked his organization for recommendations in 2020 to thwart election misinformation. Their suggestions were largely ignored, he said, and he hasn’t communicated with either executive in more than a year. He now interacts with Meta’s vice president of civil rights, Roy Austin.

Meta said Mr. Austin meets every quarter with civil rights leaders and added that it was the only major social media company with an executive in charge of civil rights.

In May, 130 civil rights organizations, progressive think tanks and public interest groups wrote a letter to Mr. Zuckerberg and the chief executives of YouTube, Twitter, Snap and other platforms. They called for them to take down posts about the lie that Mr. Trump won the 2020 election and to slow the spread of election misinformation before the midterms.

Yosef Getachew, a director at the nonprofit public advocacy organization Common Cause, whose group studied 2020 election misinformation on social media, said the companies have not responded.

“The Big Lie is front and center in the midterms with so many candidates using it to pre-emptively declare that the 2022 election will be stolen,” he said, pointing to recent tweets from politicians in Michigan and Arizona who falsely said that dead people cast votes for Democrats. “Now is not the time to stop enforcing against the Big Lie.” 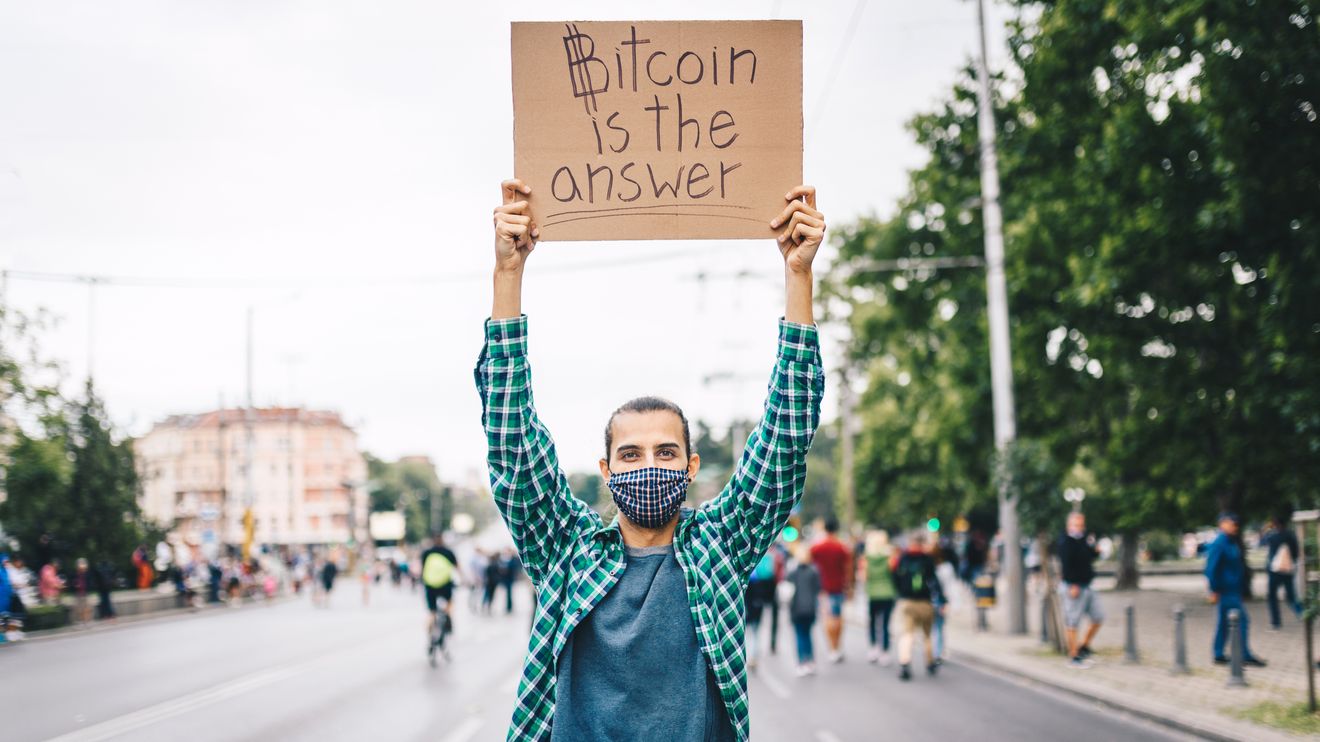