An ESPN camera gets a shot of a Tiger Woods putt through the phone of a fan.

It has become a familiar sight whenever Tiger Woods is on the scene at a golf tournament: herds of fans tracking his every swing, step and smile through the lenses of their phones.

If you were watching the second round of the PGA Championship from Southern Hills on ESPN on Friday, you saw just such a scene on the par-5 13th hole, where Woods had a short birdie try. As Woods addressed the putt — one he desperately needed to hole to keep alive his hopes of making the cut — an armada of phones appeared, whirling cameras. One fan with a ring on his left pinky raised his arms to get a clean shot of Woods. We know this because an ESPN camera had zoomed in tightly on the fan’s phone.

It was a meta moment that, in a way, symbolized the magnifying glass under which Woods lives: a camera shooting the world’s most photographed golfer through the lens of another camera. Heavy stuff, right? You could even see the fan, who was seven or eight rows deep in the gallery, working his own zoom to get the best shot.

But then ESPN did something unexpected: instead of cutting to a different camera angle that would provide viewers a clean shot of Woods’ birdie putt, the network stayed with the artsy camera-into-camera vantage point as Woods drew back his putterhead and struck the putt (which he made). Bold choice!

If the digital town square we know as Twitter was any indication…yes, far too bold! Among the hundreds of tweets on the topic that this reporter scanned, golf fans overwhelmingly panned ESPN’s decision to stick with the unconventional camera shot. In fact, many seemed downright offended by it. A sampling of feedback:

“Please don’t ever do this again especially when it’s the most consequential putt of Tiger’s round.”

“Showing a spectator’s phone INSTEAD of the live birdie putt by Tiger…. is reprehensible!!!!”

@BaySportsTeetr really let ’em have it:

Other observers seemed more upset that fans on site were watching Woods through their phones instead of through their own eyeballs. To wit:

“How about actually watch[ing] the moment instead of worrying about your phone video that everyone else will have a copy to post on YouTube?”

To be fair, not all Twitterers resented the shot. A small minority appreciated ESPN’s avant-garde approach:

Another fan “saluted” the network:

While another found the moment NFT worthy:

Final word goes to @mattkavanagh95, who perhaps said it best:

As GOLF.com’s executive editor, Bastable is responsible for the editorial direction and voice of one of the game’s most respected and highly trafficked news and service sites. He wears many hats — editing, writing, ideating, developing, daydreaming of one day breaking 80 — and feels privileged to work with such an insanely talented and hardworking group of writers, editors and producers. Before grabbing the reins at GOLF.com, he was the features editor at GOLF Magazine. A graduate of the University of Richmond and the Columbia School of Journalism, he lives in New Jersey with his wife and foursome of kids. At Davos, a Sense of 'High Urgency' About Energy Security 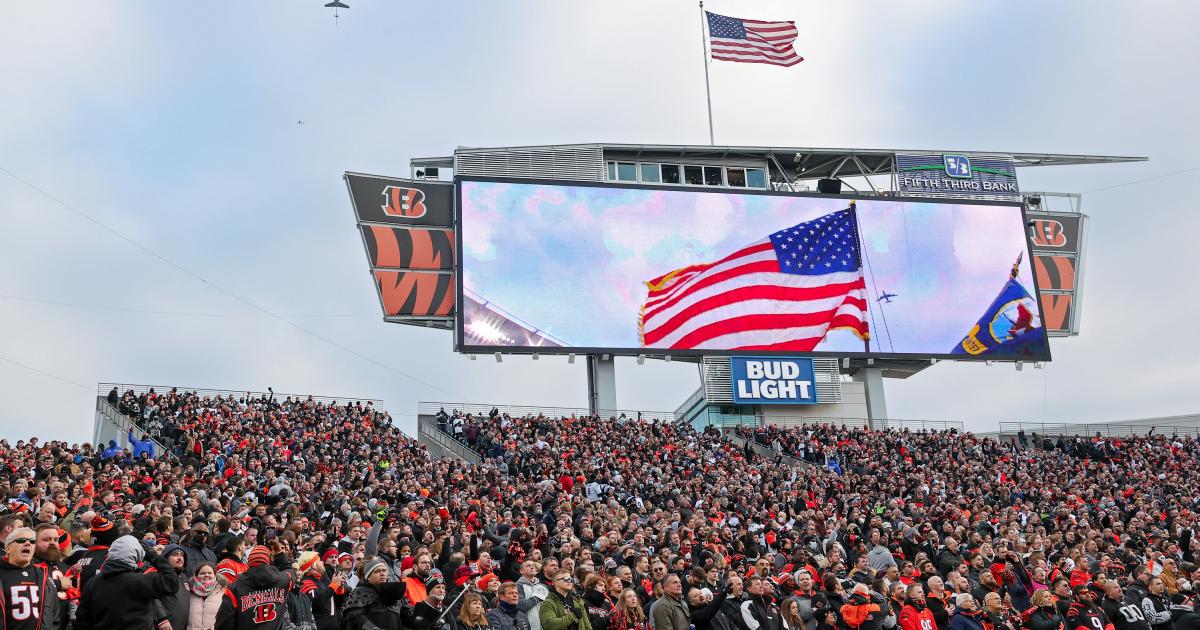