Apple Watch 7 vs. Fitbit Sense: Which watch is best for you? , CNN Underscored

When the Apple Watch debuted in 2015, it was expensive, limited and marketed mostly as a luxury item. If you wanted a fitness tracker, Fitbit was already on people’s wrists by then, along with various other devices that focused on counting steps, measuring heart rate and the like.

What a difference seven years make. Today, the Apple Watch 7 and the Fitbit Sense are the flagship products of both companies, and right now seemed the perfect time to pit them against each other. So, which premium fitness tracker/smartwatch rules them all? The answer, unsurprisingly, is mixed.

Which one you should buy depends partly on what phone you own, what you want out of a smartwatch or fitness tracker and whether you want to replace your smartphone or extend its capabilities. The bottom line? Get the Apple Watch 7 if you already own an iPhone and want to blend productivity and general fitness. The Fitbit Sense is for those who want deep health and fitness data and aren’t inexorably tied into the Apple ecosystem.

Both the Fitbit and the Apple Watch are handsome devices. They each looked great on my wrist, and while I consider myself a hardcore Apple partisan, I admit I liked the sleek lines and lack of a side button on the Fitbit. It was a tad heavier, though, at 45.9 grams compared to the 38.8 grams for the 45mm aluminum Apple Watch 7. But neither felt bulky or awkward. The silicon band of the Sense was not as smooth or comfortable as the standard Apple Watch loop band, but you can swap out bands for both devices if you don’t like what’s included.

I took to wearing both at once, one on each wrist, and while my partner teased me about it, either would look great in a more dressy or formal setting. I’d be comfortable with both at either the gym or the Met Gala.

Where the Apple Watch really shines, however, is its screen. Both have a super-sharp and bright AMOLED display, but the Apple Watch’s is about 20% bigger than the Fitbit Sense’s screen.

TL;DR: Slight edge to the Sense, despite the Apple Watch’s larger screen.

Here’s the meat of the issue, right? Both devices pack a lot of sensors into a small space. They both measure electrocardiogram (ECG), blood oxygen and heart rate, and both include an altimeter, gyroscope and accelerometer. The Apple Watch has a compass, but the Sense has an electrodermal activity (EDA) sensor and skin temperature monitoring. EDA is used to measure changes in skin electrical conductivity, and it’s related to the amount of stress I feel — which is a lot, all the time, thanks to deadlines my editor has for me.

The Sense’s EDA scan entails sitting still and quietly for two minutes while covering the screen. I’ve worn this thing for a week, and it’s just not giving me a stress score, so I don’t know how useful the EDA scan is. Apple also has something to calm you down called Mindfulness, but it doesn’t bother with any measurements. It’s just a Watch app to encourage you to slow down and take some deep breaths every now and then. I frankly found that more useful than stressing over my stress levels.

I also found that the two devices didn’t match up well even when used for the same activity. Last week, I took a leisurely hike, and the readings on the two devices were very different. The Sense said I walked 1.44 miles over an hour and 19 minutes, with an average heart rate of 122 BPM and burning 620 calories. The Apple Watch, however, counted an hour and 18 minutes of workout time and a distance of 1.32 miles. I also burned only 361 calories with an average heart rate of 132 BPM. Those divergent results are problematic, as I don’t know who to believe.

When it comes to tracking your goals, both devices offer ways to do that. The Apple Watch has its famous rings that fill up as you stand up and move around, which, if you close them, means you get to live another day. (Just kidding! Apple’s not that powerful … yet.) The Sense monitors what it calls Activity Zone Minutes, which track how much time you spend in the fat burn, cardio or peak heart zone when you’re working out each week.

TL;DR: Although they both track the same data, more or less, I’d give a slight edge to the Fitbit since its health data is top-notch. A lot of the deficiencies in the Apple Watch can be handled by third-party apps, though.

Part of that is because it only works with an iPhone, so the features between the two are deeply complementary. You can do almost everything on your Apple Watch that you can do on an iPhone. Make and receive phone calls? Check. Send and receive messages? Check. Download loads of apps? View maps and photos on your wrist? Control your house? Check, check, checkity check.

The Sense, on the other hand, simply can’t offer that level of integration with an iPhone. It does work with Android devices, however, so that’s a big plus for those not in the Apple ecosystem. It can make and receive calls through your Android phone, but its messaging is rudimentary, consisting mainly of canned responses. It can’t message via the iPhone at all, since Apple wants you to buy an Apple Watch and blocks such third-party integration with its wildly popular messaging service.

The app store for Fitbit is a bit thin too, with a fraction of the apps available. It also takes a more hands-off approach to gatekeeping, which is a problem for almost every app store other than Apple’s. It’s not a surprise that Apple’s offering is so much more robust; the Watch, iPhone, iPad and Mac all share some code in their operating systems, and one company to rule them all. Fitbit’s Sense just doesn’t have the processor oomph to run complex apps, and it doesn’t have the integration that Apple can supply.

This is a no-brainer. The Apple Watch can go about 18 hours on a single charge and the Fitbit Sense can go six days. Done. Both devices use wireless charging and can be fully charged in about an hour.

One nice touch the Sense offers is the Daily Readiness Score, which tracks your body’s need to recover after workouts and exertion. The Apple Watch doesn’t have this feature yet, despite fans on Reddit begging for rest days while closing their rings. (I guess no one slacks off in Cupertino.)

But the Daily Readiness Score is only available for Fitbit Premium members, costing $9.99 per month or $79.99 per year. In addition to the Readiness Score, you also get sleep tracking, stress and mindfulness management, deeper analytics on your data and guided workouts.

Apple also offers a health service with the same price structure as Fitbit ($9.99 per month or $79.99 per year), which it calls Fitness+. It includes numerous fitness classes you can watch on your iPhone, iPad or Apple TV, but it requires an Apple Watch to use. It also offers guided “Time to Walk” and “Time to Run” activities on the Watch. The walking guides usually feature interviews with guests like comedian Hasan Minhaj and the CEO of the Martin Luther King Jr. Center for Nonviolent Social Change, Bernice A. King. Each running guide focuses on a city and features music and coaching tips from Fitness+ trainers.

I’ll admit, it’s no fun paying a company more money every month after you’ve shelled out a few hundred bucks on its product, but that’s the world we live in today.

TL;DR: Tough to say, as both premium services are very different. Go with the Fitbit if you want deep data analytics. Apple’s classes are better and more fun.

Apple always costs more. It’s like a law of nature or something, and in this case, you’re paying $100 more for the base model of the Apple Watch 7 ($399 for the 41mm model and $429 for the 45mm model) over the Sense ($299, although it’s currently on sale for as low as $219.) You’ll pay even more for the Apple Watch if you choose the cellular version, which adds another $100. While you may balk at that extra cost, it is delightful to be able to leave the house without your phone, knowing you can still make and receive phone calls, handle messages and the like.

TL;DR: Fitbit, but the Watch’s extra cellular features sure are nice to have.

If we’re comparing two health trackers, it’s a win for the Fitbit. But we’re not. We’re comparing the Sense, a very capable health and fitness tracker with some smartwatch functionality, and the Apple Watch, a gold-standard smartwatch that also does health and fitness tracking very well. It’s not a simple comparison because which one you should buy depends on what you want to do with the device.

If you’re not an iPhone user, you should get the Sense. It’s an easy choice. It’s cheaper, it looks great and it does great health and fitness tracking. You won’t be sorry.

If you’ve heavily invested in the Apple ecosystem — as in, you own an iPhone, a Mac and an iPad and you subscribe to all of Apple’s services — then it’s the Apple Watch. Again, it’s an easy choice. Get an Apple Watch 7, and don’t look back.

If you’re not so deeply entrenched in Cupertino’s offerings and just have an iPhone but maybe use mostly Google’s or Amazon’s online services, it’s a little more complicated. The Apple Watch will pair nicely with your phone, but if all you need is health and fitness tracking, the Sense is a better value. But if you want a full-fledged smartwatch that replaces your iPhone in many circumstances, the Apple Watch is probably a better fit, despite its higher price. 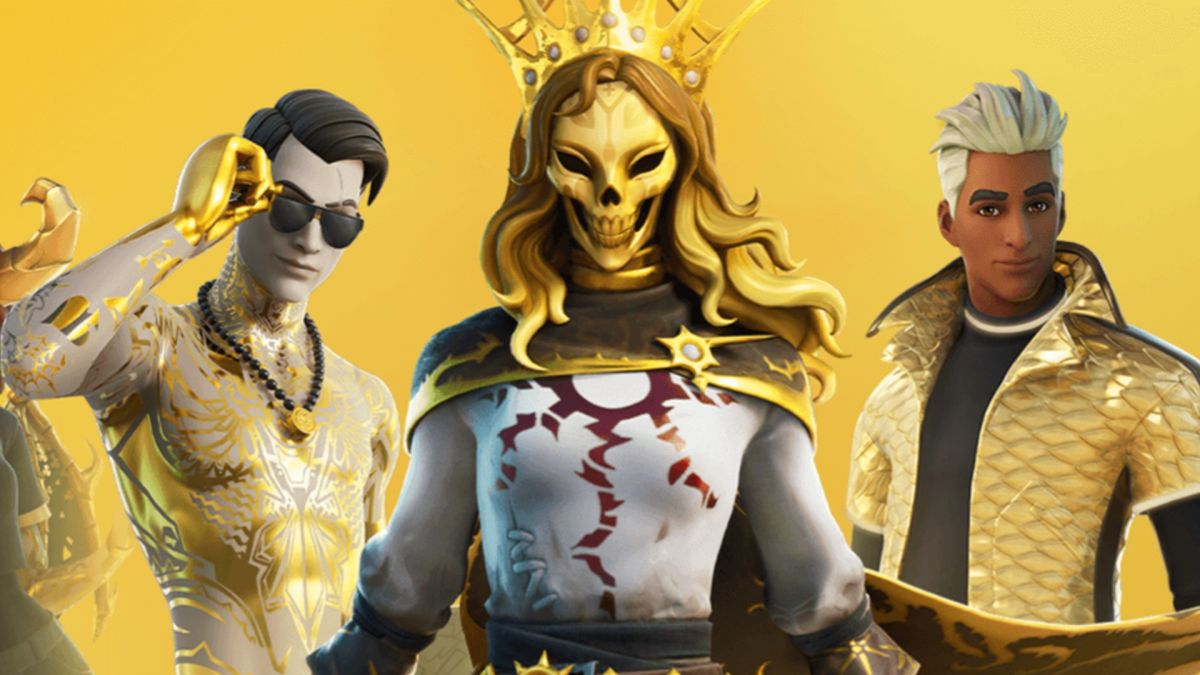