Control has only been around for a few days, and already huge portions of the Apex Legends community are calling for the limited time mode (LTM) to stay permanently. The new 9v9 game mode introduces a brand-new way for players to experience Apex Legends, taking the tried-and-true Domination game mode formula and adding a delicious Apex twist.

RELATED: Apex Legends Could Benefit From a Prestige System Like Call of Duty

But since Control is so different from its battle royale older brother, players may want to scope out some of the tips and tricks that can help push their team over the finish line. Whether it’s map knowledge or legend strats, there are tons of new ways to dominate in Control.

When players first jump into Control, they’re met with a loadout selection screen. Players can choose from various pre-made builds that include fan favorites like the Flatline and Peacekeeper, or they can roll with more niche builds that contain sniper rifles or secondary weapons like the Mozambique.

But these loadouts aren’t completely set in stone. Players can swap the default weapon sights on their guns for their preferred optics. Hate the 1x scope that your R99 came with? Exchange it for a 2x Bruiser! Or maybe you’re not a fan of the 2-4x scope on that Triple Take. No problem: grab a 2x or even 1x sight instead.

Movement and mobility are key to success in any Apex game mode. It’s no different in Control, where every second matters: time spent running between objectives is time that could have been spent fighting and capturing those control points.

Pathfinder’s zipline ultimate can really help players traverse the distances between points, shaving off valuable seconds. For example, place a zipline between the A and B objectives on the map Barometer, and your team will be able to rotate between points far easier than on foot. Unfortunately for everyone’s favorite robot, there aren’t any MARVNs on Barometer to bamboozle your enemies with, but your teammates will thank you for the handy zipline.

8 Armor Swap When You Can

Everyone starts out wearing blue armor (75 shields) in Control, but that can change — whether by increasing your Ratings in the match or, more easily, by looting one of the many care packages that arrive throughout the game. Purple armor is always useful to have, and thankfully players drop their care package armor when killed.

RELATED: Apex Legends Is Adding Too Many Weapons

In the middle of a firefight, armor swapping with someone’s dropped shields can mean the difference between life and death. Keep those eyes peeled, and you’ll be more likely to survive a push by the enemy team. Thanks to all the fighting that takes place on objectives, odds are there will be a purple shield lying around nearby.

With Wattson getting some well-deserved buffs in the previous season of Apex, she’s in the perfect place to help her team dominate in Control. While the battle royale meta of Apex has shifted in the favor of mobile legends like Valkyrie and Octane, Control’s objective-based gameplay lets Wattson do the thing she does best: defend.

Set up Wattson’s fences and pylon inside any of the objectives to keep enemies out or delay organized pushes. Even small things like forcing an enemy to shoot out Wattson’s fences before rushing in can break the enemy’s momentum, giving Wattson’s team time to organize their defenses. Some well-placed fences can really turn B on Barometer into one tough bunker to bust.

The same care packages that drop purple armor are also bound to contain some very useful weapon drops. And just like in the battle royale, players have a chance of picking up the almighty Kraber — the only one-shot headshot gun in Apex. While some players think the Kraber shouldn’t hang around in competitive play, the casual nature of Control is a great environment to play around with this powerful sniper rifle.

It’s not just the Kraber that players can find in the care package, too. With the limited number of predetermined loadouts, players might want to swap out a generally weak secondary like the Mozambique or P2020.

5 Use Valkyrie to Backcap Enemy Objectives

In Control, players can only spawn on the B point if they control the point between B and their base (either A or C, depending on the team). Cutting off reinforcements to B can help turn the tide of battle, so it’s always worth a shot to backcap the enemy’s forward operating base.

Using Valkryie’s Skyward Dive ultimate to quickly move from A to C or C to A can help a team capture the point before the enemy has even noticed what’s going on. Valkyrie is such a versatile legend, allowing her entire squad to tag along as well.

4 Use Revenant’s Totem To Rush Objectives

The Apex Games’ original simulacrum assassin has long been a force to be reckoned with, but Revenant’s totem ultimate really shines in Control. Place it just outside an objective to gain Death Protection and launch a barrage against the enemy’s defenses.

If an entire team of 9 can coordinate to use the totem at the same time, they become an unstoppable force. Even if everyone dies in Death Protection, if the totem is just around the corner from the control point, the second assault will likely be enough to overwhelm the enemy.

3 Take And Defend B ASAP

While Control is loads of fun to play, it certainly isn’t perfect. Because Control uses existing points of interest (Hammond Labs and Barometer) for its maps, they’re not perfectly balanced. As such, holding the B point — particularly on Barometer — can often hold the key to success in the game mode.

In most cases, it’s best to leave just one or two players to capture the forward operating base outside the team’s Home Base, with the remainder of the team rushing to B to arrive before the enemy. Barometer’s B objective even has a sniper’s nest up above, meaning that if a team locks it down early, it will be very difficult for an unorganized team to take it back.

Control is still in its infancy. With so many new legends to work alongside, there are countless combinations still left to be uncovered. Part of Control’s beauty comes from its sandbox environment: even though players have objectives, the casual nature of the game mode lets players try things they might not attempt in battle royale.

Take risks, because it might just pay off. Control doesn’t affect player stats, so those worried about kill-death-ratio can set those fears aside and experiment with new strategies, weapons, or legends.

Control isn’t just about getting kills. They certainly help, but the way teams win is by capturing and holding the majority of objectives. It doesn’t matter if players want to attack or defend, so long as they aren’t simply playing for kills. That means camping (outside the objective) isn’t going to be useful for achieving victory. Snipe to your heart’s content, but do so in a way that defends your key objectives rather than lurking in a far-off corner of the map.

Players should also keep an eye out for Capture Bonuses, which pop up every now and again. Whatever team owns that point when the timer runs out will snag a nice bonus, boosting their chances of victory.

Olympus has had a major facelift.


Tristan is an aspiring video game designer with a special interest in open worlds and puzzle games. His reviews of video games and films have been published in Bates College’s student newspaper. Having designed and developed several games himself, Tristan enjoys exploring cutting edge game technologies as well as the vast world of indie gaming. He loves sharing his behind-the-scenes view of game development and hopes more people all over the world will give game-making a shot.

What is the future of the Cleveland Browns offensive line? 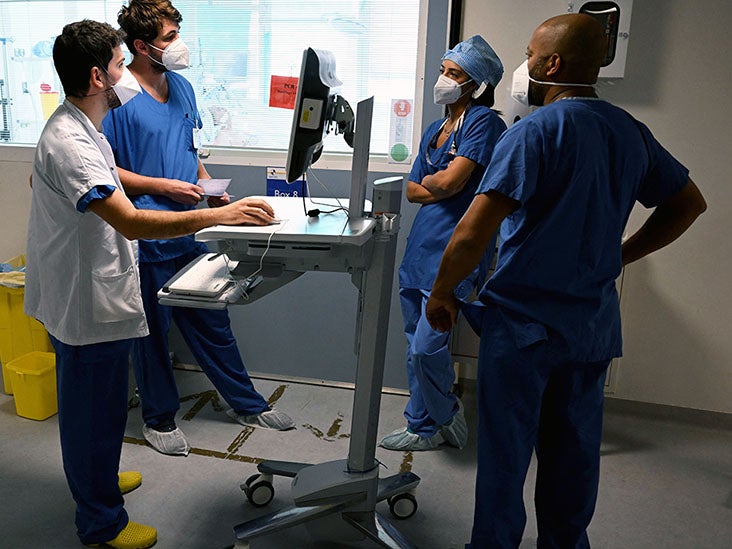 How does COVID-19 affect the brain?

IRS Deposit Dates 2022: When is the IRS sending refunds?