Analysis | Can the US Housing Crisis Be Fixed By Abolishing Zoning?

This is one of a series of interviews by Bloomberg Opinion columnists on how to solve the world’s most pressing policy challenges. It has been edited for length and clarity.Virginia Postrel: The lack of affordable housing in major US cities has impeded social mobility, fueled inflation and worsened economic inequality. You’re the author of a new book, “Arbitrary Lines,” which looks at the history of zoning and the role it’s played in the housing crisis. You emphasize that zoning is just one aspect of city planning. So, what is zoning?

The second piece of zoning is regulating density. Zoning places have strict constraints on how much housing you can build even in places where housing is allowed, or how much commercial floor area you can have even where retail is allowed.

VP: Is zoning a specifically US phenomenon?

NG: Most developed countries have something resembling zoning. They will say industrial building is not allowed in certain quarters of the city, or certain portions of the metropolitan area are going to be reserved for agriculture. But US zoning is unique in at least two ways. The first is single-family zoning. No other zoning system in the developed world, to my knowledge, demarcates specific areas only for single-family housing.

VP: What are the costs that we’re paying socially for the zoning regimes that we have?

NG: Zoning has four big costs. First, it increases housing prices. It does so in three ways: by allowing less housing to be built; requiring the housing that is built to be more expensive and generally larger than it might otherwise have been; and slowing down the whole process.

The second big cost of zoning is that it limits mobility into high-opportunity regions. The housing crisis is most advanced in affluent and extremely productive places like Los Angeles, New York, San Francisco, Boston. These are places that, historically, poor or working-class Americans could move to and find opportunity. But because the housing is so incredibly expensive, it’s hard for a normal person to move to, for example, the Bay Area. Now Americans move from rich places to poorer, less productive places. And we’re all poorer as a result.

That third piece is the segregation element. Segregation was a core objective of zoning.

NG: Class-based segregation. Zoning says, “In this neighborhood, you can only have a home if it’s on a 10,000-square foot lot. If you can’t afford that, then you don’t get to live there.” Of course, in the US context, class maps onto race, particularly black-white segregation. Zoning to this day maintains a high degree of economic segregation that would not have existed otherwise.

The fourth is the sustainability piece. Not everybody wants to live in an apartment or take a train to work or ride a bike to work. But many millions of Americans do. And most local zoning codes simply don’t allow for this, by limiting residential housing near, say, grocery stores or office buildings. Car ownership is written into law by zoning.

NG: When you live in LA, you become very aware of just how pleasant the climate is. Even the mid-Atlantic states, in places like New York and Philadelphia, it’s still temperate. Where energy consumption is most extreme is where we’re both originally from: the South. We’ve basically forced millions of Americans to move to those places where their energy consumption is going to go through the roof.

VP: You write about the origins of zoning in both New York and Berkeley, California. Can you explain what drove it?

Start with the “Baptists.” During the Progressive Era there was this notion that cities and markets are too scary and chaotic. Wouldn’t it be great if we got all the smartest people in the room to come up with a big master plan for what’s going to be allowed on every single lot in our city for the next 50 years? Most modern people look back and think that’s a little crazy. But that was the ethos.

The bootleggers were the landlords who — in the Manhattan context — think, “Way too much office supply is being built in lower Manhattan and it’s lowering the value of my assets.” In the Berkeley case, if you read the zoning promotional materials, one paragraph will say, “We need to adopt zoning so we can keep industry out of residential neighborhoods.” With modern eyes, you read that and think, Yeah, that makes sense. You don’t want an oil refinery next to your house. But then the next paragraph explains what industries they’re concerned about. It’s Chinese laundries. Or dance halls that are bringing African Americans into the neighborhood.

In New York City, shopkeepers on Fifth Avenue were worried about loft manufacturing moving closer to the shopping district. Again, you read that with modern eyes and think, OK, factories. There must have been smoke or noise or vibrations. But the shopkeepers’ specific concern was that poor Jewish factory girls are coming to window-shop along the corridor, and they’re scaring off our elite clientele. Zoning is much more of a social project than it is a good-government process.

VP: You repeatedly make the point that zoning “cannot build a building. It can only ever stop something from being built.” Why is that an important distinction?

In LA, there are a lot of conversations about getting rid of minimum parking requirements. And people say, “Come on, you’ve got to have somewhere to park.” But getting rid of minimum parking requirements isn’t saying to developers that you’re not allowed to build any more parking. It’s saying that we’re not going to force you to build any parking. We’re not going to mandate things that you wouldn’t otherwise have done. It’s a really important difference.

VP: Sometimes Republicans portray zoning liberalization as an attack on homeownership or suburbs. But one of the points that you make in your book is that it’s happening in conservative places, such as Arkansas.

NG: Northwest Arkansas has done a lot of reforms. Fayetteville shows that these are important issues for midsize and small cities. You can get rid of minimum parking requirements for commercial properties and it’ll be easier to redevelop your main streets and fill some of those empty storefronts. If you allow accessory dwelling units on every residential property, your town is not going to turn into Kowloon Walled City. But a few more seniors will be able to stay in their homes.

VP: Houston is the great American un-zoned city. Why doesn’t Houston have zoning and why isn’t it a disaster, with tanneries next to bungalows?

NG: Houston made basically every planning mistake you could have made in the 20th century. They built the giant freeways. They did some ill-conceived urban renewal. They maybe weren’t sensitive enough to environmental planning. But they avoided one really, really big mistake: they were the only major US city that didn’t adopt zoning.

The sky is not falling in Houston. It’s America’s most affordable and most diverse city. It has an extremely low rate of homelessness, because when there are a lot of cheap apartments, even people who might be struggling with mental illness or drug addiction can still keep themselves housed.

There are a few things that make Houston work. One is that there are certain mechanisms that naturally separate the most incompatible uses. Take the leather tanning facility. Yeah, I don’t want one of those next to my home. And guess what? The leather tanning people don’t want to be next to my home either. Industrial facilities want to be near the port, near main rail lines, near freeway interchanges. They don’t want to be next to someone who’s going to complain and launch a nuisance suit and just generally be a headache for them. Commercial buildings generally want to be on major corridors. Homes generally want to be on quiet side streets. The big offices want to be at central locations. So there’s some natural self-sorting.

Houston also has a private system of land-use regulation. If a group of homeowners wants to have much stricter land-use regulation, they can opt into it. They have to convince their neighbors to sign on to a deed restriction. They can control development within their little tiny bubble. But it’s quite different from zoning. It leaves the vast majority of the city free to reinvent itself and adapt to changing needs.

VP: The title of your book is “Arbitrary Lines.” Why that emphasis on arbitrariness?

NG: Things like “floor area ratios” feel very scientific. Things like parking spaces-per-unit feel very scientific. And they’re presented in zoning ordinances, or by planners who are still drinking the Kool-Aid, as if these are authoritative measures that represent some reality intrinsic to the universe. But you scratch ever so slightly at the surface, you realize that these were completely arbitrary standards pulled out of a hat. And they dramatically limit where and how Americans can live their lives. Once you appreciate that, the idea that they should be abolished becomes significantly less extreme.

VP: I’m like you: I like dynamics in cities. But some of us tend to downplay the emotional attachment that people have to their homes, to the feel of their neighborhoods, to the landscapes that trigger their memories, to neighbors that they identify with. These concerns aren’t the exclusive territory of rich white people. How do you address them?

NG: People do have an intuitive conservatism about what happens around their community. I don’t think that’s worth mocking or dismissing. It’s appropriate to say there should be some preservation of outstanding monuments or culturally important places. People absolutely should have a say in what their community looks like. But we’ve spent the last 50 or so years really privileging people who have this extremely sentimental, extremely conservative view of their communities and their neighborhoods — this idea of, I want everything to stay the same, I like it the way it is. It’s weird when people are living in the heart of a city like New York City or Los Angeles, places that are only great because they can remain dynamic and because they can change. It’s a fundamental misunderstanding of what a city is: a living, dynamic thing that is maintained and kept great by the individual plans of the millions of people who inhabit it and engage with it. The more you try to put that in a straitjacket, the more dysfunctional cities will become.More From Bloomberg Opinion:

The Housing Market Is Healthier Than You Think : Conor Sen

The Home Improvement Boom Is Over: Brooke Sutherland

Virginia Postrel is a Bloomberg Opinion columnist. She is a visiting fellow at the Smith Institute for Political Economy and Philosophy at Chapman University and author, most recently, of “The Fabric of Civilization: How Textiles Made the World.” What are anchor texts and how useful is their placement for SEO? 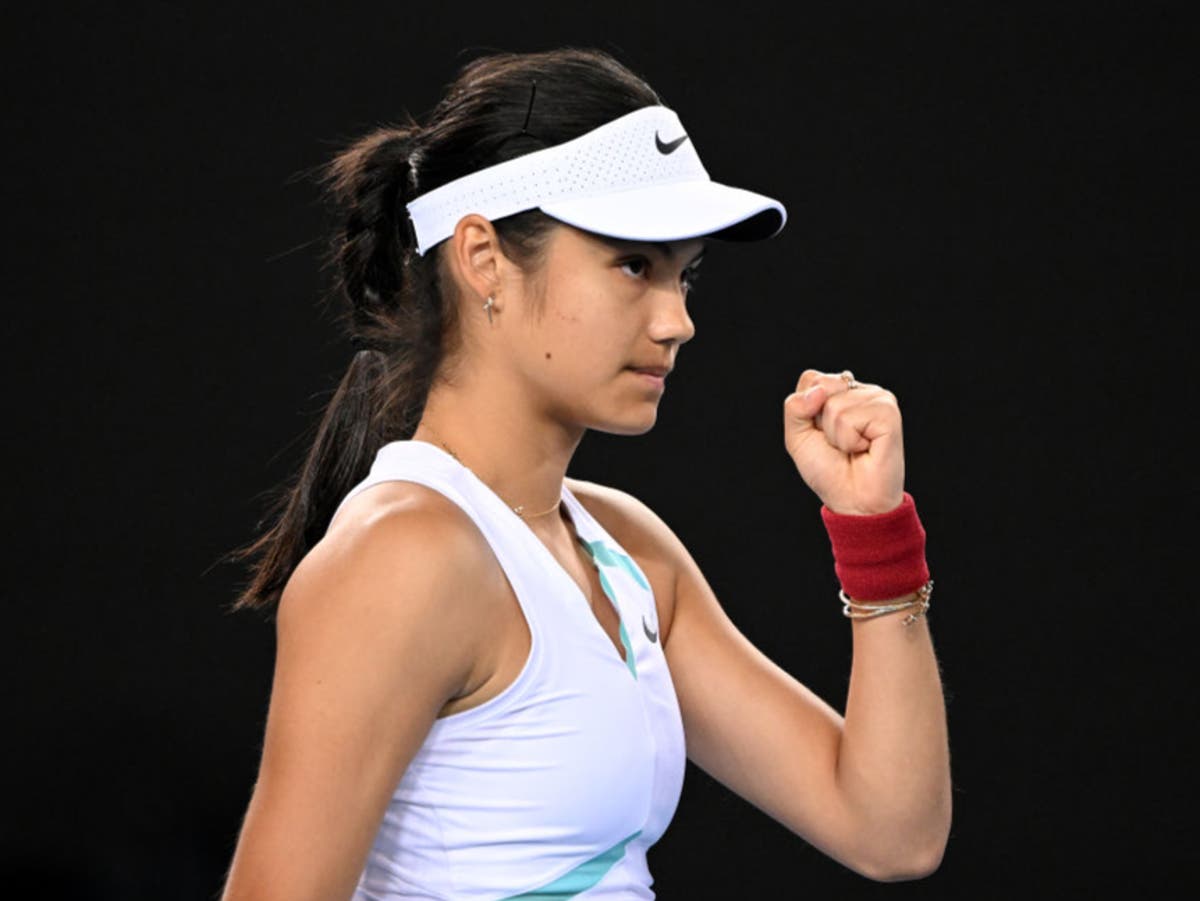 When is Emma Raducanu’s next match at the Australian Open?