If you’re an “All of Us Are Dead” fan, but you’re looking for something with a different sort of monster, then you should try “Blood Red Sky.” The German-British film takes place on a very perilous flight, as a group of hijackers take control of an airplane, not knowing that there’s some precarious cargo on board.

A woman named Nadja (Peri Baumeister) is accompanied by her young son, Elias (Carl Anton Koch), aboard the late-night flight, and they’re en route to New York for her to receive some much-needed treatment. What no one knows, however, is that her secretive disease is actually vampirism, and she’s only been controlling her violent urges by injecting herself with vials of suppressants. But once the terrorists take over the plane and threaten her son’s life, Nadja finally lets her fangs loose to fight back.

The trouble is, even though she’s tried to contain both herself and the spread of her venomous affliction, she risks turning everyone on board once she goes into beast mode. Just as half-zombies like Choi Nam-ra (Cho Yi-hyun) have to learn to control their urges to bite the people they love, Nadja has to suppress her own thirst for blood to protect her boy. 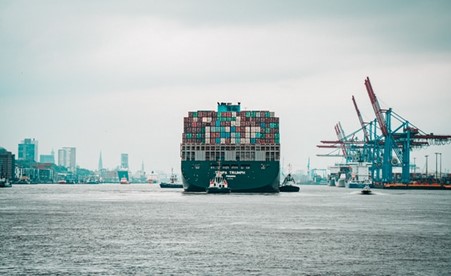 Michael Kotendzhi Answers What is a Decentralized Supply Chain?