Actress Kate Winslet will star in a new episode of TV drama “I Am” with her 21-year-old daughter Mia. This is Team Winslet! Actress Kate will star in a new TV drama with her 21-year-old daughter Mia… eight years after they both appeared in a period film

By Eleanor Sharples TV and Radio correspondent for the Daily Mail

She has appeared with some of the biggest names in TV and film – from Leonardo DiCaprio to Ralph Fiennes.

But Kate Winslet’s latest role will see her starring alongside her 21-year-old daughter in the Channel 4 drama I Am.

Miss Winslet and Mia Honey Threppelton will star in the first feature-length episode of the acclaimed series.

Mia Threepleton, 21, is following in her mother’s acting footsteps, so far starring in the low-budget 2020 film Shadow

Each episode is developed by Savage in collaboration with the lead actor, for whom each story has a personal resonance.

This is the first project in which both mother and daughter have acted in lead roles together.

However, Miss Threepleton had a small part in 2014’s A Little Chaos, where Miss Winslet was in the lead.

The Oscar-winning mother of three said: ‘I have always admired Dominic’s work and especially his commitment to telling real stories.’ 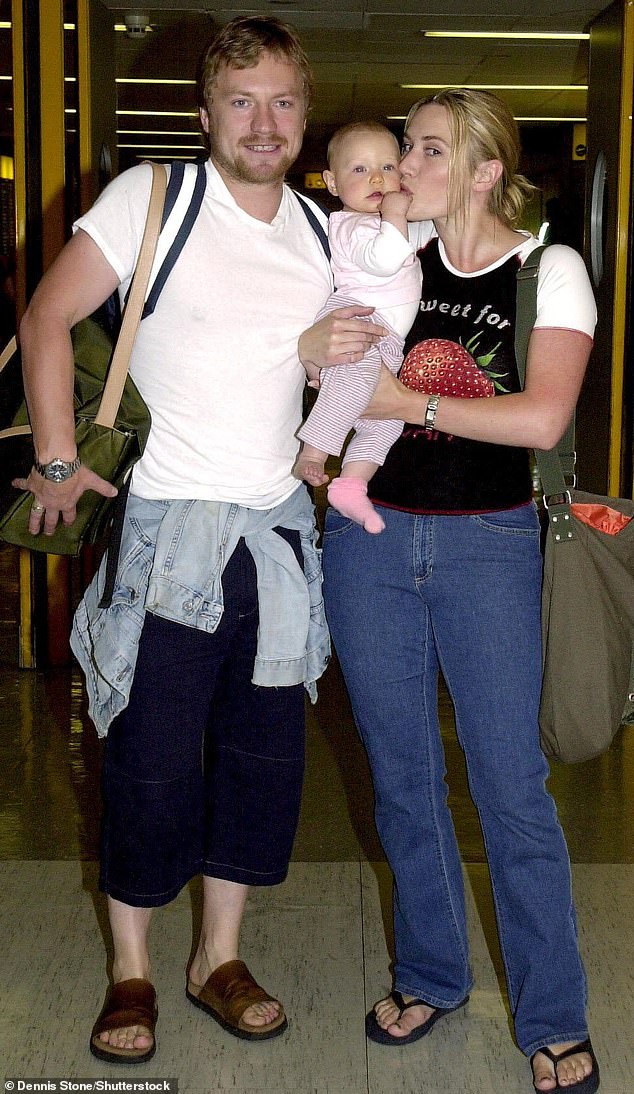 Mia as pictured as a child with her parents, director Jim Thripleton and actress Kate Winslet in June 2001

According to Channel 4, the I Am program traces the experience of women in moments that are ’emotionally raw’.

Miss Threepleton’s father is director Jim Threepleton, to whom Miss Winslet was married from 1998 to 2001.

Miss Threepleton is following in her mother’s acting footsteps, so far starring in the low-budget 2020 film Shadow.