The Supreme Court yesterday blocked a Texas law aimed at stopping what its supporters called censorship of conservative voices by online platforms. Tech companies said the law violated their First Amendment rights and limited their ability to moderate content.

The court granted an emergency request to block the law from trade associations representing major tech companies like Facebook and Twitter. The speedy 5-to-4 decision does not necessarily mean that the justices would ultimately agree with the tech industry’s claims in a full review. But it does mean that a majority disagreed with an appeals court ruling last month that allowed the law to go into effect while challenges were pending.

This is a fight over competing visions of free speech. The Texas law, HB 20, bans platforms with more than 50 million active monthly users from removing posts based on the views they express, even if they violate the companies’ content moderation policies. The decision yesterday gave the tech industry groups NetChoice and the Computer & Communications Industry Association another temporary win, but there is a long legal road ahead.

“While today’s victory is welcome news, we’re only halfway there,” NetChoice’s policy counsel, Chris Marchese, said in a statement on the ruling. Lower courts will decide on the legal issues. And appeals are very likely to follow because the Texas attorney general, Ken Paxton, and the tech companies appear similarly determined to win.

The Supreme Court may end up reviewing the issues in full. First Amendment experts generally agree that the government cannot tell private companies how to handle speech or content on their platforms, and the law on this appears well settled. But the Texas situation is raising questions. A majority of justices issued a terse decision on the emergency petition that did not address the constitutional claims. But Justice Samuel Alito, joined by his colleagues Justices Clarence Thomas and Neil Gorsuch, dissented at length, suggesting that they may be willing to rethink what seemed like fixed principles. That makes this dissent both surprising and significant, said Genevieve Lakier, an expert on the First Amendment at the University of Chicago Law School.

Justice Elena Kagan, a liberal, noted only that she would deny the tech companies’ request. Some observers suspect that this was because she did not want a case from the court’s shadow docket — where decisions are made quickly and with minimal process — to disrupt the status quo, and that it was not a reflection on the constitutionality of the Texas law.

Spirit Airlines’ shareholders are urged to reject a deal with Frontier. A prominent shareholder advisory firm said Spirit shareholders should opt for a higher offer from JetBlue. The firm said that while a deal with JetBlue might face more regulatory scrutiny, it would give Spirit investors more money and more choice.

The FAA limits self-regulation privileges for Boeing. The agency said it had issued Boeing a shorter extension than the company had sought to conduct some of its own regulatory checks. The self-regulation program drew criticism after two fatal crashes of Boeing’s 737 Max.

The head of a top German investment firm resigns amid “greenwashing” allegations. Hours after the police raided the offices of DWS and its majority owner Deutsche Bank in Frankfurt, DWS said Asoka Wöhrmann would resign. A former executive has said the firm misled investors about its use of environmental, social and governance criteria in investing.

Tech experts urge Congress to resist crypto lobbying. A group of 26 computer scientists and academics sent a letter criticizing crypto investments and the industry’s claims about security and decentralization.

Another whack for SPACs

A crackdown on the public shell firms known as special purpose acquisition companies that began at the SEC has reached Congress, and new legislation is in progress. The companies, SPACs, are formed to acquire a business and list it with less fuss than a traditional IPO but some officials say the hastier and hazier SPAC process favors insiders and financial institutions, while incentivizing bad deals that leave retail investors with losses.

“SPACs and SPAC sponsors are abusing loopholes and gaps in current securities law,” Senator Elizabeth Warren, Democrat of Massachusetts, argues in a report released yesterday. The report calls for a law that would codify rules proposed by the SEC in March — and go further, with more disclosures and added liability for major players.

Warren and the SEC are focusing on “evening the playing field” between SPACs and IPOs Her report points to several major issues with SPACs, including:

Looming scrutiny has contributed to SPACs’ fading luster. The SEC’s plan is still open for public comment, but it has already chilled enthusiasm amid a wider market downturn. Forbes just scrapped its SPAC plans. Goldman Sachs is shrinking its SPAC business. More than 600 SPACs raised some $160 billion last year, according to SPAC Research, while about 50 blank-check firms raised $10 billion in the first quarter of 2022, and activity this spring is substantially compared with the last.

Who supports a new law? A spokeswoman for Warren told DealBook that it was too early to name potential co-sponsors, and that guarding against SPAC abuses is popular across the political spectrum. But given Republican resistance to the SEC rule-making agenda, divisions in Congress and a possible reshuffling after midterm elections, SPACs seem an unlikely priority.

Coinbase will hold the second annual shareholder meeting in its brief history as a public company today. Expect some unhappiness from investors. The crypto exchange’s stock price has fallen to just over $78, from $357 in November. One of the problems: Coinbase charges its customers relatively high fees, compared with other more traditional stock brokerage or banking services. As crypto matures, those fees are likely to come down, leaving Coinbase’s vulnerable.

Coinbase’s high fees have received some attention lately. The short seller Jim Chanos said recently on a crypto podcast that the fee issue was one of the main reasons he started betting against the company this year. In the first half of last year, Coinbase generated fees equal to about 4 percent of its assets under management, on an annualized basis. Chanos said those fees were “stunning,” noting that brokers like Charles Schwab earned “a fraction of that.”

The company’s fees are already falling. In the first quarter, Coinbase’s overall revenue fell by nearly 30 percent from a year ago, and now equates to less than 2 percent annualized of its client’s assets. Chanos predicts Coinbase’s fees will continue to fall, especially as competition heats up. Online reviews say Coinbase has higher and more confusing fees than rival crypto exchanges. But those same reviews say Coinbase is easier to use, potentially justifying the higher fees.

Coinbase says its fees are not under pressure. When asked about fees, a companyCoin pointed to recent comments by Brian Armstrong, who attributed the company’s falling revenue drop in transactions, not a change in its fee structure. “We’re not seeing competition on fees,” Armstrong said. But he also said the company was testing a new flat-fee monthly subscription service, as well as other new offerings. What’s more, he said more than half of Coinbase’s clients were using the service for more than just transactions, making Coinbase more akin to a primary financial account than a trading platform.

“It starts with a simple proposition: Respect the Fed, respect the Fed’s independence, which I have done and will continue to do.”

— President Biden on his plan to address inflation, before a meeting yesterday with the Fed chair Jay Powell, Administration officials have said they hope the Fed can lead the charge against inflation without causing a recession.

Is it legal to seize Russia’s money?

The White House, which led the initial push to generate consensus around sanctions on Russia, has been reluctant to join an effort to seize more than $300 billion worth of Russian assets to help with the rebuilding of Ukraine.

That movement is being led by a number of leaders from Europe as well as Canada. The confiscated assets — mostly foreign currency reserves from Russia’s central bank held in European banks — would be put into a fund to assist Ukrainian cities and towns devastated by the war, The Times’s Alan Rappeport and David Sanger report.

There is a dispute over whether US law allows seizures of Russian assets. Treasury Secretary Janet Yellen has said the US can’t legally participate in this plan. Some legal scholars disagree. After the Sept. 11 attacks, the president was given expanded powers to claim international assets. But the Biden administration would have to determine that Russia poses a certain threat to America. Past asset seizures involving Venezuela, Iran and most recently Afghanistan were considered legal, officials say, because the US didn’t recognize the countries’ governments as legitimate.

Biden officials worry more seizures could weaken the dollar. Other nations like China are reluctant to keep their reserves in dollars for fear that they might be seized. That could hurt the currency’s value and America’s ability to borrow. Economists are concerned that the dollar could be replaced by the Chinese renminbi, or maybe even Bitcoin, as the world’s go-to reserve currency. How To Build A Remote Team For SEO: Planning & Structure 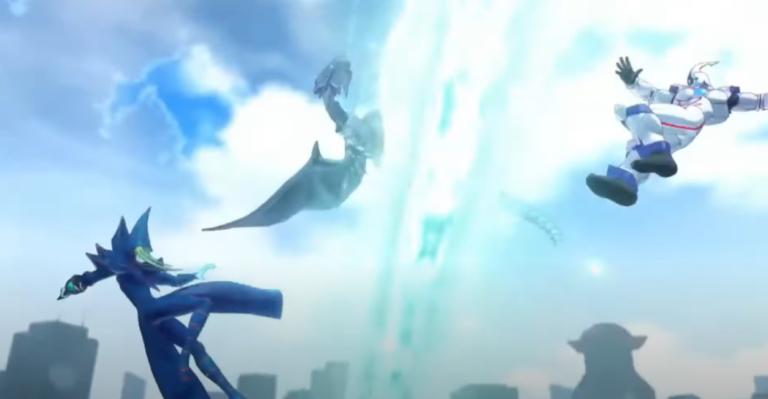